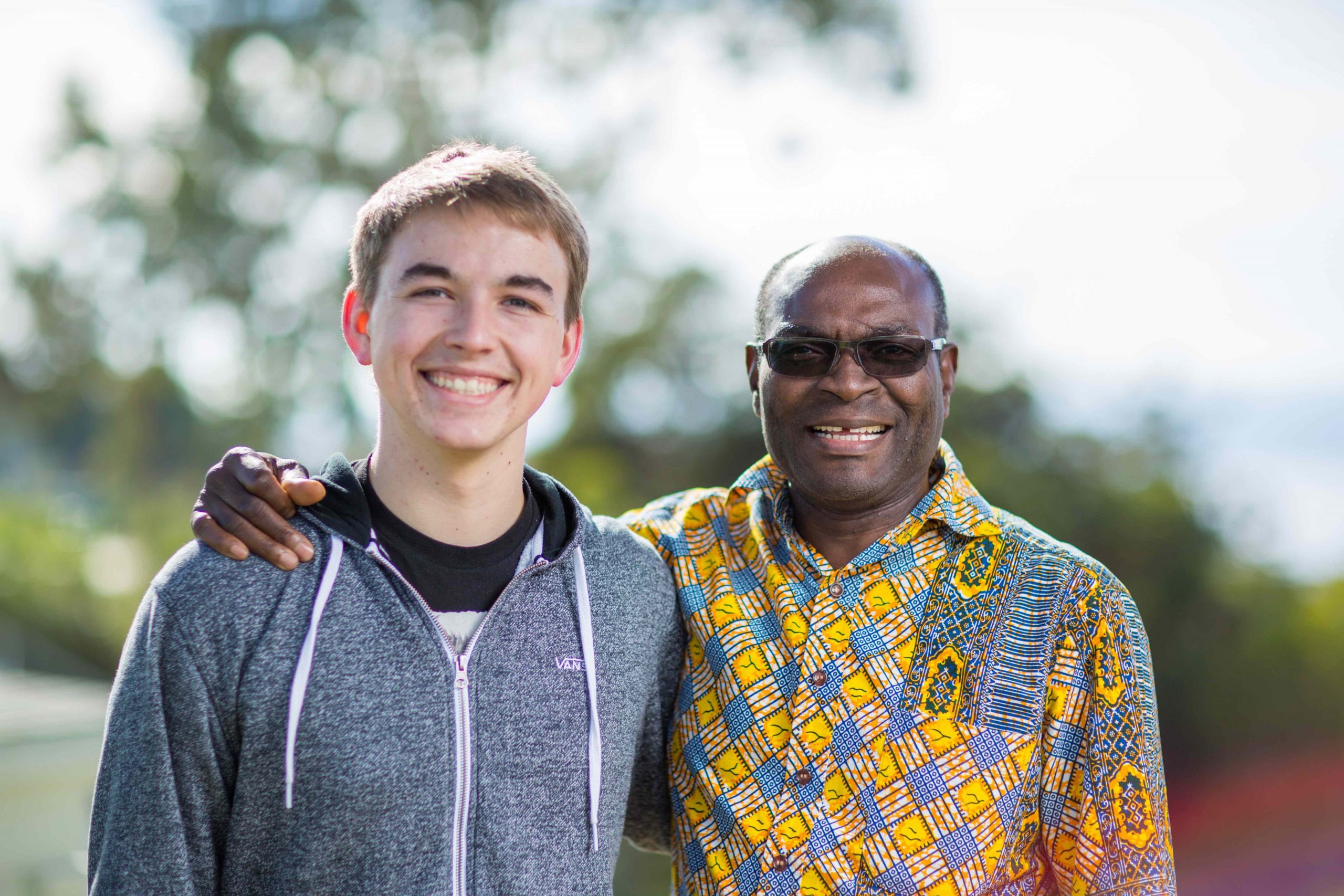 As the 2019-20 school year ends, PLNU must also part with some of the amazing staff and faculty who are retiring. Join us in celebrating the legacies and contributions of Alan Hueth, Carol Blessing, Linda Hensley, and Senyo Adjibolosoo.

Alan C. Hueth, Ph.D., is overwhelmed with thankfulness to God for so many blessings at PLNU. He is thankful for the blessing of investing in others for 18 years and for the blessing of living in beautiful San Diego. He is also grateful to God for PLNU’s administrators and his academic peers. Their support of Hueth and the media communication major and broadcast journalism/multimedia journalism programs were deeply significant for him.

“I’m especially thankful to God for so many outstanding students who have done great work over the years.”

“I’m especially thankful to God for so many outstanding students who have done great work over the years — with 26 films and television shows getting into 52 student and professional festivals and winning 27 awards since 2005,” Hueth said. It has been a blessing to see his students’ success in so many media careers, including radio, TV, and film companies such as iHeart, DreamWorks, Disney Motion Pictures, Paramount Studios, NBC Universal, and dozens of television stations and independent film and television production companies all over America. “I thank God for these rewards and blessings that will forever remain great memories.”

Carol Blessing, Ph.D., served at PLNU for 27 years as a professor of literature and women’s studies and was previously chair of the Department of Literature, Journalism, Writing & Languages.

She holds three English degrees: a doctorate from the University of California at Riverside; an M.A. from California State University, Los Angeles; and a B.A. from Messiah College. She has edited a reference book on John Milton and published essays in books and journals on Liberian poet Patricia Jabbeh Wesley, Queen Elizabeth I, Mary Queen of Scots, Amelia Lanyer, Julian of Norwich, Early Modern English drama, Deborah the Judge, and early Methodist women preachers. She looks forward to spending her retirement time researching and writing; traveling with her spouse, George; and doing volunteer work in literacy education.

Linda Hensley, DNP, RN, CNS, has been at PLNU since fall 2010, serving as associate professor of nursing at the sophomore level and as associate dean for the Bachelor of Science in Nursing (BSN) program. She also served as an adjunct clinical instructor for three years after earning her master’s degree from PLNU. She holds three degrees: a doctorate from Brandman University; an MSN/CNS from PLNU; and a BSN from San Jose State University. She has participated in presentations, has been published in a nursing journal, and has submitted short stories for a nursing book coordinated with Rev. Carmen Warner-Robbins, MSN, M.Div., RN, FAAN.

Hensley has enjoyed her career with PLNU and loves nursing and teaching. After retirement, she looks forward to spending more time with her husband, daughters, and four grandchildren and hopes to purchase a lakefront home in Maine, where it will feel like vacation all the time. She also looks forward to having more time to practice her violin and continue taking lessons.

Senyo Adjibolosoo, Ph.D., grew up in Ghana and completed his undergraduate studies at the University of Ghana in Accra. It was during that time that his faith deepened immensely. After graduating, he taught at Sekondi College in Sekondi-Takoradi for two years. He then moved to Toronto, Canada, where he earned his master’s degree in economics in 1983 from York University. He then moved to Vancouver where he earned his doctorate at Simon Fraser University in Burnaby. He next became an ordained reverend minister at the Great Commission Church International (GCCI) in Ghana.

In July 2000, Adjibolosoo began teaching economics at PLNU, where he also earned an M.A. in Education. Adjibolosoo is also a
distinguished Toastmaster.

“I love Jesus very dearly,” he said. “Sincerely, I’ll forever miss the piece of the Universal Library at PLNU to which He enrolled me to experience, learn, grow, and mature. I remain thankful to every community member who also served as a unique reading material — propelling me to the next station. For this, I remain, forever, thankful.”

“Sincerely, I’ll forever miss the piece of the Universal Library at PLNU to which He enrolled me to experience, learn, grow, and mature. I remain thankful to every community member who also served as a unique reading material — propelling me to the next station. For this, I remain, forever, thankful.”