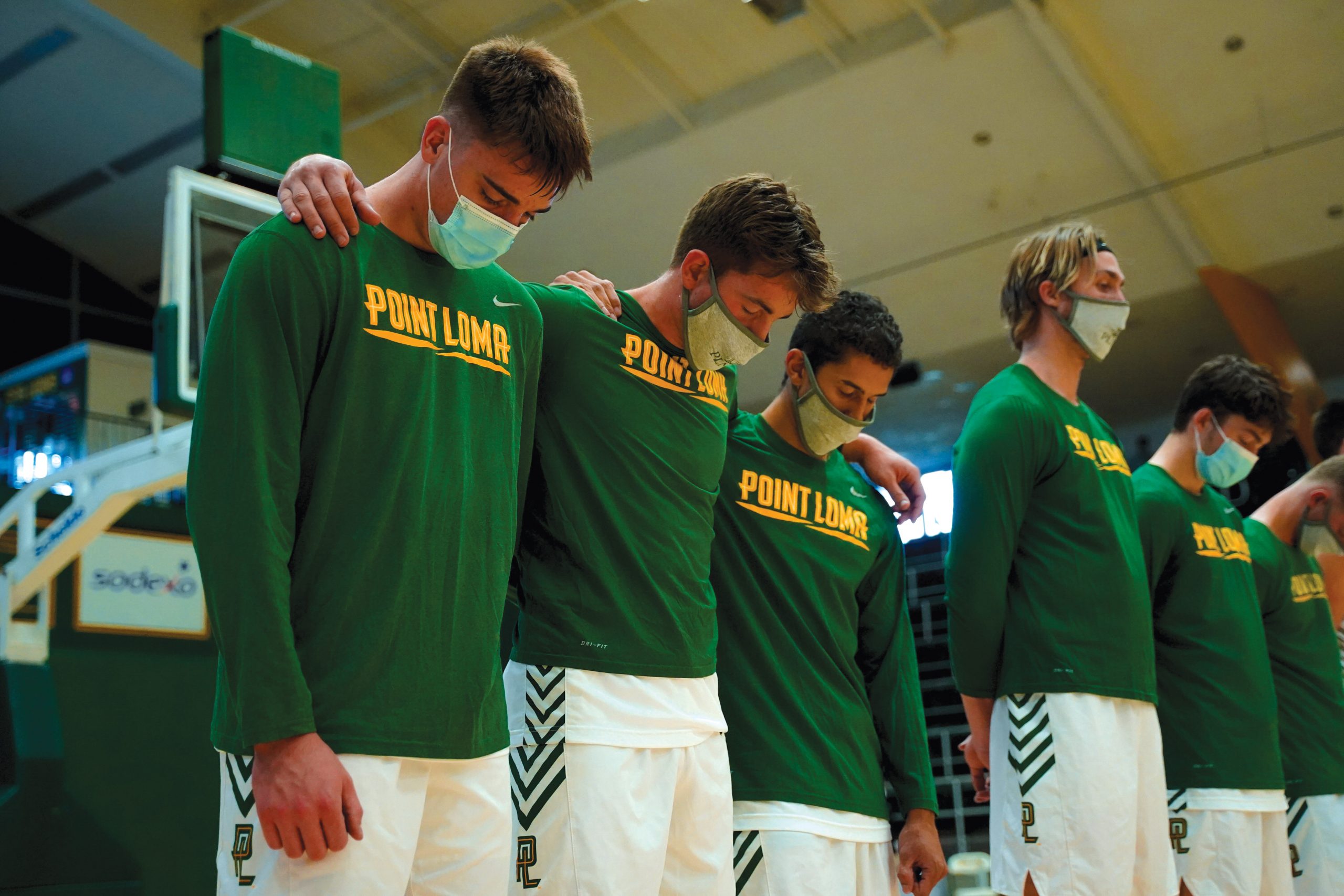 The Sea Lions saw all outside athletics competitions shut down in the fall, but the student-athletes still had the opportunity to train and improve their craft. For eight weeks extending from September to the middle of November, student-athletes from almost all the Sea Lion teams returned to campus to practice and get back in the weight room, which was moved outside behind Golden Gym. Their efforts were all focused on the goal of getting back on the field, court, or track in the winter and spring.

Through the efforts of Point Loma and the PacWest to implement strict regulations and regular testing, the teams began to compete again in January 2021.

Return to competition began when the men’s and women’s basketball teams hosted Northwest Nazarene on January 15 for the Sea Lions’ first game since March 7, 2020, when Brock Mackenzie hit a buzzer-beating shot in overtime to capture the PacWest Tournament Championship. While each team will have a very abbreviated season, all but cross country will have the chance to put on the Green & Gold during the winter and spring.

The soccer teams kicked off their seasons in early February, followed by tennis, golf, and track & field later in the month. Baseball and volleyball will get underway in March.

The fall sports will not have the chance to compete in NCAA postseason play this year, but all other teams will have the opportunity.

To updates and tp stay-up-date with the Sea Lions visit their website or follow them on social media.