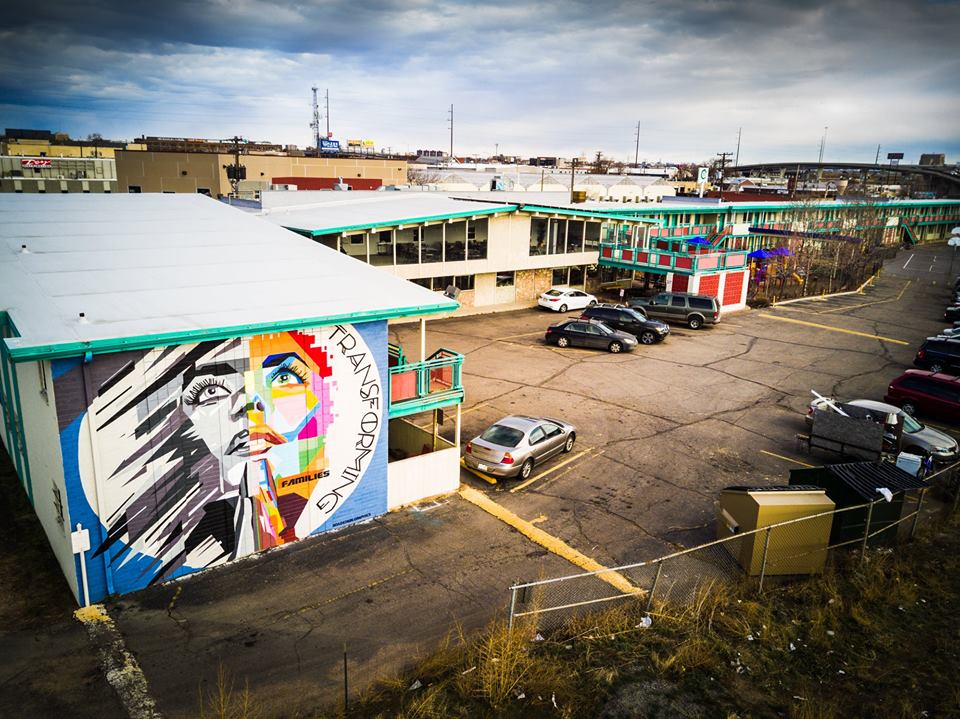 Home Topics Faith & Ministry A Ministry of Presence: Corbyn Small Fosters Community in His Own Backyard

It was during a vision trip with Plant with Purpose to the Dominican Republic when Corbyn Small (08) began to hear God’s answer to his prayer: what was he being called to do in service to others and God? Part of that response included coming to understand that as a follow of Christ, the work of love God calls each of us to cannot ever be compartmentalized or siloed off from the rest of our lives.

“I got to see how members on our staff in the Dominican Republic were compelled to do the work that they were doing because of Christ’s love for them,” Small said. “They were using their talents in agriculture and business and as pastors to serve their community. I felt convicted by what I saw, and even though I was doing much of this work, I had had the temptation to compartmentalize my ministry work and feel good about the fact that I was working for this Christian non-profit organization.”

In other words, although Small was employed for the Christian non-profit Plant with Purpose, which works to alleviate poverty in rural areas of the world by empowering local communities to increase farm yields and establish sustainable agricultural practices, he realized it wasn’t enough. He was called to live out his call to serve communities in a more comprehensive way, similar to what he witnessed with one man.

But he was doing this in his own backyard, and it made me ask the question: What am I doing in my own backyard to serve my community?

“Our director in the Dominican Republic worked for the Ministry of the Environment for many years,” Small shared. “Being from the Dominican Republic, he got his education from Texas A&M in agriculture and economics and took that education back to the Dominican Republic to help families increase their crop yields and nutrition. He shared with me the story of his incredible conversion experience, and how with the Holy Spirit pouring over him he now connects what God created him to do, which is to be really good at agriculture and ecology, with his love for God and others. But he was doing this in his own backyard, and it made me ask the question: ‘What am I doing in my own backyard to serve my community?’”

Small had realized he wanted to be pursue the work of community development before he began working for Plant with Purpose while he was a student at PLNU. It was professor Rob Gailey, Ph.D., and his course Theories of Economic Development that had ignited this passion.

“I love the principles of community development and walking alongside communities, rather than creating a hierarchy of ‘us’ and ‘them.’ Poverty is broken relationships with your economy, with your neighbor, and a marred self-identity,” Small said. “Rob Gailey taught me these things in that course, and that course ended up being a very pivotal one for me.”

This desire to serve communities eventually led him to Plant with Purpose. However, from his experience of being in the Dominican Republic, he began to understand this God-given passion for serving others demanded more from him. He felt he needed to be serving not just abroad, but in his own backyard as well.

As a response, he started participating in Big Brothers Big Sisters of San Diego County, which he did for a couple of years. Staying with Plant with Purpose, Small then transferred to their Denver office due to the opportunity he saw in grassroots marketing and in being able to coordinate internship and volunteer opportunities. When he got there, he started looking for local organizations doing good community development work in accordance with his desire to continue being directly involved with his local community.

“I asked some friends from the area what are organizations in Denver that are doing good community development work that are focused on equipping and empowering and not creating an ‘us’ versus ‘them’ mentality, but about relationships and being incarnational,” Small shared. “That’s when they directed me toward Joshua Station.”

Joshua Station is an organization that helps homeless families transition to stable housing. The ministry provides temporary housing for homeless families as well as support services that include counseling, skills development, parenting guidance, and education.

Related Article: How a PLNU nursing student went from homelessness and couch-surfing in high school to a graduating debt-free.

“I took a position there as a resident volunteer, which was literally about being a good neighbor,” Small said. “I lived in the apartment where these families also were living. The position of resident volunteer was not a leadership role. It was literally about just getting to know my neighbors, cook with them, spend time with them. Henri Nouwen writes about the ministry of presence. During my time there I realized God’s already at work, and that He invites us to participate in that work.”

It was literally about just getting to know my neighbors, cook with them, spend time with them.

It was about simply being present, not trying to give these families anything in a way that can imply superiority or some kind of hierarchy between “those helping” and “those being helped.” When he got married, his wife moved in with him at Joshua Station and they continued to be present to the families there. He ended up staying there for four years: living as part of a community of transitioning families, getting to know and love them, as well as being known and loved by them.

“My wife and I formed relationships with families that were coming from really hard places, and I recognized the privilege that I was born into while also seeing that we’re all human beings and we all have struggles and challenges,” Small said. “And that, frankly, where you’re born makes a huge difference as to the obstacles and opportunities you’re going to experience.”

He gave the example of a woman and her daughter to whom he and his wife have become very close.

“There’s a single mom who moved to the United States looking for better opportunities and got into a relationship that was extremely abusive. She was able to acquire legal aid, which helped her get out of that abusive relationship and connect her with Joshua Station. She has one daughter and her whole focus is on this little girl,” Small shared. “The constant fear that she has to live in is something I’ve never experienced before. Her absolute and utter devotion to providing her daughter with better access to education and opportunities than she had growing up in Latin America is amazing. It exposed the privilege and opportunity that my wife and I have had, and caused us to ask lots of question about how we spend our money and time. We experience God through our relationship with this family, and she is currently in long-term stable housing. This family remains near and dear to us and we spend time with them often since neither of us have family here in Denver.”

Accepting the blessings Small and his wife have been given led to what they did next. Instead of buying a single family home, they decided to buy a triplex where they could learn to live on less while providing two housing units at an affordable rate to a pair of families in Denver. 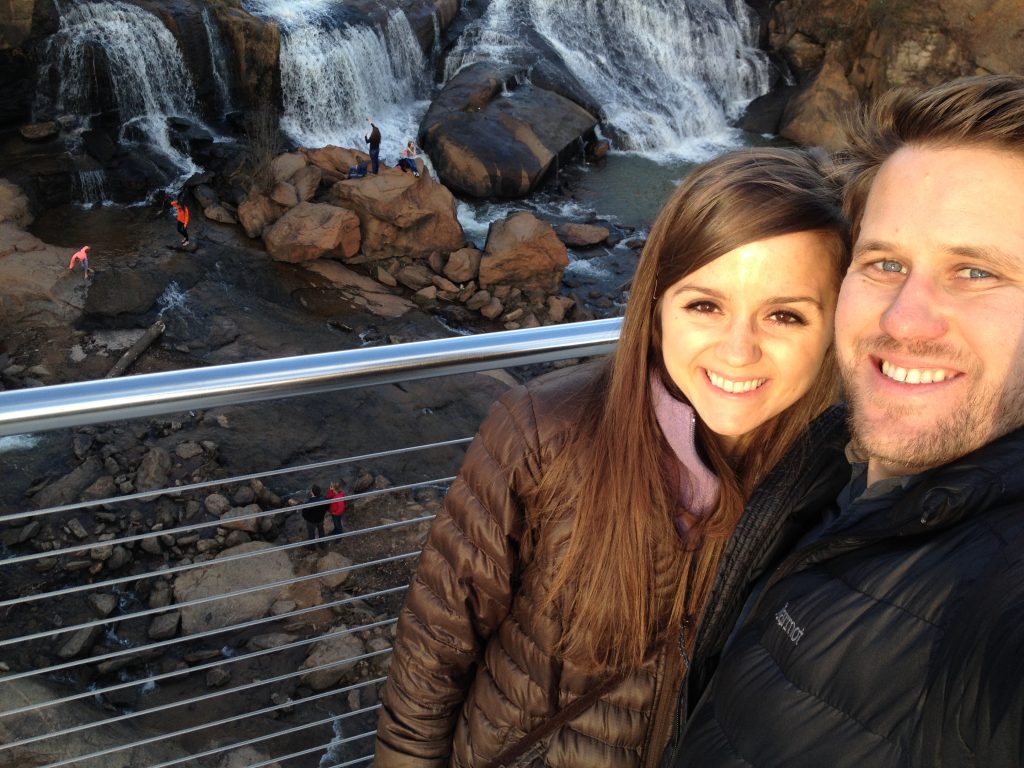 “We want to be able to provide housing where families pay no more than 30 percent of their income toward housing. The one family we rent to used to be our neighbors at Joshua Station,” Small said. “They graduated and moved out and have been living now with us as neighbors for the last year. The other family has been in Denver for a while. The housing here is insane. Families have to make a lot of money to be able to afford it.”

While such acts are in line with Jesus’ call to shelter the homeless, Small is adamant about how a ministry of presence is a ministry that doesn’t arrogantly assume the minister is the one with everything to give. It’s precisely that type of presumptive “ministry” that ends up distancing the other as the one needing “help” or “love” and creates walls instead of authentic community. This is contrary to the communities that God calls us to build with each other.

How can I come to any relationship and ask questions instead of just bringing my own experience to the table and projecting it onto somebody?

“How can I come to any relationship and ask questions instead of just bringing my own experience to the table and projecting it onto somebody? How can I be a listener and learner, whether I’m in a rural community in Tanzania hearing a farmer talk about her relationship to the land or whether it’s my relationship with this mother who through her devotion and love for her child is demonstrating Christ’s love? It’s in those relationships where I experience some of the most generosity,” Small continued. “It upends the whole structure that I was taught to believe that I had the answers instead of going to these communities and listening and learning how to accept generosity from somebody who I’ve been told doesn’t have anything to offer. Ministry is more about how God is going to change you as opposed to how you are going to change someone else.”

For Small, a ministry of presence is about assuming the role of humility and gratitude, which then allows God to work through us in building the types of communities that He truly desires to build.

Related Article: Kara Watkins on serving Christ through her work at Catholic Charities.