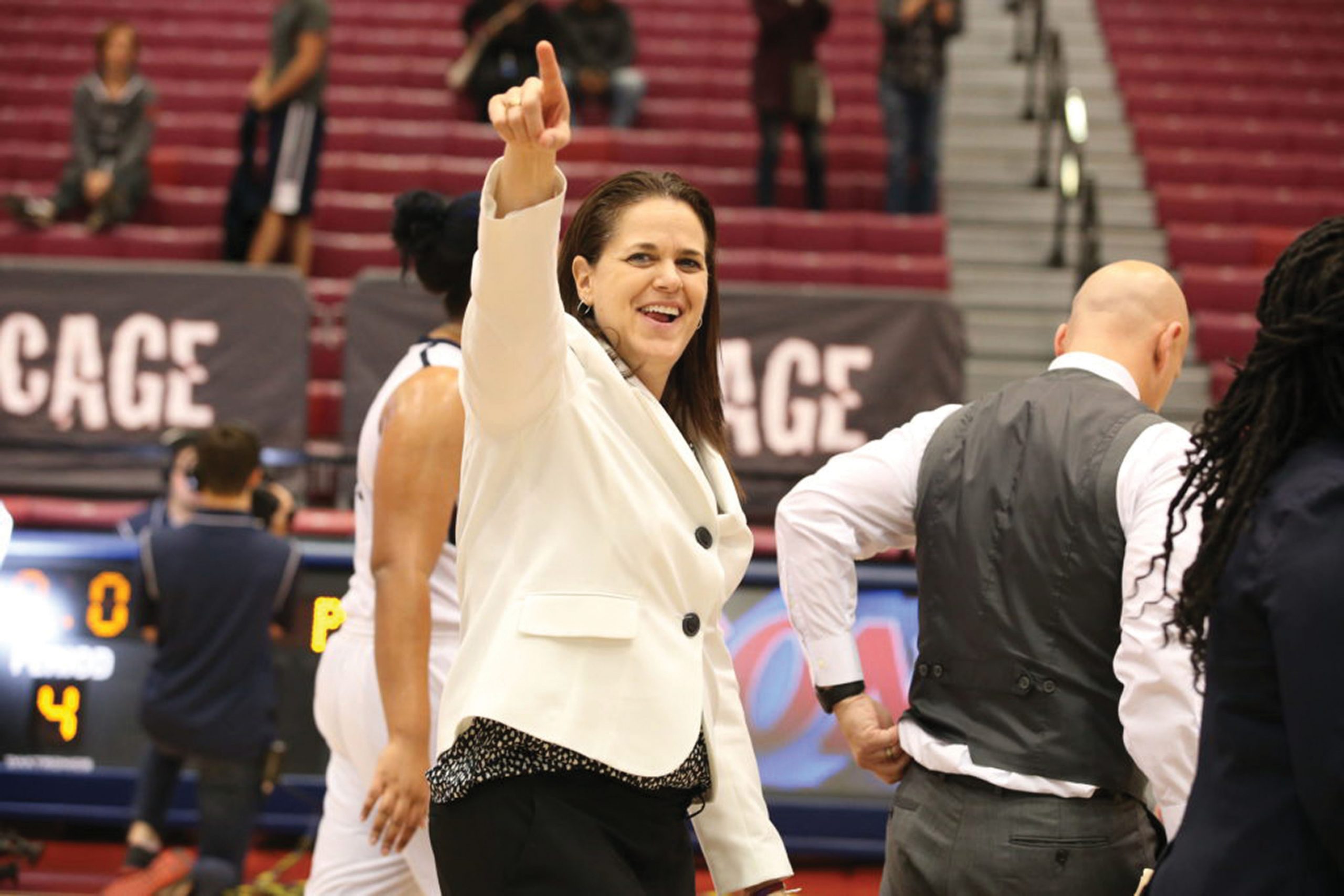 There will be a new face of the Point Loma women’s basketball team next season as Charity Elliott agreed to take over the Sea Lions’ head coaching job. Elliott has made a name for herself coaching in Southern California for the past 14 years. After taking over the UC San Diego program in 2007, she turned the Tritons (NCAA Division II) into a national power, leading them all the way to the No. 1 ranked team in the nation and a 30-3 record in 2011-12. That outstanding season earned her West Region’s Coach of the Year honors, and she was a finalist for National Coach of the Year.

Over her five seasons, UCSD went 127-34 (.788 winning percentage) and produced some of the best players on the court in the program’s history. Michelle Osier and Chelsea Carlisle were each voted CCAA and the West Region’s Players of the Year, and Carlisle was named a first team All-American, just to name a few.

“I am thrilled that Charity has accepted our offer to become the next head coach of Point Loma women’s basketball,” said Point Loma athletic director Ethan Hamilton. “She has demonstrated tremendous success at this level and the ability to lead a program to national prominence. Along with her impressive coaching talent, she has proven to be a passionate leader with a strong faith who is committed to developing great relationships. I am excited for her to be a fixture in the PLNU community.”

After five great years with the Tritons, Elliott got the D1 call and moved up to take over as head coach for Loyola Marymount in Los Angeles. For nine seasons, she patrolled the sidelines for the Lions, racking up 105 wins, including victories over top 25 opponents UCLA (No. 23) and BYU (No. 25). Elliott was just the second coach in the history of the LMU women’s basketball program to ever post 100 victories. She also continued her tradition of developing talent as she coached Gabby Green and Jackie Johnson to WCC Newcomer of the Year honors in back-to-back seasons.

“Point Loma encompasses everything that I am passionate about: faith, family, and basketball. I can’t imagine a more perfect fit for me and my family.”

However, on April 5, Elliott decided to step away from the LMU program. Although it felt like that door was closing, it opened a window of opportunity for her at PLNU. Just a few weeks later the Sea Lions began their search for a new coach, and luckily someone with a glowing resume like Elliott was on the market. After meeting with Hamilton and members of the search committee, Elliott was offered the job and gladly accepted the position to join the Green & Gold.

“Point Loma encompasses everything that I am passionate about: faith, family, and basketball,” she said. “I can’t imagine a more perfect fit for me and my family. I’m excited to begin this new journey and to see what the Lord is going to do here at Point Loma!”

Elliott will inherit a deep and talented squad as the Sea Lions bring back all but one student-athlete from their 2020-21 team which reached No. 20 in the national rankings. This includes All-PacWest selections Cara Liggins and Sydney Peterson, along with starting point guard Alix Henderson and standout forward Haylee Saurette.