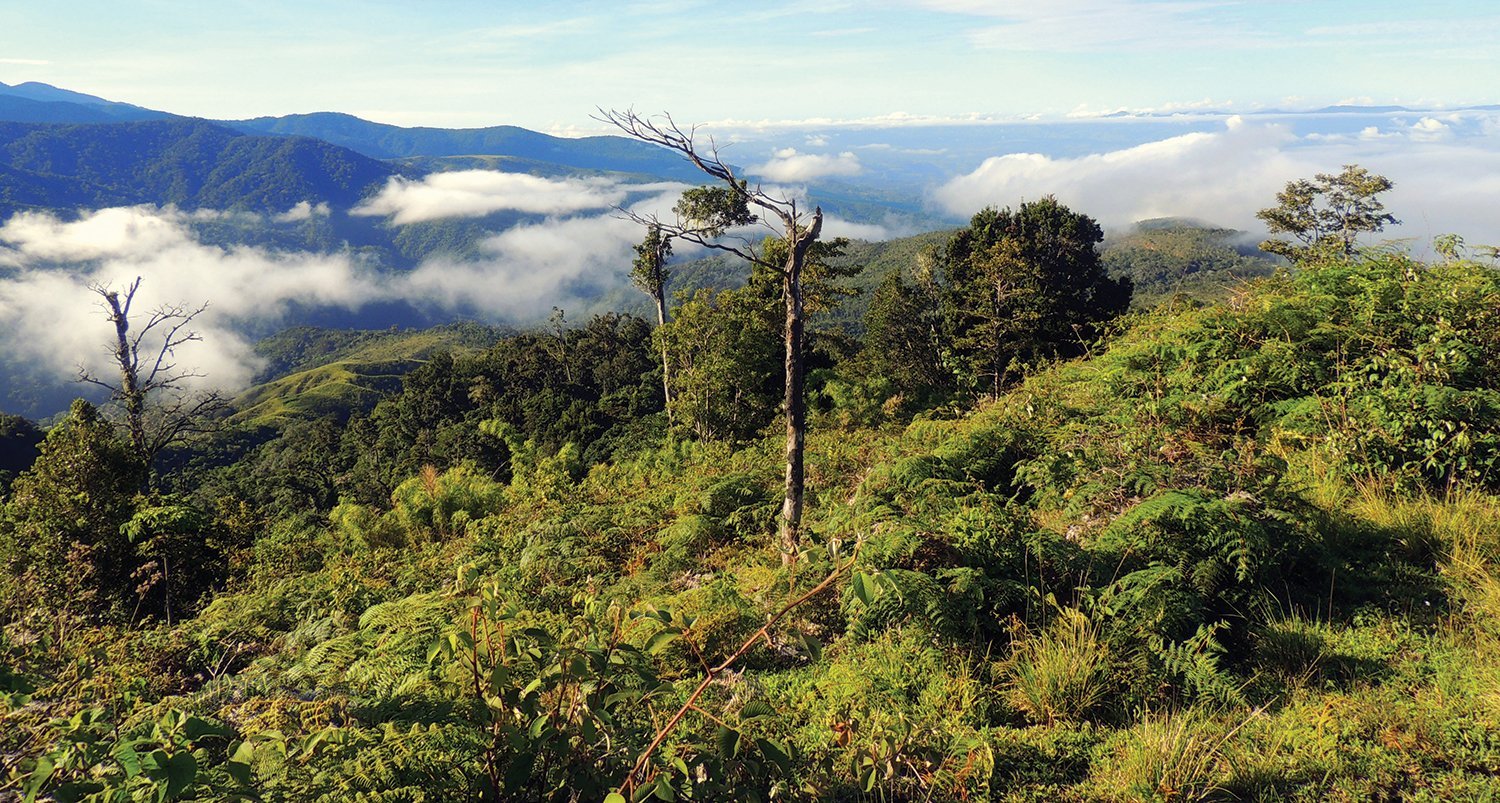 My summer research students and I have been heading up a long-term survey of the large mammals inhabiting the Talamanca cloud forest in Costa Rica since 2010. Working with local “Tico” (Costa Rican) collaborators, we have built an extensive network of camera traps (automatic trail cameras) in seven national parks, six private reserves, and four biological corridors in the Talamanca Cordillera, the most rugged and least studied mountain system in the country.

We especially want to understand the population status of the area’s six species of wild felids (jaguar, puma, ocelot, jaguarundi, margay, and oncilla) and their prey, including the endangered Baird’s tapir. Our goal is to come alongside Tico conservationists to empower them to conduct their own research and promote community-based conservation. We believe this is a truly holistic and biblical approach to caring for the magnificent biodiversity of God’s creation and building hope for the future.

This year, a highlight of our five-week trip was a five-day trek to and from Cerro Kamuk in La Amistad International Park (PILA), the largest park in Central America, to enlarge the PILA camera trap survey from five cameras to 25 cameras in remote locations.

Learn More: PLNU biology students have the opportunity for hands-on research experiences in a variety of settings. 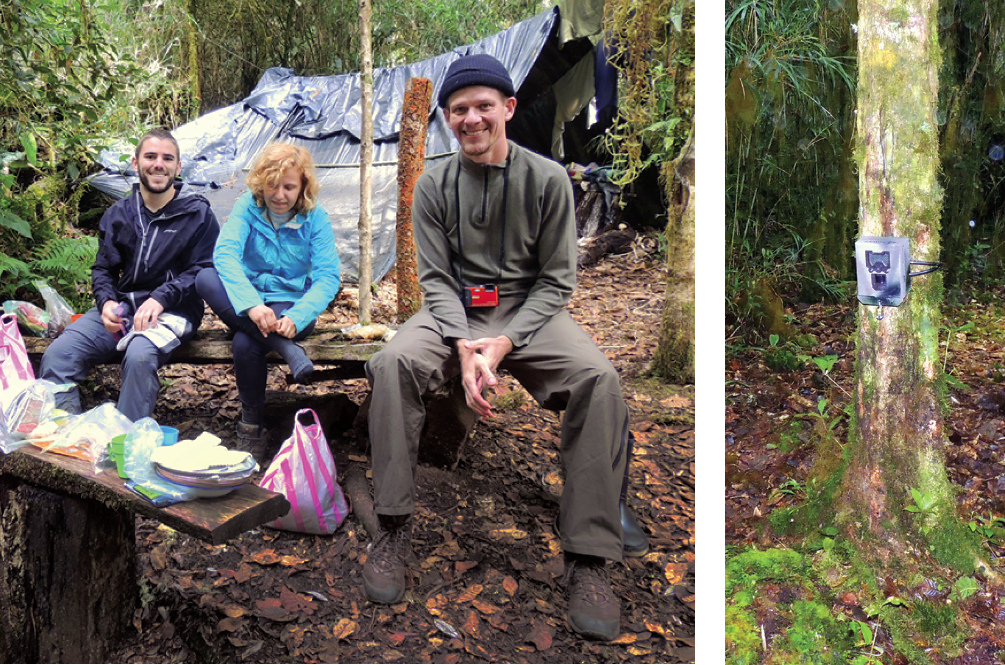 The trail to Cerro Kamuk is rugged and very muddy during the wet season, with a steep initial ascent to the park boundary and then a never-ending series of ascents and descents from one peak to another and another: Cerro Kutsi, Cerro Bekom, Cerro Kasir, Cerro Nai, Cerro Dudu, Cerro Apri, and finally Cerro Kamuk. Cerro may be translated as “Mount” and the mountain names are in the indigenous Bribri language — for example, Cerro Nai is “Mount Tapir,” Cerro Dudu is “Mount Bird,” and Cerro Kamuk is “Place of Rest.”

“this is a truly holistic and biblical approach to caring for the magnificent biodiversity of God’s creation and building hope for the future.”

Unlike most Costa Rican national parks, there are no services on this trail other than three primitive camps that have been set up along the way at one-day intervals. Each camp has a black plastic tarp erected on the trees as protection against the rain, a nearby stream for drinking water and bathing, and a simple toilet consisting of not much more than a hole in the ground. Everything we needed had to be carried in the packs on our backs: tents, sleeping bags, food, stove, and dry clothes in addition to the 10 cameras and associated gear (boxes, cables, scent poles). Each of us had 45-50 pounds of weight to carry up and down steep slippery trails for the five days — although they did become a bit lighter as we erected cameras. 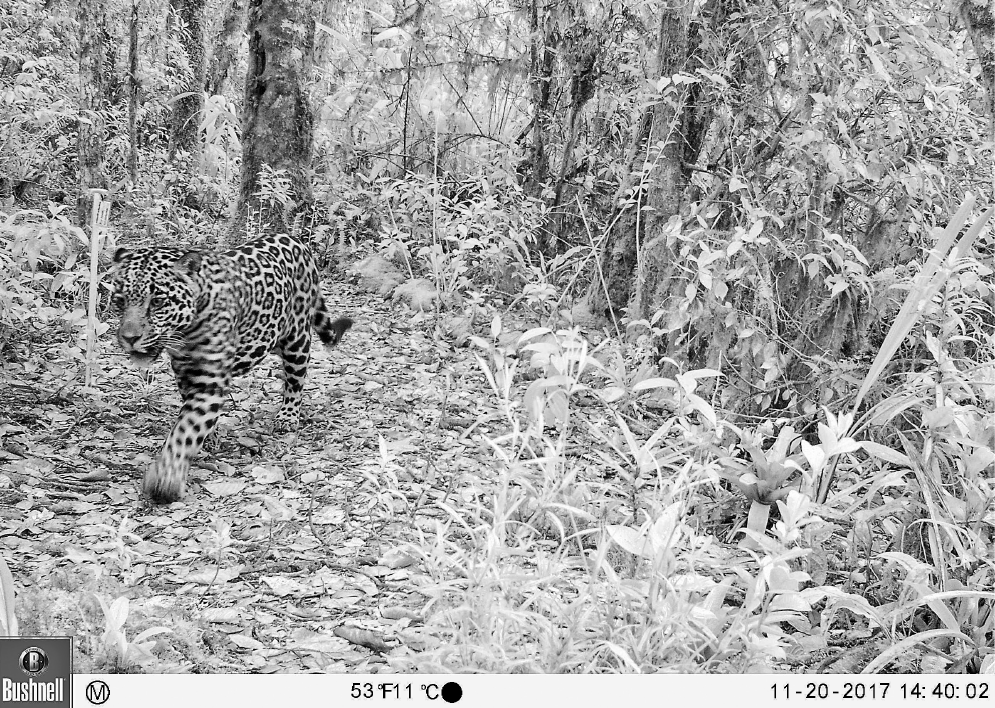 Initially, we trekked through oak montane forest, the trees covered with hanging moss and epiphytes (plants that grow on trees). After the first day, the forest shifted to cloud forest dominated by epiphytic bromeliads, rosette-shaped aerial relatives of pineapples that make up to 25 percent of the cloud forest biomass. As we climbed higher, the cloud forest periodically merged into the humid transition zone called “turbera” (literally “peat bog”), dominated by sphagnum moss, and later broke into “paramo” habitat on the peaks above the tree line. Paramo is essentially the tropical version of the alpine zone, a high elevation habitat dominated by Chusquea bamboo and other brushy vegetation. The view from the paramo was always spectacular — although limited by the ever-present mist and clouds. 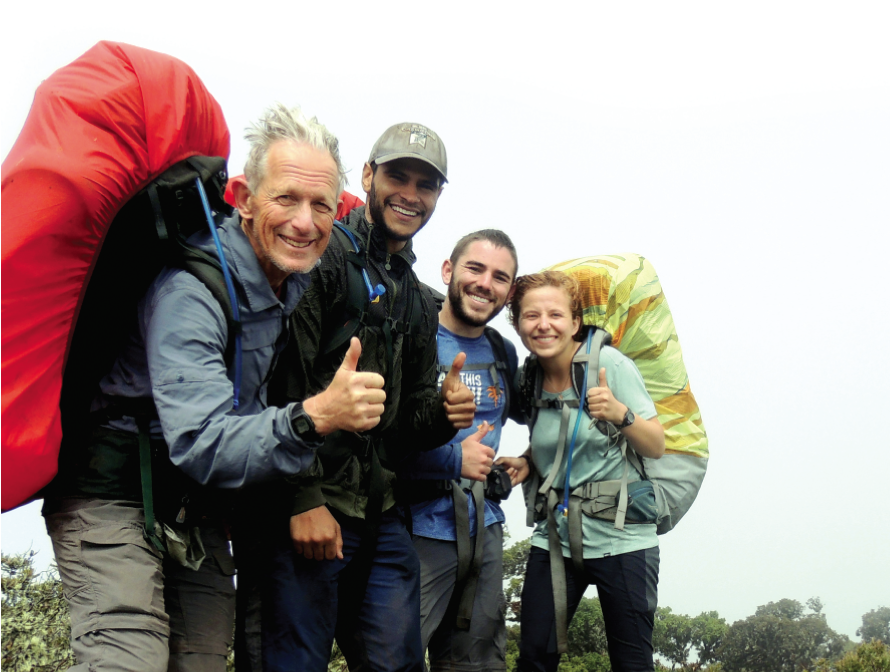 Once into the park, we positioned a camera and scent station (used to attract the animals) about every two kilometers. We looked for trees of the correct width to attach the camera box with a cable along straight stretches of trail where we could view the animals for a longer time. The positioning of the camera was tested by using a team member to act as the “jaguar.” We attached a placard to each station saying “mammal research, please do not disturb” and recorded the coordinates and elevation with our GPS units. Later, we would download these data and create maps of the camera locations.

We typically were in our sleeping bags by nightfall at 6:30 p.m. and slept until first light at 5 a.m., acquiring much needed rest to recover from the day’s exertions and renew our energy for the next leg of the journey.

For lunch, we ate tortillas with bologna and Costa Rican queso duro (hard cheese) to keep up our energy. We typically arrived at camp in early afternoon and boiled water for coffee on our camp stove and erected our tents under the plastic tarp; sometimes we even bathed in the ice-cold streams! Our standard dinner for the trip consisted of mac and cheese with summer sausage, which was nutritious and filling. We typically were in our sleeping bags by nightfall at 6:30 p.m. and slept until first light at 5 a.m., acquiring much needed rest to recover from the day’s exertions and renew our energy for the next leg of the journey. We were on the trail by 7:30 a.m.

Day three was the hardest day of hiking with the trail ascending and descending 17 peaks as we hiked along the ridgeline from Cerro Dudu to Cerro Apri. The weather was cold, windy, and interrupted by occasional light rain. The trail was incredibly muddy and steep, taxing our physical strength to the max. The three of us wearing botas de hule (rubber boots) were glad that we could keep our feet relatively dry as we trudged through deep mud, while those with regular boots tried their best to sidestep the deepest patches of mud (often without success). We continued to erect camera stations — although it became harder to find relatively flat stretches of trail with an appropriate tree available on which to mount the camera.

Related Article: Since 2009, PLNU’s Department of Biology has led a biennial neotropical ecology field course in Costa Rica that has garnered rave reviews by students.

Day three was the hardest day of hiking with the trail ascending and descending 17 peaks as we hiked along the ridgeline from Cerro Dudu to Cerro Apri.

Finally, after three days and 30 km. on the trail, we reached camp three in the paramo at about 3,300 m. At this camp, the winds are so strong that the plastic tarps must be erected and taken down by each group, and the clouds and fog were so thick that we could not see Cerro Kamuk two kilometers away. By now, the team was exhausted and cold, so we decided against continuing on to the summit of Kamuk, which would require another four hours of hiking up very steep slopes in the fog and rain. Instead, we focused on resting up, preparing hot food and coffee, and settling down to a long night of strong winds and rain. Nonetheless, the scenery was spectacular and throughout the trek the scenery around us was mind-boggling, so wild and pristine. We returned to Tres Colinas two days later, and after changing into clean clothes, we enjoyed a celebration dinner at McDonald’s in San Isidro.

Our guide, PILA administrator Roger Gonzalez, and the local community will erect five additional cameras in the Quetzal Biological Corridor. Every two months for the next year, Gonzalez will return to hike the trail, monitor the cameras (change batteries and chips), and retrieve the photos. We are confident that the camera trap survey will provide a wealth of new information about the large mammals of PILA and the Cerro Kamuk region.

Related Article: PLNU professor, Walter Cho, Ph.D., descends to one of the deepest parts of the ocean and lives to tell about it.

Mike Mooring, Ph.D., is a professor of biology at PLNU. He has been conducting behavioral ecology research since 1985, mounting field studies of African antelope, North American ungulates, and Neotropical mammals.