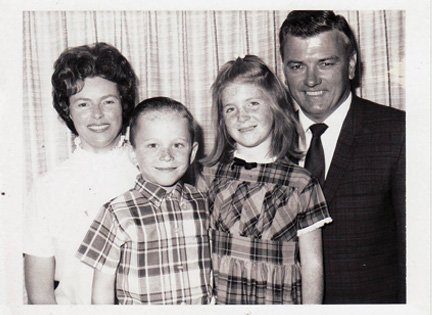 They sit side-by-side, a palpable warmth between them. Maybe their connection is more visible because it was forged from tragedy, nurtured on two continents, and magnified by mutual respect. Or maybe it’s just to be expected that a mother and son would radiate love and closeness.

Tim (pref. 84) and Gerre (49) Hall tell me their family’s story together. Sometimes they finish each other’s sentences; sometimes one recalls a detail the other had nearly forgotten.

“I was raised by my real parents,” Tim begins. Gerre nods.

That Gerre and Maurice (50) (1927-2009) Hall became his parents through adoption is largely insignificant to Tim— except for the ways God has used his parents’ story to inspire him and others, including his closest childhood friend. But that’s jumping ahead.

Maurice and Gerre Hall were young missionaries, fresh-faced, adventurous, and devoted to the cause of opening up new work in south central Africa, specifically Malawi and Zimbabwe. They wanted to raise children, Gerre said, and at first, it seemed it would happen in a (relatively) painless way. Gerre became pregnant, and all was well—until it wasn’t. At seven months, the Halls lost their first baby. More than 50 years later, the pain of that loss is still evident in Gerre’s face when she tells the story. And it was only the first tragedy to strike the family.

“The second one was quite dramatic,” Gerre says, underselling it.

At term, Gerre went into labor but wasn’t progressing. She was given Pitocin, a drug that stimulates labor. The hospital was crowded. The nurses were overworked. Gerre was not checked regularly. She was suffering, not tolerating the Pitocin well, but it wasn’t until her uterus ruptured that anyone realized something life-threatening was wrong. Emergency surgery ensued, and Gerre’s uterus was removed along with the baby. Gerre miraculously survived. The baby didn’t.

Heartbroken but still committed to serving God in the mission field, Gerre and Maurice went on to their first five-year term in Africa. They lived in Chipoka, Malawi, beginning the work of the Church of the Nazarene there along with a British couple. At first, they lived in quite primitive conditions. Even once they upgraded from a mud hut with no electricity or running water to a small house in the city of Limbe, they faced many challenges.

Some challenges were more serious, she notes. Maurice contracted malaria on multiple occasions, and they saw Muslim children come to church only to return home to beatings and sometimes torture.

Through it all, they longed for children to share their life. When they returned home on their first furlough in 1961, Maurice’s father helped them adopt Tim’s sister, Tami. The Halls were thrilled but still hoped for a second child, a playmate for Tami and the missing piece in their family. It did not seem promising, however, with their return to Africa looming.

“The way my dad told it,” Tim says. “They went to receive their medical physicals before returning to their missionary work. And that’s where a new door opened.”

After hearing their story, the doctor put them in touch with a friend in the adoption world. When Maurice called the friend, the pair immediately connected over their shared faith. More than that, the man was so inspired by the Halls’ story of tragedy and faithfulness that he gave them an unimaginable gift. Knowing he could adopt later since he was staying in the U.S., he gave the Halls the child he had been planning to adopt. He gave them Tim.

Tim went home from the hospital with his parents at three days old, joining 10-month-old Tami in their home. When Tim was four months old, the four Halls went to Africa, this time bursting with joy instead of devastation.

The Halls lived in Africa until Tim was starting high school—a total of nearly 20 years of ministry in Malawi, Zambia, Zimbabwe, and a minimal stint in South Africa for Maurice and Gerre.

“I don’t know of anything in my life that is more exciting to me when I look back than adopting two children and taking them back to Africa. It was just a real joy with both of them and one of the highlights of my life,” Gerre recalls, the remembered happiness as evident in her expression as the pain had been before. “From the day they were born, we felt like they were our own.”

“I have never felt like I was adopted,” Tim says. “These are my parents. I don’t see anything different than blood. There is nothing I long for or feel was missing or that could have been any better. I never felt like I wanted to contact my birth parents. With my parents’ portrayal of parenting and love and care, there is nothing better to look for.” 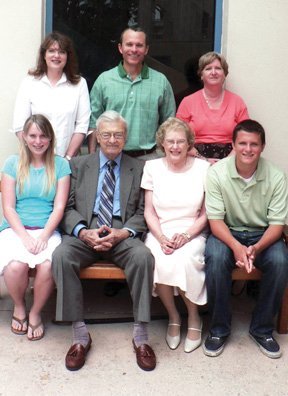 Gerre smiles to herself. She knows how her son feels. But mothers never tire of hearing words of love from  their children.

Tim wasn’t the only one influenced by his parents’ example. Growing up, Tim had a close, inseparable friend named Hugh.

“Both Hugh and I [white kids] were raised in the racial segregation/apartheid system endorsed in Zimbabwe and South Africa at that time. We both had grown up in Zimbabwe, but Hugh observed my parents’ faithfulness and a different way of treating people by staying the night at our house probably thousands of times,” Tim says.

At the Halls’, Hugh saw a different model where black and white Africans were treated with equal respect and love. He also saw a model of how adoption can create family.

At 14, Tim moved to the United States. Hugh went on to become an international cricket star, playing for South Africa. But he also went on to become a change agent. Choosing the parenting paradigm he saw Gerre and Maurice use, Hugh adopted a black child and has become a well-known advocate for reconciliation in South Africa— he attributes his passions for adoption and equality to what he saw on countless visits to the Halls’ home.

Tim finds this wonderful, but not shocking. He has been equally inspired by his parents.

“The biggest model for me is that here is a tragic situation where people might have felt that God bailed on them,” he says, casting Gerre an appreciative look. “My parents always led me to Scripture even when things didn’t make sense or I didn’t like it. Their modeling of faith and letting Christ lead them through tragedy is what carried into my life.”