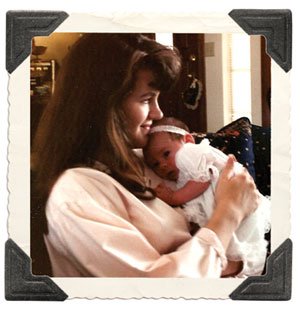 It must have been terrifying—being a 19-year-old sophomore at a conservative college in Oklahoma, a state away from family, and pregnant.

Stone and her boyfriend had been dating for over a year. They had talked about marriage. They had talked about raising children. But soon after she found out she was pregnant, everything changed. A few months into her pregnancy, Stone’s boyfriend asked her a pivotal question—was she was ready to have a family? When Stone replied, “I better be,” her boyfriend said, “I’m not.” The words fell heavy between them.

He suggested adoption, having been adopted himself by his aunt and uncle. He had thought about raising the child, but mostly fear and youth told him he wasn’t ready. And despite the heart-wrenching possibility of carrying a child for nine months only to give it away, Stone wasn’t either.

Adoption was not her first choice. Her mom had told Stone she should leave college and come home to Longview, Texas. She should keep the baby. Her family could help. But Stone’s memories of a difficult childhood loomed over her as she weighed her decision. She thought of raising a child as a single parent in that same atmosphere with the same family dynamic, and she “resigned to the decision for adoption.”

When Stone found out she was pregnant, she happened to be working part time for an adoption attorney across the street from her college. In the beginning of her pregnancy, as she juggled her decision, she began entertaining the idea of adoption by looking through applications from prospective adoptive families. Eventually, she had sifted through hundreds of applications from couples and families all over the country. The applications began melting together like one faceless composite family. It seemed like each page was littered with facts and figures—salaries, square feet, and notable assets. Stone was not so impressed.

One day, a letter came to the attorney’s office with a return address from a Nazarene church in Gardnerville, Nev. It recommended a couple in the congregation to be considered for adoption. In a letter enclosed from the couple themselves, they talked about the activities they enjoying doing together, how they couldn’t have children of their own, and how their desire was to raise a child who loved the Lord. When she finished reading the letter, Stone thought, “This is it.”

She spoke with the attorney who began working through the decision with Stone. Something about the couple had put her at ease, and they began the process of adoption soon after she first read their letter. Stone corresponded a few times with the family, and they arranged a trip to be in Oklahoma for the birth.

In the meantime, Stone left school, but instead of leaving for home, she stayed in Oklahoma to continue working on the adoption with her attorney. She began working full time at his office. And she waited. Those months before the birth were long and lonely. Stone was far from family, and her boyfriend had moved out of state and begun looking for a school far from Oklahoma.

A few friends from college would check in with Stone. She had surprising conversations in those times, about how she shouldn’t feel ashamed to come to church because people there cared about her and how her decision was more admirable than she’d had time or energy to think about. After she decided to continue with her pregnancy, three different friends had said to her, “I’m so proud of you. I would have gotten an abortion.”

She had thought about it. It had only been for a fleeting moment, in a dark time of sickness. Her 110-pound body had dropped 20 pounds. Depressed and alone, she had opened the phonebook to the front of the “A”s. She flipped through to “Abortion” but never made the call.

That quick moment was contrasted against a late night in June, the night after she gave birth to her daughter. Stone sat on the couch, watching a television special in which Dan Rather interviewed several women who had chosen abortion. One described the experience: “It was like I was sick, and then I was cured.” Stone cried as she held her daughter’s hand, not as much because she had considered the same, but because if she had, she wouldn’t be holding that tiny girl.

The morning before, she gave birth to her daughter. After the birth, she met Jeff and Janelle, her daughter’s adoptive parents. When they arrived at the hospital, the first question they asked Stone was, “What is her name?” She told them she hadn’t chosen one. During her pregnancy, when people would ask her what she was going to name her child, she said nothing, thinking she didn’t want to take that privilege from her daughter’s adoptive parents. Jeff and Janelle said they’d chosen the name Bethany long before they knew about Stone. The name just happened to be the name of the town in which Stone lived and gave birth.

After Bethany joined her adoptive family, Stone migrated to San Diego. She was looking for a university at which to finish her degree, and she followed her then on-again-off-again boyfriend to PLNU. 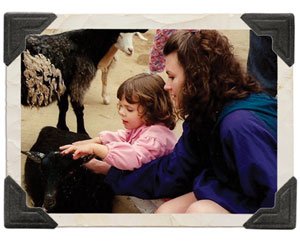 “It was rough at first,” said Stone. “In those first few months, I tried to work through the adoption, constantly asking myself, ‘Did I make the right decision?’”

In despondent moments, Stone held close her silent ache. She confided only in her resident advisor, Melissa (Ortiz)Baldwin (91), crying through many of her questions and pain.

“I didn’t feel like I had the freedom to tell anyone else,” she said.

But during her first semester at PLNU, Jeff and Janelle invited her to Bethany’s dedication and flew her out to Nevada. At their church, she watched closely as Bethany’s parents held her with pride.

“That was the clincher for me,” said Stone. “I saw how wonderful they were with her and how she was taken care of and loved.”

Also that day, Stone was reminded of God’s faithfulness regardless of our decisions. “At Bethany’s dedication, we sang a song about how God makes all things beautiful in His time, and since then I’ve held onto that promise. Especially in the difficult times, it has given me hope to know that God has, and still is, making something beautiful out of my sorrow and mistakes,” said Stone. From that moment on, Stone didn’t forget the painful part of putting off motherhood, but she rested in the assurance of her decision—to provide Bethany with a family and a new life. But Stone still has a real and active role in Bethany’s life, because from the beginning of the adoption process, Stone chose an open adoption. Through open adoption, the child’s birth family (or in this case, the birth mother) can have communication with the child and his or her family.

“I did entertain the thought of a closed adoption,” said Stone. “But I knew I couldn’t just walk away and not know what was going on in [Bethany’s] life.”

Because of the open adoption, Stone keeps in contact with Bethany and her family through letters and occasional visits. Stone has been able to watch Bethany perform in a school play, cheer for her at her high school graduation, and have Bethany as a bridesmaid in her wedding.

Their relationship has always remained authentic. Because of this, there are no secrets between them, and Stone says she has always encouraged Bethany to ask any questions that come to her. When Stone was pregnant with Bethany, she even wrote a letter telling the story of how she came to place Bethany with an adoptive family, so she could answer as many questions as she could right from the beginning. That way, even from the start, the two could maintain open communication and an honest relationship, as unique as it might be.

When she was three or four years old, Bethany and her family came to San Diego and spent time with Stone. They spent a day at the zoo, and it was there that Bethany, with elbows on her knees and hands on her chin, told Stone, “When I was a baby, I was in your tummy.”

The more contact I had with the family, the easier it was for me to deal with,” said Stone. “I got to see [Bethany] grow up, in photos, and see how loving her family was. And there was just no way I could have provided that for her.”

Bethany is now 23, and Stone is married and has two sons, who know they have a big sister named Bethany.

Stone is a nurse and has volunteered her time and knowledge at a crisis pregnancy center to give ultrasounds to young women who are experiencing many of the same things she did. She doesn’t always tell her story but focuses on meeting their needs. But every now and then, she can share a little of her experience, so the women don’t have to feel so alone. She knows their pain and that even if they choose adoption, it won’t always be easy.

“I’m grateful for all the experiences I was able to share with Bethany as she grew up, but even the last time I saw her, my heart ached to think of all that I had missed,” said Stone. “It’s still hard. But honestly, I wouldn’t change a thing.”