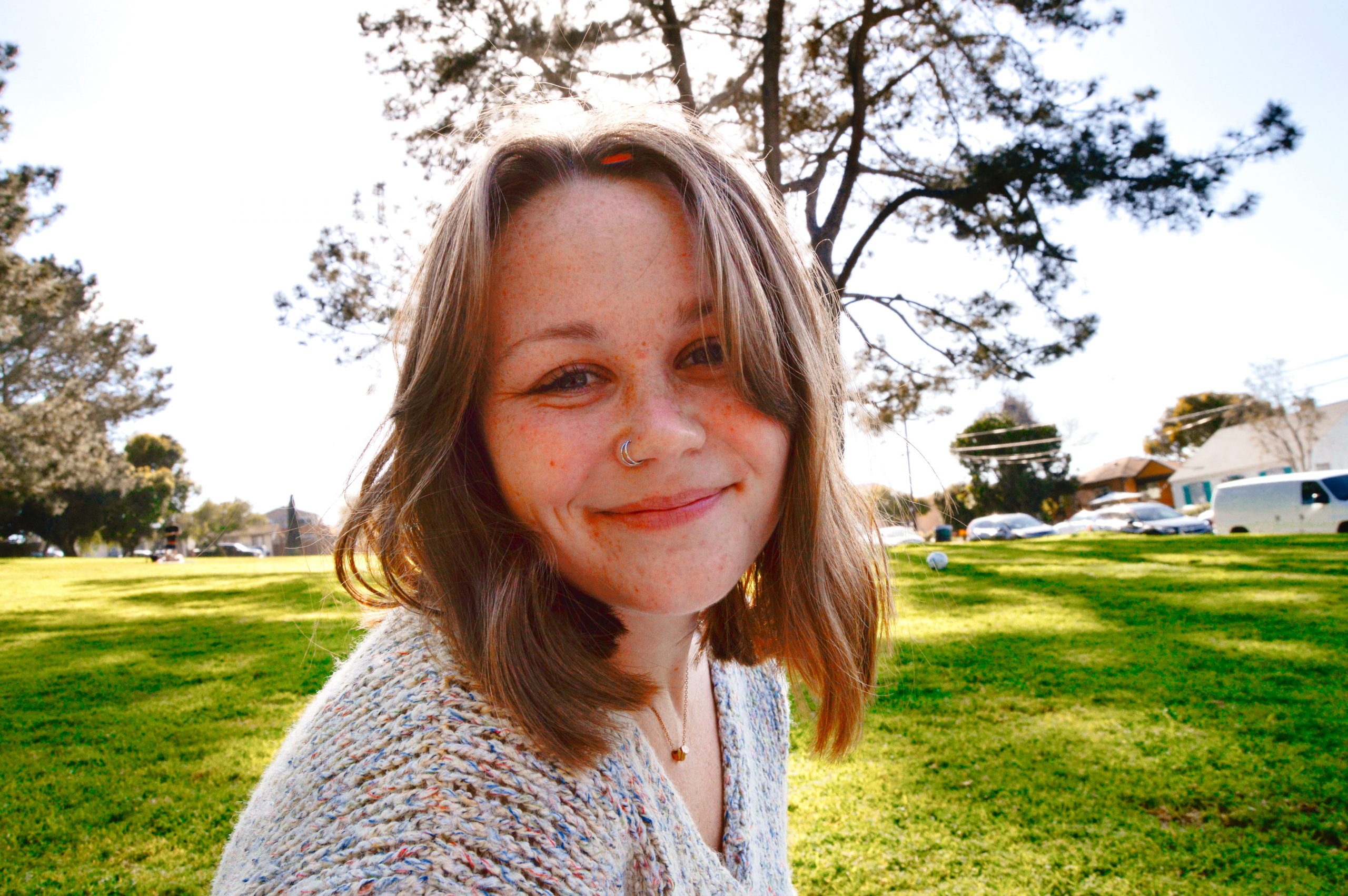 Emilie Anderson (19) didn’t always know she was a philosopher. She wasn’t aware of that until her sophomore year at PLNU, when she attended a general philosophy class.

“I had never been exposed to philosophy before, and it’s sort of like learning a new language where you’re like, ‘I don’t know really what they’re saying but this is also really fascinating,’” Anderson said of her early years in PLNU’s School of Theology and Christian Ministry. She had been undeclared for the three semesters of her time at PLNU, but with some help from  Heather Ross, associate professor of philosophy, Anderson declared philosophy as her major. All it took was “someone being like ‘you’re really good at this very ambiguous thing.’”

“I had never been exposed to philosophy before, and it’s sort of like learning a new language where you’re like, ‘I don’t know really what they’re saying but this is also really fascinating.'”

“People, especially when I was in school, would ask me, ‘Why are you doing philosophy?’ and my answer was always, ‘it’s teaching me how to be a good person.’ I think being good at philosophy is taking that task seriously,” Anderson said. With the philosophy program under the same roof as the School of Theology and Christian Ministry, Anderson got to interact with the students in those majors as well.

“When the task at hand is, ‘What is good?’ — to me that seems inherently connected to the question of God.” About her time in the philosophy department, Anderson said, “We had the opportunity for a lot of fluidity in that and were guided in a lot of the questions I would have about spirituality and Christianity but also was given a ton of room to develop myself in those ways. It was cool to have a professor within the department who could answer very specialized questions I had.”

The small size of the philosophy program really worked in Anderson’s favor as she was able to dive in and explore the topics that caught her interest. “I had the opportunity to do multiple directed studies because if I liked something, professors were like, ‘Great! Let’s fine-tune that skill then, if that’s what you want to do,’” Anderson said. “I don’t know a lot of other places or even departments that have that sort of flexibility or attention to the strengths of their students.”

Now, after a gap year, Anderson is headed across the country to study bioethics at New York University. She describes bioethics as a meeting of environmentalism, public health, philosophy, ethics, and law.

“I’m going to grad school because I had professors who paid attention to what I was good at in ways that I didn’t know how to do,” she said. Anderson shared the value of such mentorship especially when, at 19, you don’t fully know what you’re good at. The professors helped her find and pursue her talents. “[The professors] really helped me game-plan grad school applications and future career paths.”

“I’m going to grad school because I had professors who paid attention to what I was good at in ways that I didn’t know how to do.”

Soon, Anderson will be packing up her things to road-trip across the country to her new home in New York. There, she’ll use the skills she learned in the philosophy department, but that’s not what will stick with her most: “My experience in the philosophy program was super positive across the board. I just felt entirely supported as a human being … I walked out of there with a real groundedness about myself and the world.”