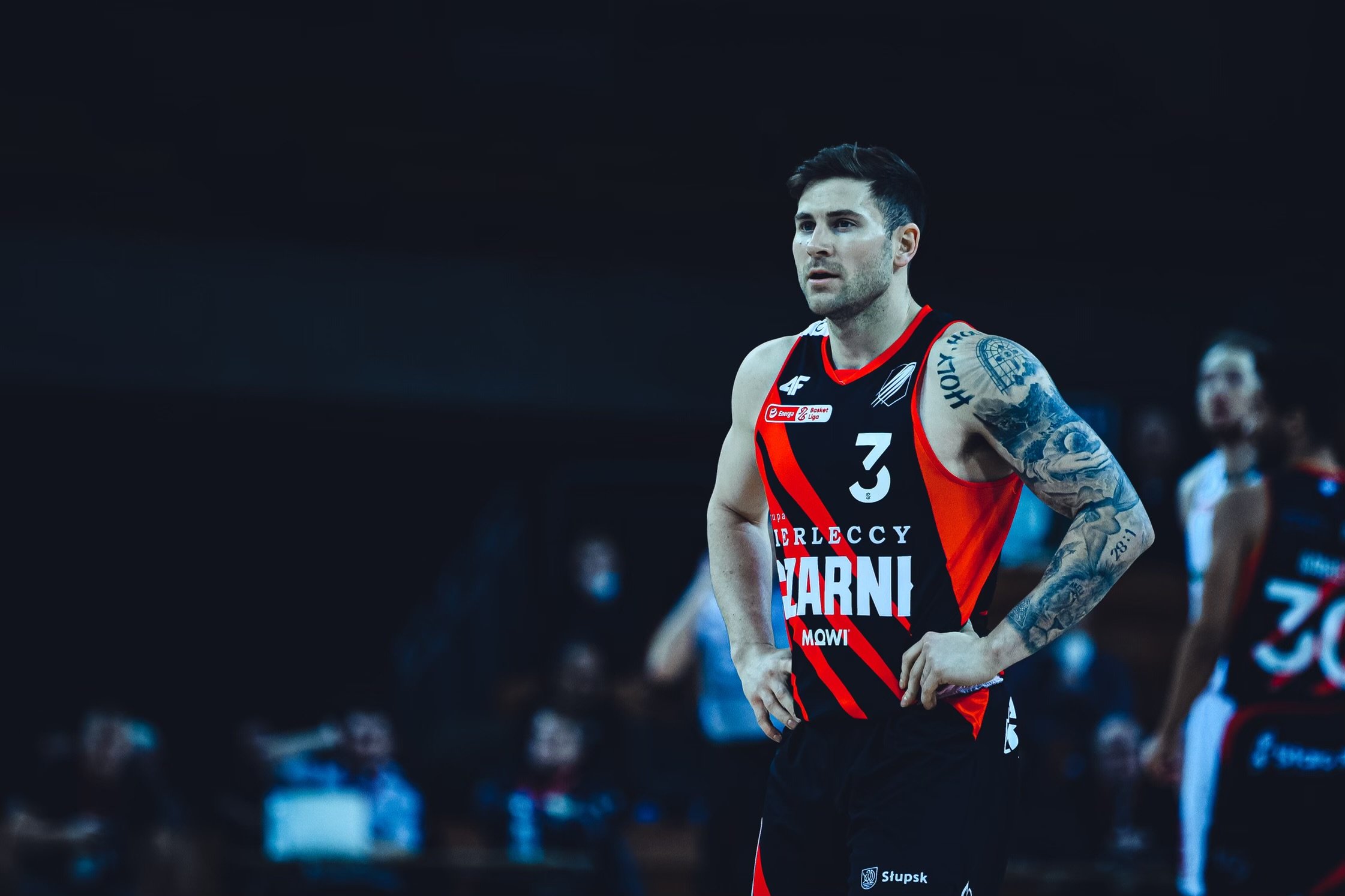 Winners win every time. That’s the statement PLNU alum Marek Klassen (B.A. 14, MBA 15) will never forget. During his junior basketball season as a Sea Lion, an allotted 45-minute time slot for scrimmaging turned into a two-hour competitive frenzy. The plan was simple: Whichever team wins the most five-on-five half-court games before the clock struck 6:45 a.m. wins a “special prize.” As Marek tells it, his team lost the first eight in a row.

“And I remember after every single game the assistant coach was hyping up the other team and was like, ‘Winners win! Winners win every time,’” Marek recalls via Zoom from Poland. “Then we’re like, no we’re going to turn this around.”

After that eighth loss, Marek led his team to three straight wins before the time was up. So he offered a proposition: “We’ll play until we lose.” They pushed P.E. classes aside in the Golden Gym, and a few players were tardy to their morning classes, but Marek’s team did it. After two hours of playing time, they came back by winning nine straight games.

“I remember I had the ball and said, ‘Winners win every time!’” Marek said through a smile. “We were yelling like crazy.” The special prize? The freedom to gloat.

Marek is a winner. And though the Canadian’s PLNU basketball days were over in 2015, his competitive spirit remained very much alive. He still had more winning to do. So he packed his bags and began a career of playing professional basketball overseas. Currently, he’s on his eighth team in seven years.

“What separates a high school player from a college player, a college player to a pro is how quickly you can make the right and correct decision,” Marek tells me. “It’s called ‘0.5-second decision making.’ When the ball comes to your hands, you just have to make a decision in half a second or less. You got to shoot it, you got to pass it, you got to move it — you got to do something.”

Marek’s decision to continue his playing career came on the heels of earning his master’s degree in business administration from PLNU. As he continues to pursue entrepreneurial avenues, Marek has learned that business and basketball have a lot in common. And as a point guard, Marek has a leg up when it comes to both the hardwood and the boardroom. Basketballing in different country codes year to year could seem impossible; there’s a language barrier, your teammates are virtually strangers, and who knows if you’ll like the food. But, Marek has found, the basketball language and the will to win are universal.

“I remember Bruce Schooling … he was like, ‘the best experience that you’ll have for your later successful business career will be that you’re a point guard,’” Marek said of his former MBA professor. “‘You’re going to have to walk into a room full of people — men and women who you don’t know, who you don’t understand potentially — and you have to gel with them quickly and start leading them …’ It’s like that for me every single year.”

You’re going to have to walk into a room full of people — men and women who you don’t know, who you don’t understand potentially — and you have to gel with them quickly and start leading them.

The constant change in overseas basketball has its ups and downs. In the early days, contracts were iffy and teams’ rosters imitated a revolving door. In 2020, when the COVID-19 pandemic hit Europe, Marek says management gave him a 24-hour notice to return to the U.S. since the borders were closing. They were days away from their championship game when the rest of the season got canceled.

He doesn’t have to navigate this alone, though. Marek married PLNU heptathlon and basketball letterer Lindsay Honea (B.A. 14, MBA 15), and they’ve embarked on this adventure together. (Please, take a second to imagine how competitive board games are in their household.) Where most players must experience the overseas grind by themselves, the cool thing is Marek has a built-in travel partner and support system.

“If my basketball career were to end today, or after this season, I feel like we could look back and say we spent almost a decade overseas where we learned a ton of new cultures, made a lot of new friends, spoke a lot of different languages, a lot of cool experiences,” Marek said. “Kingston was born in Sweden, and he had traveled to five countries before he was one.”

If my basketball career were to end today, or after this season, I feel like we could look back and say we spent almost a decade overseas where we learned a ton of new cultures, made a lot of new friends, spoke a lot of different languages, a lot of cool experiences.

Marek and Lindsay’s son, Kingston, gets a courtside seat to see his dad live out his dream every day. He’s at the age now where he points at the court from the stands and says “Da-da” as Marek dribbles up the basketball court. (The jury is still out on whether or not Kingston will have a choice to play sports with two superstar athletes as parents.)

The first game back after his son was born, Marek dropped 30 points, and the rest of that season he averaged an impressive 20 points per game. He realized to perform better on the court, you actually have to think about basketball less.

“I didn’t think about basketball one time when I was at home because I was looking at Kingston and my wife and other things,” Marek remembers from last year. He advises all young athletes to have interests outside of their sport; there’s freedom in that. “But,” he adds matter-of-factly, “when I was in the gym, I was diligent.”

For that meticulous basketball mind, Marek gives a hat tip to the book To Win is Not Enough by European basketball legend Šarūnas Jasikevičius. Marek read the book about three years ago and it transformed his mindset and career ambitions. He started to be more selective with the next teams his family signed a contract with, holding strong on his goal of winning a championship.

“We’re not going anywhere unless we can win,” he said. “I turned down 10 contracts … We turned down a ton of opportunities because they were for teams that maybe weren’t going to be at the top. I told my agent we don’t care about the money at all.”

I turned down 10 contracts … We turned down a ton of opportunities because they were for teams that maybe weren’t going to be at the top. I told my agent we don’t care about the money at all.

This Jasikevičius Mentality allowed Marek to play for winning organizations in Ukraine, Sweden, and for his current team Grupa Sierleccy-Czarni Slupsk in Poland. His previous stints were in Romania, England, and Turkey. Still, his ultimate goal would be to make an NBA Summer League roster and to play for the Canadian Senior National Team.

Is the NBA in the cards for Marek’s professional basketball career? Maybe, maybe not. But what he’s clinging to is something his mentor once told him: “If you work really hard, and you’re a good person, that is the opportunity to get lucky,” he recalled. “Then when the moment you do get lucky, you make the most of it.”

Marek is lucky. He’s traveled the world with his growing family while playing a sport he loves. And he’s not done yet; there’s still more winning to do.

“I don’t want to make it all about winning,” he said. “But the will to win is important.” Whenever that luck and opportunity does strike him, he’ll be ready. Because winners win, every time.