When Dan (B.A. 92, M.A. 96) and Damen (B.A. 94, M.A. 98) Lopez were young, their family moved from Los Angeles to the rural, small town of Julian, Calif., “for a better life.” They had grown up in “situational poverty,” said Dan, living over the town’s market in the only apartment in Julian at the time. Each night, after closing, the family would migrate downstairs to clean the store for extra money.

Each night, before the boys would go to bed, their mother would read them a story, tuck them in, and tell them the same thing, “After high school comes college.”

You would never guess it from his current success, but in high school, Damen struggled academically and was bullied (at 4’10” and 95 pounds, he says he was an easy target). As a freshman, he would walk to the local elementary school at the end of his day to work yard duty. He found solace working with the second and third graders and discovered he worked well with kids. He decided that working with elementary-aged kids was what he wanted to do for the rest of his life. He earned his bachelor’s in liberal studies, master’s in education, and teaching credentials from PLNU.

Dan started out with an interest in business and earned his business administration degree from PLNU. As a baseball player; senior class vice president; and a charter member of Phi Chi Theta, PLNU’s business fraternity at the time, leadership had always been one of his strengths. He found his love for teaching while coaching baseball and went on to receive his master’s in education and teaching credentials from PLNU.

Their parents’ hard work, coupled with their constant encouragement that education makes all the difference, guided both Damen and Dan to eventually work in education—  first as teachers, then as administrators, and now as leaders and consultants in their field through their organization, TurnAround Schools. The schools their organization helps become a part of their network, No Excuses University (NEU). Damen serves as the organization’s founder and carries the unofficial title of visionary, and Dan serves as NEU’s president and manages its business side. Even though TurnAround Schools is a for-profit business, and the Lopezes’ livelihood, there is no cost to schools to apply to the NEU network and the cost of NEU’s trainings are minimal and underwritten by its nonprofit leg, the NEU Foundation.

Dan and Damen want the children affected by TurnAround Schools to be encouraged the same way that they were—to truly believe that college is possible.

Damen started his career as a teacher at Los Penasquitos Elementary School in San Diego. The school was historically under-performing, the students represented 38 different languages, and there were very low expectations for the students from their school and their community. Even in those first years as a teacher, Damen knew those students needed more. His rooted motivation to pursue college and freedom through education triggered a desire in him to plant the same motivation in his students. He wondered why there were college-prep programs implemented in many high schools, but no such preparation for elementary school students.

After five years as a teacher at Los Penasquitos, Damen left to be the assistant principal at Park Village Elementary School for two years and then returned to Los Penasquitos to became the school’s principal. He worked hard to accomplish his predecessor’s goal to see every student in the school be proficient in reading, writing, and math. He created and implemented a six-step program intended to turn his school from under-performing to extraordinary. He experienced great success and Los Penasquitos improved dramatically. In nine out of the last 10 years, the school has been given a 10 out of 10 rating. It has received the designation of a National Blue Ribbon School and is a Model Title I School.

In 2003, the challenge of college preparedness for elementary schoolers remained a burden for Damen. He knew college readiness should begin earlier (and by doing so, performance could only go up). He tried finding case studies of schools implementing programs to prepare their students for college at the elementary school level, but he continued to come up empty. No one had even begun to research what college prep would look like that early.

In December 2003, after finding no answers or examples, he woke up at 2 a.m. one day with a burden on his heart. He found himself writing down, “Let’s be the research.” 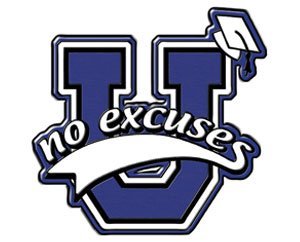 That’s where the idea for TurnAround Schools and the NEU network began. Damen founded TurnAround Schools in 2006 to counsel and train elementary, middle, and high schools all over the U.S. as well as hold annual national conventions that bring together educators from around the country.

Los Penasquitos Elementary was the first school added to the NEU network. The foundation of what TurnAround Schools teaches and what its clients implement is called the Six Exceptional Systems, which consists of 1) a culture of universal achievement; 2) collaboration; 3) standards alignment; 4) assessment; 5) data analysis; and 6) interventions.

All six steps, particularly creating a culture of universal achievement and collaboration, “drive staffs to reach for their goal of 100 percent of students being proficient or advanced in reading, writing and math,” said Dan.

Each school receives a different, tailored plan, depending on its needs. Schools look at data for individual students and then place them in interventions based on their unique needs. But for many schools, step one of the six can be the biggest hurdle.

“Schools have to ask themselves, ‘Do we really believe every student can learn?’” said Dan, who explains the process as a “staircase”—schools need to take one step at time and move to the next step only after accomplishing the one before.
TurnAround Schools puts on institutes throughout the country where teachers and school leaders learn the Six Exceptional Systems and are coached with strategies for improving their at-risk schools. Once a school completes the training and implements the systems, it becomes a part of the NEU network, which now includes more than 138 schools in 22 states.

Every school in the NEU network promotes a college culture by “adopting” a college or university. Similar to Dan and Damen’s mother’s nightly mantra, “after high school comes college,” NEU students are exposed to university symbolism throughout their early education.

One of their more inspiring success stories was of an under-performing school in Amarillo, Texas. San Jacinto Elementary School was the lowest performing school in Amarillo. In 2007, it sent its principal and a few teachers to an NEU training conference. At the conclusion of the event, the principal admitted feeling “offended” by some of the criticisms NEU had for his school. But he went back to Texas and established the Six Exceptional Systems. According to the Texas Education Agency accountability ratings system, San Jacinto was designated as “unacceptable,” the lowest end on the spectrum. In just three years, the school went from unacceptable to exemplary—from the bottom to the top.

San Jacinto Elementary has since added a GED program offered to parents of the school’s students, added the local middle and high school to its NEU network, and worked with area foundations to apply for and receive a grant from the Bill and Melinda Gates Foundation to establish the first-ever NEU Neighborhood, a network of schools to include the local elementary, middle, and high school, as well as college, all functioning in the NEU feeding pattern. The best part? If students in the NEU network meet needed requirements, they get a free ride to the local college.

TurnAround Schools has many stories of schools considerably improving their performance and scores. But the brothers recognize that their methodology “is no silver bullet.”

“The idea is simple, but the work is hard,” said Dan.

They certainly don’t shy away from a challenge. Out of three overarching future goals for NEU, number one is to “revolutionize public education.”

“Public education needs reform at the site level,” said Damen, who says policy is not his game. He and Dan are much more interested in changing schools one at a time.

Goal two is to establish No Excuses University Prep Schools, charter schools placed in under-performing areas. The first school of this kind for NEU was Telesis Academy of Science and Math in West Covina, Calif., a previously failing middle school that was getting ready to close its doors. The entire Telesis teaching staff trained with Lopez on the NEU culture, and after its first year partnering with NEU, re-opened as a K-8, district-support charter school in 2011. In its first year as an NEU Prep School, Telesis grew 72 points on the California Academic Performance Index, an unheard of single-year jump for any school.

NEU’s third and “loftiest” 15-year goal is to open NEU Campus, a college-like environment where foster children can live and get a stellar education.

“Only three percent of foster children graduate from college,” said Damen, who, along with his wife, Lara, recently moved to Dallas, Texas, to pursue their dream of finding 50-100 acres of land to build the first NEU campus.

Despite their success and results, Dan and Damen remain humbled by what TurnAround Schools and NEU have become. It’s hard to believe that the Lopezes’ five-year goal was to have 25 schools in its network, because after only six years, they’re up to 138.

“This work is our mission field,” said Dan. “We know God has called us to this—He has been opening so many doors.”