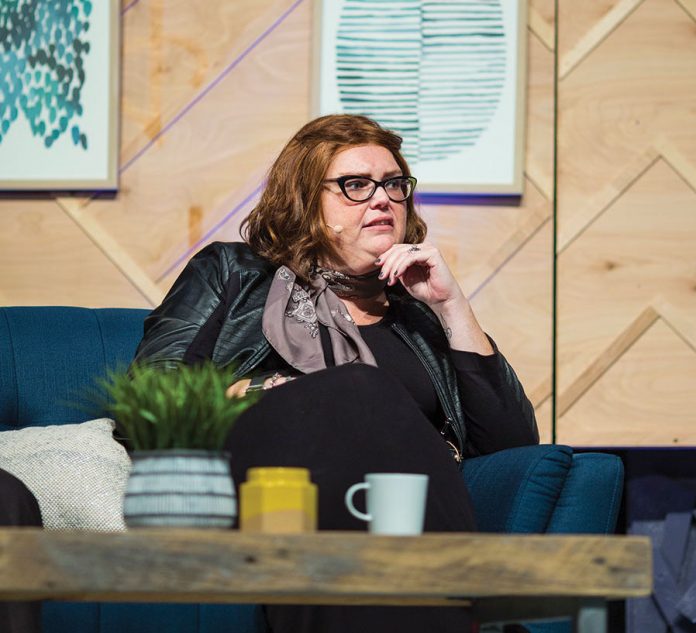 Journalist, professor, nonprofit writer, student — Danielle Cervantes Stephens (00) has a career that is still evolving. In each stage and place, her intellect, faith, and work ethic have stood out.

In 2006, Cervantes won a Pulitzer for her team’s journalism work at the San Diego Union Tribune. In 2007, she added adjunct professor to her resume. By 2011, she had moved from daily journalism work to writing and researching for nonprofits while teaching. Today, in addition to those pursuits, she is working on a master’s degree in French literature in preparation for pursuing her Ph.D. in comparative literature.

As an undergrad at PLNU, Cervantes studied literature and political science.

“Literature taught me to understand how people think, and political science taught me how people behave and how to work with people,” she said.

Cervantes also minored in women’s studies and took many courses in French, giving her a rich and diverse liberal arts background.

“Another super influential thing that happened was in 1999, I went to Israel over Christmas break with Mary Conklin and Bob Smith,” she said. “I re-found my faith there, and it just changed me. I had been raised Nazarene, but I learned new things that inspired me.”

The summer between her sophomore and junior years at PLNU, Cervantes was barely making rent when she landed a much-needed temporary job at the San Diego Union Tribune. She impressed enough over the next several summers that she was offered a regular position in April 2000. She started out as a researcher and librarian before being promoted to senior reporter specializing in investigations and data journalism.

“Literature taught me to understand how people think, and political science taught me how people behave and how to work with people.”

As her writing career unfolded, Cervantes saw her role as more than simply storytelling.

“I am a sixth generation San Diegan, so when I was working on [certain] stories, it was about doing better for the taxpayers,” she said.

One example was the story set that won the 2006 Pulitzer Prize for National Affairs Reporting — the story of allegations of bribery and fraud against Rep. Duke Cunningham. Another story where Cervantes felt she was able to serve the public came in 2008 when she and her partner covered the city’s rebuilding efforts after the Witch Creek and Guejito wildfires.

“We really dug in after the 2007 fires because the City of San Diego tried to clean that up, and they did a horrible job with the contractors,” she said. “We triggered a federal criminal investigation. The city settled and a few million dollars went back to San Diego taxpayers.”

In 2007, Cervantes and her colleague were removed from City Hall for “civil disobedience” while they were attempting to view public records. The year 2007 was also when Cervantes married Dave Stephens and when she began teaching as an adjunct professor at PLNU.

As a professor, she strives to impact the lives of her own students the way her PLNU professors influenced her.

“Teaching isn’t the right word,” she said. “I’m trying to raise this generation of journalists. That’s why I call them my ‘watchpups’ instead of ‘watchdogs.’ It’s this little family I have tried to develop over the years.”

“I’m trying to raise this generation of journalists. That’s why I call them my ‘watchpups’ instead of ‘watchdogs.’ It’s this little family I have tried to develop over the years.”

In addition to inspiring her students to good work, Cervantes has a desire to help students struggling with mental health issues. Cervantes was diagnosed with bipolar disorder at age 40 and has experienced PTSD and OCD in response to traumas from her past. Her mental illness has been one of the greatest challenges of Cervantes’ life. But it means she has great empathy to share with others who are suffering.

“I know I am created the way I am for a reason,” she said.

The professors who saw her, cared about her, and supported her during college made a tremendous difference — she goes so far as to say that PLNU saved her life. Now she is committed to helping others.

Whether in the classroom as student or professor, writing, or serving at her church, Cervantes uses her education and faith to love and serve others.