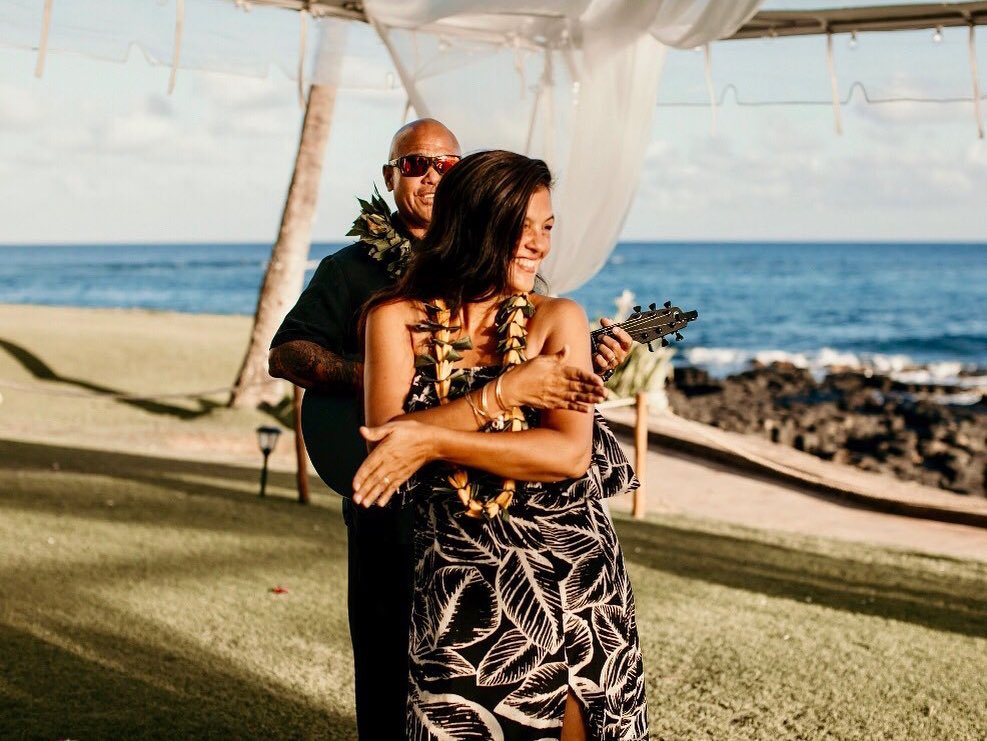 Sandra “Kainoa” Na’ihe has devoted her life to serving children, including her own six children and three step-children, children of friends and family members, and the many children she has served through her work and church.

The oldest of eight children (six sisters and one brother) Na’ihe has always loved children. Her passion for serving others and for serving children in particular was nurtured during her time at PLNU where she double majored in child development and home economics. She transferred from UH Kauai Community College to the university her junior year when her younger sister decided to attend. Na’ihe found a niche in student ministries where she was involved in tutoring and other service activities. Her senior year, she was elected to ASB’s student ministry position and led 21 student ministries in that role.

“I was fortunate to be the overseer of all those ministries and all those wonderful people,” she said.

During her PLNU days, Na’ihe was also involved in the Da Hawaii Club and participated in LoveWorks short-term missions. She especially enjoyed student-led worship in Time Out chapel and made many lifelong friends.

Na’ihe graduated from PLNU with a degree in child development and moved back to her home in Kauai. After several years working as a substitute teacher at a variety of preschools across the island, she became a mother and initially stayed home with her own children. Eventually, Na’ihe was sought out to work as a child development specialist in a home visiting program through a state-funded contract. She worked to promote healthy development and bonding from the prenatal stage to age 3. Her job also included working with children with developmental delays as part of a team that included nurses and physical therapists. Eventually, the grant for that program ended, and although she was sad, Na’ihe took the opportunity to begin subbing at various schools.

“I was also always involved with Sunday school and children’s ministry,” Na’ihe said. “And I was the number one babysitter for all my friends!”

Later, Na’ihe had opportunities to do more home visits through a traveling preschool program, and she loved working with families in that setting. Another grant-funded program gave her the opportunity to work with middle schoolers on life skills.

By 2009, her youngest child was beginning Kindergarten, and Na’ihe had earned her teaching credential and master’s degree. She accepted a position teaching Kindergarten in January 2010, and six years ago she switched from a public school to a Hawaiian-focused charter school called Kanuikapono Public Charter School. She is the secretary on the school’s board of directors.

Na’ihe also served on a crisis team for four years.

“I have a deep desire to reach out to children who are struggling with suicidal ideation,” she said.

Her work with children across Kauai has been a very important part of Na’ihe’s life. Being a mother, however, has been her most important work of all.

“My children are my biggest ministry, my greatest job, and my greatest struggle,” she said. “I feel like I’m naturally flexible and accepting of all types of children, but being a mom has given me more insight into how every kid is so different.”

For many of her parenting years, Na’ihe has been a single mom, and she has been through some especially difficult circumstances. After her first marriage, she had to spend time living in a women’s shelter. Then, about a decade ago, Na’ihe received the devastating news that her father had sexually assaulted children in her family. Investigations revealed that it was not an isolated incident. Her father had previously been a church elder and a strong influence on her decision to pursue a relationship with God, and learning this news was heartbreaking.

“His sin hurt a lot of people,” she said. “It broke my family apart.”

Despite the pain he caused, Na’ihe knew that clinging to anger against her father was not going to help her family.

“The thing I’m most proud of and thankful for is choosing to forgive,” she said. “I chose to forgive my dad. I live on a small island, so many people know what happened. I’m just thankful that I was able to cling to God so that my children can see that if you choose God, you can somehow make it through.”

“I’m just thankful that I was able to cling to God so that my children can see that if you choose God, you can somehow make it through.”

Na’ihe’s father passed away from cancer two years ago while serving time in jail. Because she has allowed God to work healing in her life, Na’ihe is able to help others going through trauma.

“I’ve been able to help people in the community as a mom and daughter,” she said. “It’s a huge part of my testimony.”

Na’ihe’s life has been lived in service to God and her calling to serve children. Her continued faith despite the traumatic experience in her life is an example for not only her own children but for anyone who is experiencing difficulty.

PLNU is pleased to present Na’ihe with the 2019 Alumnus of Point Loma Award. Join us November 22-23, 2019 at Homecoming to hear from Sandra “Kainoa” Na’ihe in person during Homecoming Chapel and at Loma Talks.

Related Article: Michelle Murphy is bridging the technology gap between students with home internet access and those without.