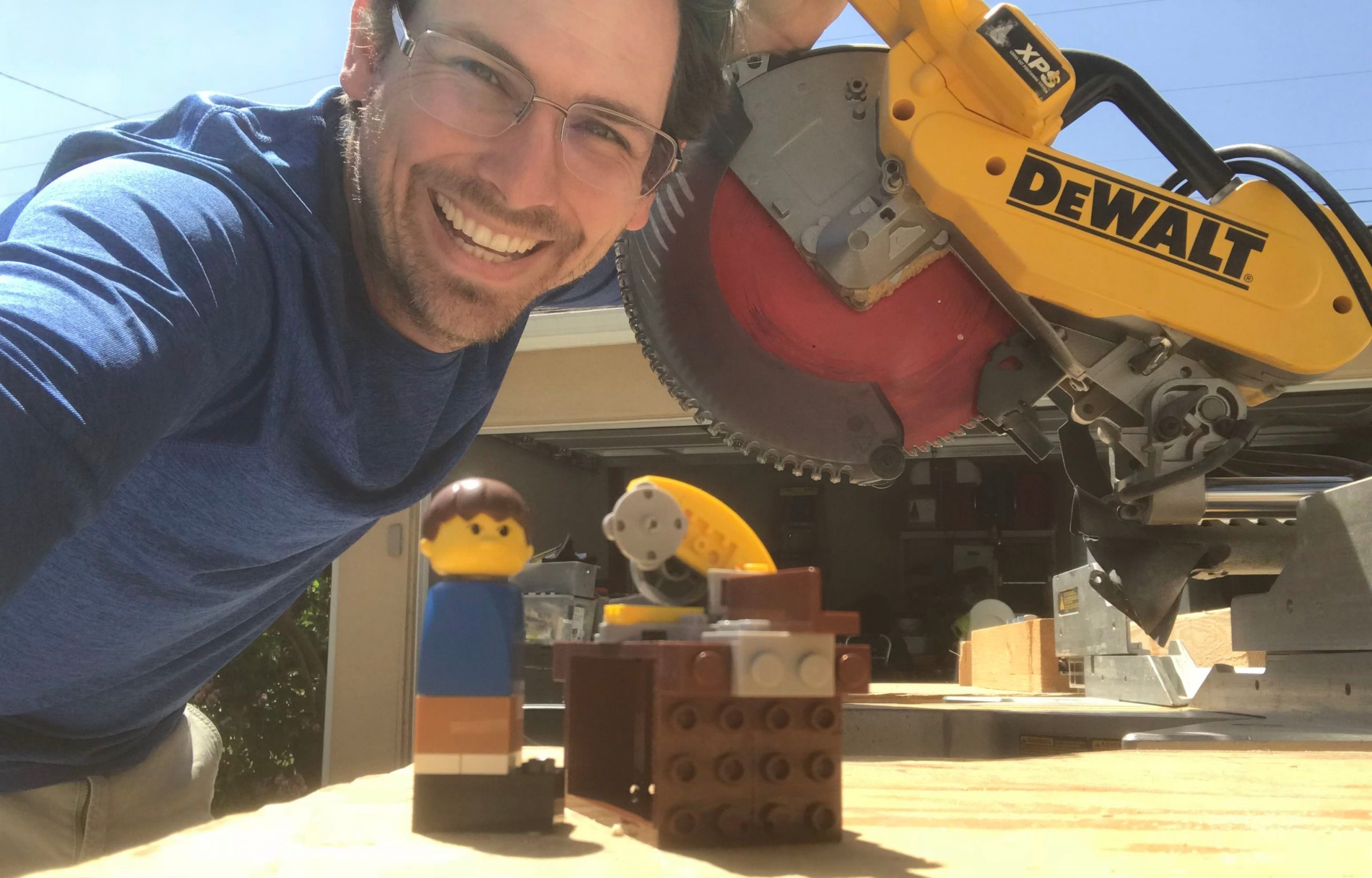 Super Dad celebrates aspiring DIY fathers by sending a crew to help dads “turn their kids’ outrageous backyard dreams into playtime reality.” Together they build playsets, skate ramps, and other outdoor playthings that the whole family can enjoy. Roberts spoke with Viewpoint about his career in art direction and production design—as well as the heart behind his new show.

During his time as an undergraduate at PLNU, Roberts made his first film and fell in love with filmmaking. From the beginning, he thrived in construction rather than more traditional tracks to the movie industry—fine arts, filmography, or acting. He remembers being a year behind Destin Daniel Cretton (03), director of Just Mercy and the upcoming Marvel film Shang Chi and the Legend of the Ten Rings. Cretton and other classmates inspired Roberts and mentored him during his major projects. He was involved in set building in his early projects, which led to opportunities in art direction and production design. Roberts described that a lot of what he does is turning others’ abstract ideas into a physical space.

“Most of what I do is art directing,” Roberts said. “I get a stack of pretty pictures to turn into reality.”

Early in his career, Roberts art-directed and designed commercials, documentaries, and web series. Later, Roberts’ rustic, outdoorsy art direction on American Grit got him into the Art Director’s Guild. In contrast, he also drafted the plans for an organic, living spaceship as the set designer for the sci-fi comedy series Earth to Ned for Disney Plus.

A lot of what Roberts does is turning others’ abstract ideas into a physical space. “I get a stack of pretty pictures to turn into reality.”

Roberts was working on the HBO Max docuseries Equal when the pandemic shut down production. He had only been in the director’s guild for a few years and didn’t think he had a network to support him continuing to work in the industry. He thought it might be two or three years until he was back on a set.

“There was a lot of sending drawings ‘into the ether’ during the pandemic,” Roberts said.

However, as it turned out, people streamed so much content during the pandemic that entertainment companies were rushing to create new shows. Sets started opening up to fill the tremendous demand as early as summer 2020.

“There was a huge content void,” Roberts said. “Everyone in set design was being booked.”

Roberts explained set dressers and builders had been getting calls three times a day—even being offered extra money to forgo one job to come to another set.

Since the early brief pandemic hiatus, Roberts has worked nonstop. He was the art director for the third season of Holey Moley, which reimagines mini-golf with elaborate and extreme twists like ziplines, obstacle courses, and gigantic rubber ducks.

While working on his new reality show Super Dad, Roberts was in close virtual contact with co-producers Alex Wysocki and Taylor Calmus (who is also the host of the show). As they brainstormed, one key goal of Super Dad that emerged was to create fun for the whole family—to create spaces that everyone can enjoy. It was important to Roberts that the fathers and parents would be able to use the fun builds as well as the kids.

“The hope is that parents will play as much as the kids do,” Roberts said, “so that all of us can play together.”

As carefully as they planned each project, the producers never truly knew what they would build until they visited the space and connected with the family. Every episode had to be special for each individual family, which always involved some improvisation and creativity.

“In the first episode, the featured dad had just lost his wife to cancer,” Roberts explained. “We wanted it to be special, but the family’s backyard was on a steep hill, which was a big restriction. We eventually decided on a backyard build at his sister’s house since he and the kids spent so much time there.”

Although the builds are fun to see, they’re secondary to what the show is all about—celebrating fatherhood. Roberts, Calmus, and lots of other fathers who work on Super Dad want the show to be an opportunity to share and support each other’s experiences.

“The DIY elements are just the framework of the show,” Roberts explained. “It’s really about Taylor talking to other dads, connecting and discovering how to be an engaged parent.”

Super Dad from the Magnolia Network is available now on Discovery Plus.