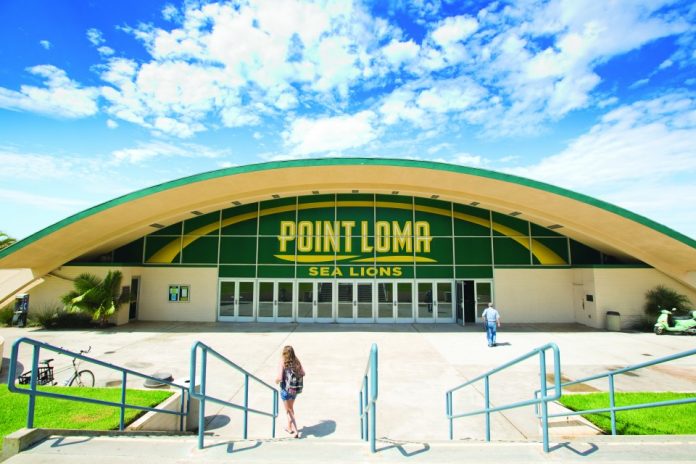 “Many athletes, coaches, and support people have helped shape the storied history of PLNU athletics,” said Ethan Hamilton, PLNU’s athletic director. “I would like to commend the selection committee on recognizing an extremely worthy class that will receive our athletic department’s highest honor.”

The ceremony will be held on Sunday, Nov. 24 at
1 p.m. at the Liberty Station Conference Center (LSCC). Tickets are $50 per person and can be reserved by contacting Dianne Rabello at drabello@pointloma.edu or (619) 849-2265.

Here is a quick look at the 2013 PLNU Athletic Hall of Fame class.

One of the most decorated softball student-athletes of the Sea Lions’ great teams in the late 2000s, Dyla played for PLNU from 2005-08. She was named an NAIA All-American as a senior. Also a two-time NAIA All-Tournament selection as an outfielder, Dyla helped lead PLNU to a third place finish in the NAIA in 2006, a second place finish in 2007, and a third place finish in 2008. She is PLNU’s all-time leader in hits (334), runs (216), and stolen bases (185) while ranking third in career batting average (.412). When her storied career ended at PLNU, she was the NAIA’s all-time leader in stolen bases.

Two-time All-American selection for the women’s basketball team, Mercado helped lead the Sea Lions to some of their most successful seasons in school history. With Mercado at the helm, the 2004-05 team posted a school-record 33 wins and finished third at the NAIA National Tournament. Mercado ranks third in school history with 1,919 points and first with 525 career steals (250 more than second place). Mercado also finished ranked in the top 10 in rebounds (eighth), assists (ninth), blocked shots (sixth), and 3-pointers made (fourth).

The PLNU women’s basketball program’s all-time leading scorer and rebounder, Kellar-Hill played for the Sea Lions from 1999-2003. She was a two-time All-American honorable mention and the 2000 GSAC Player of the Year. Kellar-Hill still sits atop the PLNU record books with 2,330 points and 972 rebounds. This three-time All-Conference selection and four-time team MVP also holds the school records for points in a game (40) and points in a season (690).

Perhaps the best team of the Sea Lions’ dominant men’s cross country teams of the early 1990s, the 1991 squad won the GSAC team championship with a record-low total of 17 points as their runners finished first, second, third, fifth, and sixth. The team would go on to take the regional title as well with 23 points to earn the trip to the NAIA Championships in Wisconsin. Those national championships would be the only meet the Sea Lions would not win that season. The team was coached by NAIA Hall of Fame member Jim Crakes. Team members on that 1991 squad were Robert Keter, Gus Arce, Ken Hall, Kenneth Jansson, Scott Lardner, Doug Ravasdy, Steve Childs, James Michaelian, and Bryan Wallbank.

The lone meritorious service selection of the 2013 PLNU induction class, Young has endeared himself to the Sea Lions’ track and field and cross-country programs over the past 25 years. He has helped in nearly every capacity with the teams, including acting as a bus driver and long-time liaison for both programs. Young also served as a member of the board for the Point Loma Sports Associates.

Perhaps the top male student-athlete to ever pick up a tennis racket for the Sea Lions, Sundberg rewrote the record books during his two seasons wearing the green and gold. He captured the GSAC individual title in both 1995 and 1996 while earning All-American honors each season. He went 23-1 as a junior and followed that with a 37-7 record and a trip to the NAIA finals as a senior. His .822 career winning percentage (60-8) is still the best in PLNU men’s tennis history.

A standout performer for the men’s golf team from 2004-06, Prince took home the NAIA National Championship in 2006 by firing a 4-under par over 72 holes. That year, he was selected for the Arnold Palmer Award as the NAIA’s top golfer. He was also named an All-American twice in his career, first as a sophomore and again as a senior. He finished his last season at PLNU with a 73.61 scoring average. Prince is now coaching and made stops at PLNU, California Baptist, and the University of San Diego before joining the Arizona State coaching staff this past season.

A three-time NAIA first team All-American for the women’s tennis team, Bowman helped set the standard for the program in 2004-07. She was a four-time All-GSAC and All-District selection. She is also one of the top doubles players in school history. She ranks fourth with 23 doubles wins in a season and fifth with 80 wins in her career.

Point Loma Nazarene University fans will notice a new look on the Sea Lions’ athletic website and in its logos and colors.

This is PLNU’s provisional year as a member of the NCAA, the final step of a three-year membership application process. To celebrate, PLNU partnered with Joe Bosack & Co., one of the most respected athletic graphic design firms in the country, to create an image as unique as PLNU itself. The Bosack group is noted for delivering well-researched brand identities.

“We are thrilled to have marks that can be used with consistency throughout our athletic programs,” said athletic director Ethan Hamilton. “We also believe that we landed on marks that represent our university well and where we have genuine buy-in from our coaches and staff.”

The new set of marks and logos for PLNU athletics incorporates the school’s Christian tradition, illustrates its location by the Pacific Ocean, and introduces the color “sunset gold.” Sunset gold will ride alongside forest green as the official colors of the Sea Lions. These colors continue to make PLNU a unique identity in the Pacific West Conference and the San Diego area.

To accompany the launch, all the PLNU athletic fields, including Golden Gymnasium, were branded with the new PLNU marks and the NCAA logo. Fans and students will notice the new logos and the bright colors throughout the PLNU facilities. Also prominent now is the Nike “swoosh,” as the Sea Lions proudly entered into an agreement with the world’s number one shoe company to become the official shoe and clothing sponsor of PLNU athletics. Fans will now have the chance to see the new PLNU logos right alongside a bright sunset gold swoosh on the Sea Lions’ uniforms.

“We truly believe this agreement [with Nike] will add credibility and quality for both our current and prospective student-athletes,” said Hamilton.

PLNU fans will also notice a new online presence at plnusealions.com. The website has been redesigned to showcase the new marks, logos, and colors. It also better features the student-athletes and beautiful campus of PLNU.

“This is the culmination of an 18-month process that has involved the collaborative efforts of several people on campus,” said Hamilton. “We believe this will be an identity that all students, faculty, staff, and alumni can be proud of.”

The Art of Aging