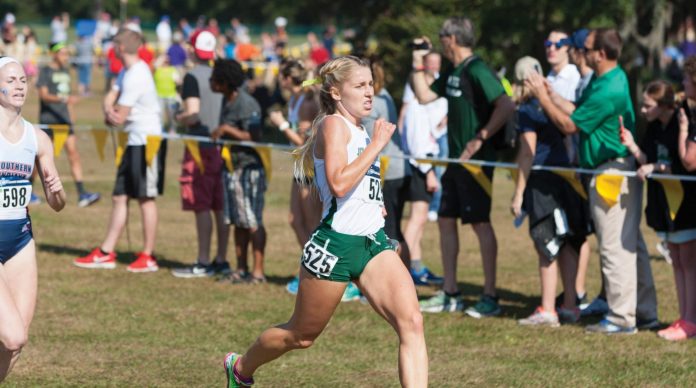 PLNU has won the 2016 President’s Award for Academic Excellence — claiming the top honor for the first time since joining the NCAA Division II three years ago. The Sea Lions have climbed through the university rankings over the past three years, from taking third place in 2014, to placing second in 2015, and now finishing first in 2016. The award is a direct reflection of the hard work of PLNU student-athletes, who increased their Academic Success Rate (ASR) to 99 percent in 2016 on top of their athletic triumphs.

President Bob Brower stated, “I’m very pleased with the academic success of our student-athletes and their success in timely graduation. Our faculty and coaches work together to serve PLNU students in their academic pursuits while continuing full participation in intercollegiate competition.”

Impressively, during the last three years that PLNU has been a part of the NCAA Division II, seven of the Sea Lions’ 11 teams have qualified for NCAA postseason play and seven PLNU student-athletes have been named All-Americans.

“I am extremely proud and am deeply impressed by both our current and former student-athletes,” said Ethan Hamilton, PLNU’s athletic director. “In addition, I am very thankful to our coaches, staff, and the rest of our campus who take great pride in graduating our students. This is a very special honor.”

PLNU led 26 Division II member schools that will be honored as part of the program for achieving four-year ASRs of 90 percent or higher. Directly following PLNU was Bentley University, Saint Michael’s College, and Hillsdale College. All three achieved a 98 percent ASR.

“Division II’s philosophy is built on a commitment to supporting the whole student, including academic success as a primary emphasis,” said Steve Scott, president of Pittsburg State University and chair of the Division II President’s Council.

PLNU’s emphasis on holistic education and a supportive community has served as a natural complement to this philosophy from the NCAA Division II program, allowing the university to quickly set itself apart. Whether in the classroom, on the court or playing field, or in service to the community, PLNU student-athletes are doing us proud.

After just three years of competing at the NCAA Division II level, the PLNU women’s cross country team placed 12th at the national championships on Nov. 19 — claiming the best finish for any PLNU team ever at an NCAA II event, and the second top place ever for a PacWest team, following California Baptist University.

The team was one of the youngest at the championships — made up of freshmen, sophomores, and one junior — but that didn’t stop it from claiming 12th place out of 32 teams with 365 points. It also didn’t stop sophomore Brianna Bartello from capturing an All-American honor with her 37th place finish. Bartello led the Sea Lions with a time of 21:27.2 over a 6k course — an average of 5:46 per mile!

Junior Alex Hernandez was the next Sea Lion across the finish line, finishing in 77th place with a time of 22:05.1. Marissa Bartello and Hannah Benoit Bucher followed quickly, placing 90th with a time of 22:16.7 and 96th (22:19.4), respectively.

After the meet, Jerry Arvin, PLNU’s women’s cross country coach, was glowing with pride for each team member. A veteran coach with nearly 40 years of total experience, Arvin believes the lessons his athletes learn in cross country will prepare them to be successful in life, including the commitment to practice, the application of learning from mistakes, and the joy in winning. He was full of praise for the team.

“I’ve been here 29 years and this is the most talented group of runners I’ve ever seen,” he said. “Some athletes don’t compete well, even if they’re good. These women don’t let the hype of the race bother them. This is the first time most of them have been at this event. We were ranked 15th going into it, and only missed 11th by three points. The future is bright for these women.”