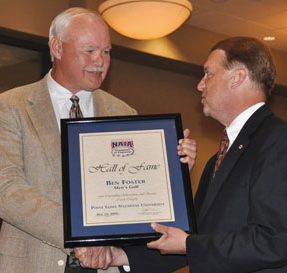 Longtime PLNU men’s golf coach Ben Foster stepped down at the conclusion of the 2012 season. A PLNU and National Association of Intercollegiate Athletics (NAIA) Hall of Fame member, Foster led the golf squad for 38 years. He also previously served the university as the men’s basketball head coach, professor, and intramural director, as well as in other leadership capacities.

“Coach Foster has dedicated his life to PLNU and has been an influence on many students and colleagues,” said PLNU President Bob Brower. “I appreciate Ben for his service, and I wish him all the best as he begins this next phase of life.”

“It has been an honor and privilege to teach, coach, and serve my entire professional career at PLNU,” said Foster. “To be able to work with students and athletes through the medium of sport has been a very special experience. Zack is one of my former players and will do a great job of leading these young men in their final season. I will be there to help him, if needed, every step of the way.”

During his tenure as golf head coach, Foster won 14 regional or district titles – including the 2012 GSAC/Cascade/Cal Pac NAIA Qualifier – and his teams qualified for 22 NAIA national championships, finishing in the top 10 on 10 different occasions. Foster has also mentored 25 All- Americans and three national champions: Greg Brown (1978), Joe Prince (2006), and Sam Cyr (2008, 2009).

Foster also had a distinguished playing career for the Pasadena College basketball team. Skilled on both ends of the court, Foster played from 1965-68 and is still the fifth all-time leading scorer and second all-time leading rebounder ever to suit up for PLNU. During his playing career, Foster earned three All-District and two Honorable Mention All-American selections and was tabbed as an All-West Coast pick. Foster was drafted by teams in the NBA and ABA but chose to dedicate himself to his alma mater. He later earned a master’s degree from SDSU in physical education.

Foster will remain involved both as a faculty member in kinesiology and in an advisory role with the PLNU intramural program for the 2012-13 school year.

“I am extremely appreciative for Ben’s service at PLNU,” commented athletic director Ethan Hamilton. “He has been an iconic figure in our athletic, intramural, and kinesiology programs.”

A few highlights of the past year included a conference championship and a third-place finish at nationals by the women’s soccer team, 13 NAIA All-Americans, and 29 NAIA Scholar-Athletes.

PLNU ended 2012 – and 60 years in the NAIA – in style. The final-ever event for the athletic program in the association was the men’s 400-meter hurdle race. Junior sprinter Sean Lewis set a school-record in the event and was nearly a second faster than the next runner, winning a national championship in the process. 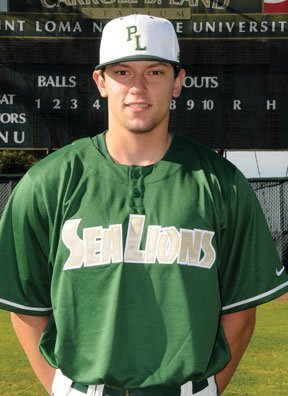 PLNU catcher Ricky Gingras was taken by the Houston Astros in the 18th round of the 2012 First-Year Player Draft, the 549th overall pick.

Gingras hit a team-best .357 for the Sea Lions in 2012, collecting 56 hits in 157 at bats. The 6’2” slugger also belted six doubles with seven home runs and 36 RBI. He earned All-Golden State Athletic Conference honors at the season’s end.

“I had no idea what round I’d be taken in,” said Gingras, who got the call from the Astros shortly after his selection. “It’s been a dream of mine to play baseball professionally since I was a little kid. I’m excited to get that chance.”

Skilled behind the plate, Gingras started 42 games for the Sea Lions in 2012, his only year playing for PLNU. The accurate and hard-thrower posted a .985 fielding percentage, making 283 putouts with 43 assists. Gingras threw out 26 runners attempting to steal base.

Before coming to PLNU, Gingras played at the College of the Desert and was a 2010 first-team Foothill pick as well as team MVP and team Offensive Player of the Year. Prior to that, Gingras prepped at Palm Desert High School.

“I am excited for him,” said PLNU head baseball coach Joe Schaefer. “I was hoping he’d get a shot. He played really well this year and deserves the opportunity. Houston is a good organization, and if he plays well, he will rise fast.”

Gingras is the 26th PLNU player taken in the MLB Draft and the eighth player coached by Schaefer selected.

“I definitely learned a lot and really enjoyed playing for Coach Schaefer,” said Gingras. “I’ve worked my tail off to get to this point, and I am going to keep working hard. I can’t wait to get started.” 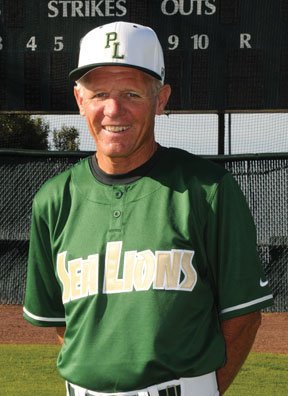 Baseball associate head coach Jack Northam is retiring this year. Northam has been a member of the PLNU baseball family since the early 1980s. During that time, he served the program as an assistant to three coaches before taking over the team after the 2005 season.

Northam was PLNU’s head coach for two years (2006-07) and then a co-head coach in 2008. PLNU baseball compiled a 90-63 record under his guidance, finished in the top four of the conference each year, and made three postseason appearances.

In Northam’s first year as associate head coach, 2009, the Sea Lions posted 45 victories, won both the GSAC regular season and tournament crowns, swept through three games at an NAIA World Series Opening Round site, and then reached the finals of the NAIA World Series in Lewiston, Idaho. PLNU’s runner-up finish was the best ever in the long history of the university’s baseball program. PLNU reached 40 wins once again in 2010, winning another Opening Round title and finishing third at the NAIA World Series.

Jack and his wife, Betsy, PLNU music department assistant, live in Point Loma, where Jack also operates a roofing business. Daughter, Amber (00), is a PLNU graduate. The Northams are known for their multiple ascents of Mt. Whitney.