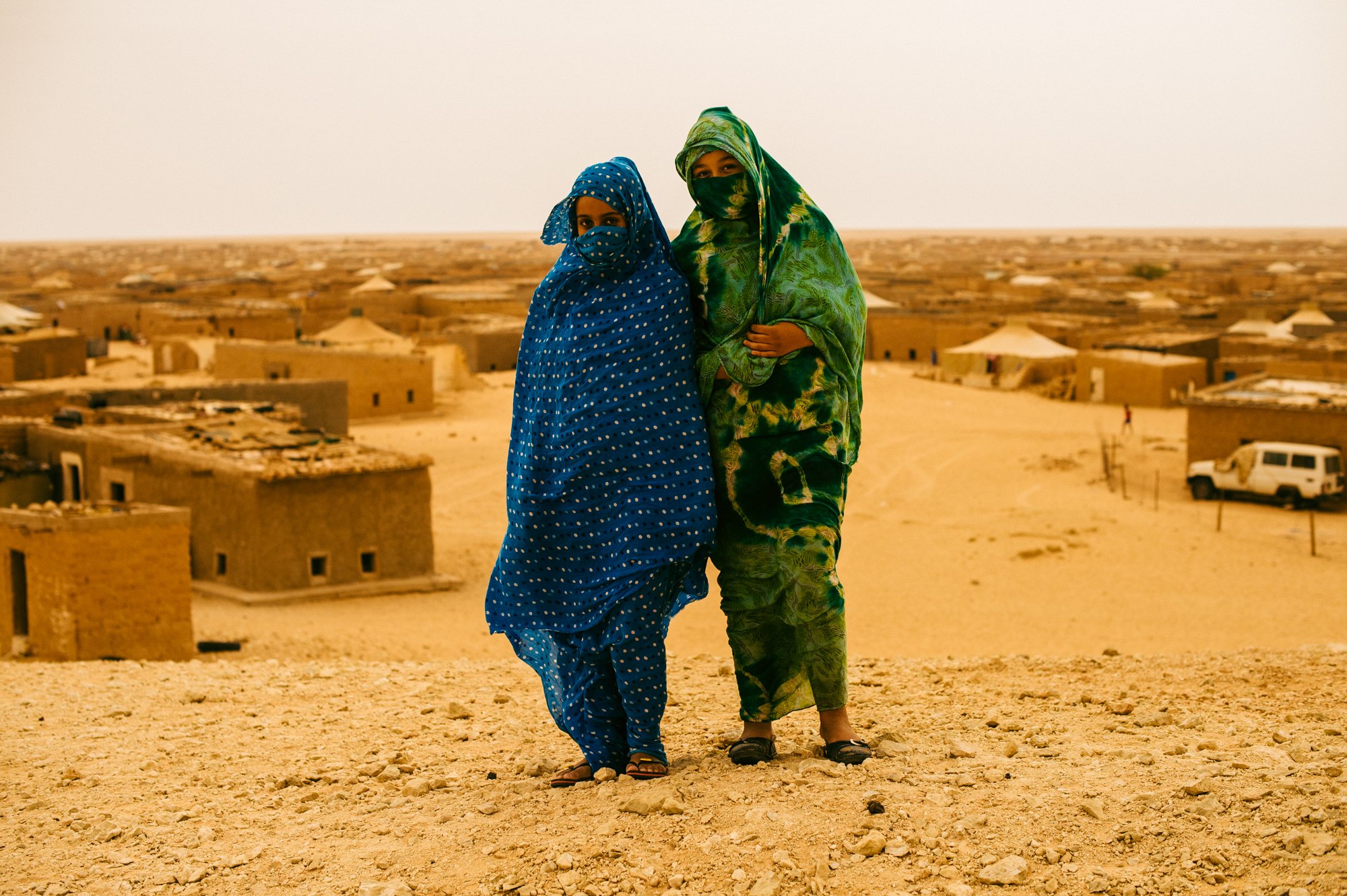 Shortly after Micah Albert (01) graduated from PLNU, he came across a story in the New York Times about a half-million Congolese refugees being evacuated due to an erupting volcano. What struck him most, though, was that the story was only about 250 words, and it didn’t have a single image.

“I saw this and thought, ‘You don’t have to even be a good photographer in that situation to still capture something extremely powerful,” Albert said.

Albert had always been interested in what was going on in the world. And since his grandfather had been an extremely accomplished photographer, it was a natural fit to pursue photojournalism. But the types of stories he wanted to capture were those that the rest of the world overlooked.

“I wanted to capture images of things that were affecting thousands and millions of people that most people didn’t know about,” Albert said. “And I wanted these images to reach the largest audience possible.”

He eventually went to South Sudan by himself, unsure of exactly what he was doing, while a bloody civil war ensued. It was incredibly dangerous, but these were the stories he wanted to tell most — ones that were critically important but also difficult and dangerous to capture.

“I established a solid portfolio of photography after embedding with South Sudanese forces,” Albert shared. “In hindsight, it was not very good work, but it was more a matter of showing that I could come back with images in places like that.”

After a lot of “pavement pounding” in both New York City and London, he was picked up by Redux Pictures in Manhattan.

I wanted to capture images of things that were affecting thousands and millions of people that most people didn’t know about.

Instead of taking on several short projects a year, Albert opted to take on fewer and more in-depth projects. Therefore, a single project might require him to spend five or six weeks in a given area.

Integrating, or “embedding” into an area can be very difficult and dangerous. Albert relies on contacts made from previous trips, contacts through relevant organizations in the area, or through organically meeting and getting to know people in the area. It’s a skill that cannot be taught, but rather one that a journalist has to acquire through experience and persistence.

“It’s a very organic process and you just have to be in the environment and get a hunch and make contacts and sources,” Albert said. “I started to learn who to trust and who to not trust, which requires time in the field. It requires developing friendships and contacts in every socio-economic group. There are few places where I’ve been where I didn’t have a solid contact on the ground beforehand.”

Albert has collaborated closely with another journalist and writer. In fact, he has been Albert’s most trusted travel companion, and some of the work Albert is most proud of has been the result of their collaboration (they have been named co-grantees by the Pulitzer Center). In one instance, they both collaborated on a project in Algeria where they embedded with Algerian special forces in the south of the country to gain access to a refugee camp that no one outside of the country knows about. They uncovered a compelling story about not only the camp itself but how Al-Qaeda preys on the camp’s youth in an attempt to recruit them. The story was published by Foreign Policy.

“The thing I love about traveling to these remote places is that I start to see how much more we have in common with others, and that there are fathers, mothers, and brothers who are trying to raise a family and have hopes and dreams and I genuinely want to convey their story and plight and challenge. I believe the public needs to know about this since it could potentially affect policy,” Albert said.

While Albert loves the work he does and ultimately believes in its importance, the inherent dangers coupled with seemingly public apathy with respect to his work can be disheartening.

“I have wrestled with the importance of the work I’m doing, and sometimes I can adopt a defeatist attitude after coming back from an extremely dangerous location to engage with friends back home or a public that doesn’t care,” Albert explained.

Beyond that, the job itself is emotionally and psychologically taxing. Albert has been exposed to war, violence, famine, illness, and other horrible realities. All of this injustice and suffering in aggregate can make it difficult to remain hopeful at times.

Albert shared an instance of near-despair when he was working on a story about early childhood marriage, an extremely difficult subject in and of itself, near Darfur. He was suffering from salmonella and giardia and was in the desert near Darfur. He was severely dehydrated, unable to keep any fluids in, with the temperature being an astounding 128 degrees.

“I had nothing in the tank and my body, emotions, and spirit were depleted. We go to a Doctors Without Borders clinic and there are thousands of refugees and I stumble to the front, about to blackout, and this doctor drops this electrolytes powder into a bottle of water and I drink it and instantly feel like a million bucks,” Albert said. “But then I turn around after I get my bearings and notice this sea of eyes of women and children that have fled hundreds of miles to be here and I’m at the front of the line because of the color of my skin. Here I am in the middle of the desert cutting the line and it hit me badly and I ran behind a fence and wept. I didn’t know then if my work was important because these people wanted medical attention and I’m there receiving care before them just to take pictures of them.”

Shortly after this experience, though, Albert was once again reminded of the importance of his work.

“I was at this beautiful seasonal river, and there were four or five boys playing in it. I needed to cool off and shower since I hadn’t in weeks and I made friends with these boys and regained perspective through laughter and a sense that we can still have joy in the midst of suffering. The biggest gift I’ve gotten from my work is the gift of perspective,” Albert shared. “There is so much uncertainty about tomorrow for these people, and these kids still had joy and were making the most of it.”

Albert has been to about a hundred countries, including Yemen, Chad, Jordan, DR Congo, Sudan, South Sudan, and many more. His work has been published in National Geographic Magazine, The New York Times, BBC, TIME Magazine, and many others. Additionally, his photography has won many awards, including the highest honor in photojournalism, a World Press Photo award.

While he ultimately loves this work, despite its dangers and risks, in 2014 he started to have a change of heart. His wife and two children were at home in Sacramento, and he was finding himself in increasingly more life-threatening situations. Around this time he had two friends that were killed, and he began to feel more uneasiness about his own safety.

“I was in the back of this land cruiser with soldiers and it was a million degrees and I had a rope tied around my ankle in case I fell out,” Albert said. “I got a grin from ear to ear, but it hit me that night at camp. I felt terror and that I had lost my edge. I felt that I was going to end up on Youtube with a black flag behind me and I had a reckoning with God that night. I believed in what I was doing, but over time I started to lose that and started taking a lot more risk, and out there in the desert God hit me in the stomach and asked me, ‘Who are you doing this for and why?’ I needed to take a break and stop being so aggressive.”

Albert spent a couple of years working for World Relief, speaking about his experience in refugee camps and sharing his hard-won insight. And while the break has been good and provided the opportunity for needed rest, he does plan to get back to doing what he loves — capturing the stories that few others are willing to do.

You can see more of Micah Albert’s award-winning photography by visiting his website.