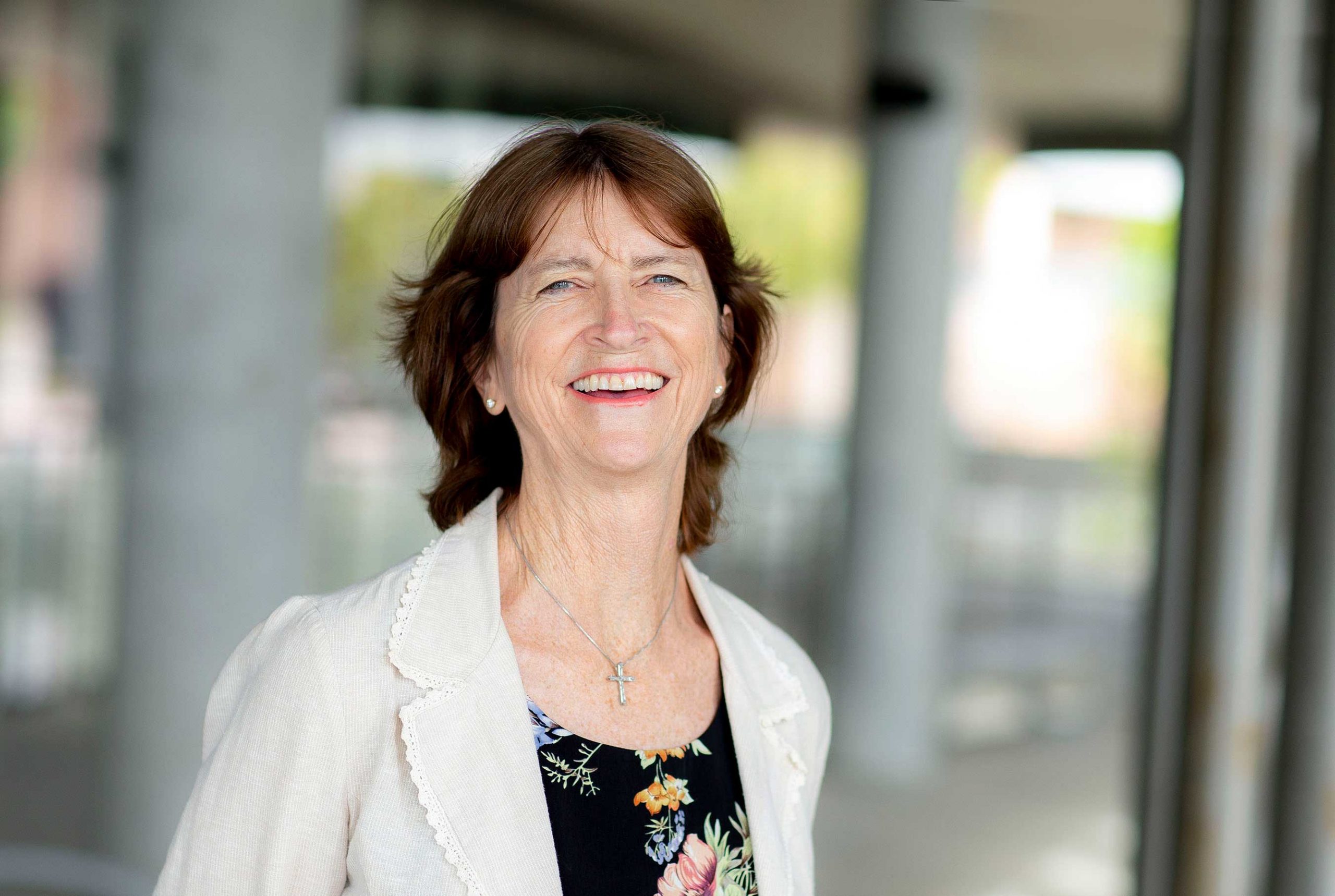 Dr. Mary Beth McCabe, DBA, professor of marketing with PLNU’s Fermanian School of Business, remembers her first solo trip. McCabe was 14 years old when her parents decided to move from New York City to Chicago, news that was incomprehensible to her at the time. Chicago seemed so foreign (she initially thought it was in farm country) compared to the cultural metropolis that informed her childhood upbringing. But most devastating of all, she was going to miss all her friends.

After moving, McCabe booked a plane ticket and her father dropped her off at the airport to fly back to visit her friends. On that first solo trip she learned invaluable lessons as she navigated through airport terminals, city streets, subways, and bus stops to reach her destination. Most importantly, she developed a love for travel that’s stayed with her to this day. McCabe has since traveled to more than 25 countries across six continents and shared her experiences on podcasts and in two travel writing books, the most recent of which was published in April 2022.

Entitled Five Steps to Solo Travel: A Women’s Guide to Travel in her Prime and published by Sun Marketing under McCabe’s pseudonym Dr. Mary Travelbest, the book serves as a travel guide for middle-aged women or older who are interested in traveling solo but may have different experience levels. The book is available in print, as a Kindle eBook, and as an Audible-exclusive audiobook, with further entries in the series slated to be published in the future.

The book’s chapters are arranged by topics such as air travel, planning tips, health, and safety. Each section includes a step-by-step process to guide beginning to experienced independent travelers through safe, efficient, and enjoyable travel experience.

For example, McCabe broke down how someone might approach air travel. She explained that Level one travel focuses on traveling to another location overnight and how to purchase a ticket. Level two concerns searching for deals when traveling within your home country. Level three addresses how to join frequent flyer programs and apply for airline rewards credit cards.

“Level four would be how you manage travel to the UK. What’s different about traveling to a foreign country?” she continued. “How many bags on the airplane are you allowed to take, what things you should know about your airplane experience? For the fifth level, you may be taking an airline you’ve never flown before or landing in a country where you don’t know anybody.”

Rather than focusing on how travelers can live in the moment, McCabe’s text is more evergreen; that is, that the content will be sustainable and fresh for readers in years to come. When considering the travel book market, most readers are familiar with Rick Steves’s destination-focused books or Bill Bryson’s memoir-based books like A Walk in the Woods.

McCabe was very much inspired by both in writing her book. However, she noticed most travel writers were not actively engaging with women audiences, so she decided to write specifically for this underrepresented readership. As she prepared to write her latest book, McCabe realized readers who bought her first book, 1993’s The World’s First Guide to Independent Travel, were primarily women.

“I made that distinction for the second book,” McCabe explained. “I narrowed my target audience to focus on a demographic that was older and female.”

The impetus for this second book grew from her podcasting experiences. In 2018, she was invited to speak about her travel book on a podcast dedicated to women travel. When the host decided to step down, she gave McCabe permission to carry on the podcast and later carry over her listener base to her own podcast.

The Mary Travelbest Podcast has now aired approximately 180 episodes over the past four years and is available to listen to on Spotify, SoundCloud, and Apple Podcasts. Most of the content discussed on the podcast and through her interactions with other women on social media platforms eventually served as the basis for the book’s chapters.

“Building that community and engaging with those women on a regular basis is something that not only do I enjoy doing, but I also teach how to use marketing tools,” she said.

“Building that community and engaging with those women on a regular basis is something that not only do I enjoy doing, but I also teach how to use marketing tools.”

McCabe’s marketing skills have greatly benefited her travel writing career as well, especially building a platform and company to offer her book. She uses her podcast and speaking events to engage with other women travelers and writers, offering them the tools to begin their own podcasts and other business and creative endeavors. She also directs her energy toward supporting The Red Nose Run where a portion of her book’s proceeds will be donated.

The Red Nose Run began in 1992 as a volunteer organization in San Diego County featuring a 5K run to support the local community. It also has recently been designated a 501(c)(3) non-profit.

“This is a 5K fun run on the beach, and it supports Semper Fi and also the San Dieguito River Park,” McCabe stated. “It’s an area of walking trails in the Del Mar area. This is a new charity for the group. We’ve raised over $275,000 over 30 years. It’s a community-minded fun run to support local charities. People dress up like reindeer and Santa Claus and they bring their dogs. We have prizes for the best outfits and teams. It’s a wonderful community event and a great charity.”

Most of all, McCabe emphasizes the values of sustainability and empathy toward other people and cultures are two of the most important aspects of traveling. McCabe reminds us we’re guests in another country or city, and as a representative of your country, we should also be open to learning from people we come in contact with while also trying to have a low carbon footprint and being respectful.

Ultimately, she says, the goal is to bring people together.

“Traveling helps us understand not only ourselves, but it also helps us understand others,” she said. “I believe in the bigger picture of it all, that understanding others will lead to more world peace. That’s my overarching goal: to bring cultures together to understand so that we are at peace with each other.”

While traveling solo may seem a daunting or lonely experience at first, McCabe reminds us God is always with us.

“You can become more spiritual when you travel. You can also see God’s work through your travels and be grateful for being in the present. You are reflecting well when you’re visiting and looking for what others are doing, and being respectful of them overall.”