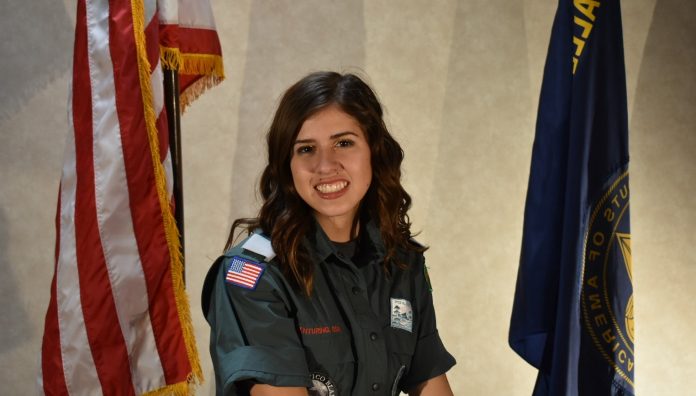 The Boy Scouts of America (BSA) opened membership to girls for the first time in 2018. By the next year, girls were officially allowed to be considered for Eagle Scout, the highest rank one can achieve within the organization. PLNU freshman Bella Krassow jumped at the opportunity.

Her father is a San Jose fire marshal and Eagle Scout, so Krassow was around the different events they hosted and helped out often.

When the membership opened, Krassow was able to start earning badges for different merit based activities. She started at 17 and received an extension, as one typically ages out of the organization at 18.

In a year and a half, Krassow worked her way through all seven of the ranks one must attain and completed a service project for her community.

As a member of San Jose’s Troop 2260, she will be included with several others to earn membership among the first class of female Eagles. This rank is typically awarded to less than five percent of those involved with BSA.

Krassow’s desire to study applied health sciences was a driving force behind her final project, for which she distributed over 200 “Vials of Life.” She shared that the vials are designed “for first responders to save time, energy, and effort by getting patients’ medical history, medication list, preferences, and possible allergies to facilitate a more rapid response to definitive care. These kits can save [a] life in medical emergencies.”

This service project aligns with her career goals of working in the medical field. She said she is considering the possibility of working as a trauma surgeon and is determined to put her efforts towards helping others, no matter where she ends up.

Krassow said that PLNU feels like a continuation of her calling to help and connect with others. Krassow shared, “The Scout Oath is: ‘On my honor I will do my best to do my duty to God and my country to obey the Scout Law; to help other people at all times; to keep myself physically strong, mentally awake, and morally straight.’ I try to live every day by this policy and so does Point Loma. We do our duty to God every day by going to chapel and living a good Christian lifestyle.”

While working through her undergraduate studies, Krassow hopes to get involved and try new things. Despite an unusual start to college with COVID-19, she said it was exciting to still be living on campus, meeting new individuals, and forming friendships while working toward her educational goals.

The journey to becoming an Eagle Scout was difficult at times, but Krassow was determined to make a difference and achieve this goal she had set for herself. “I want to be an example that other scouts, boys and girls alike, can look up to as someone who is willing to do the right thing and work hard for what they want.”