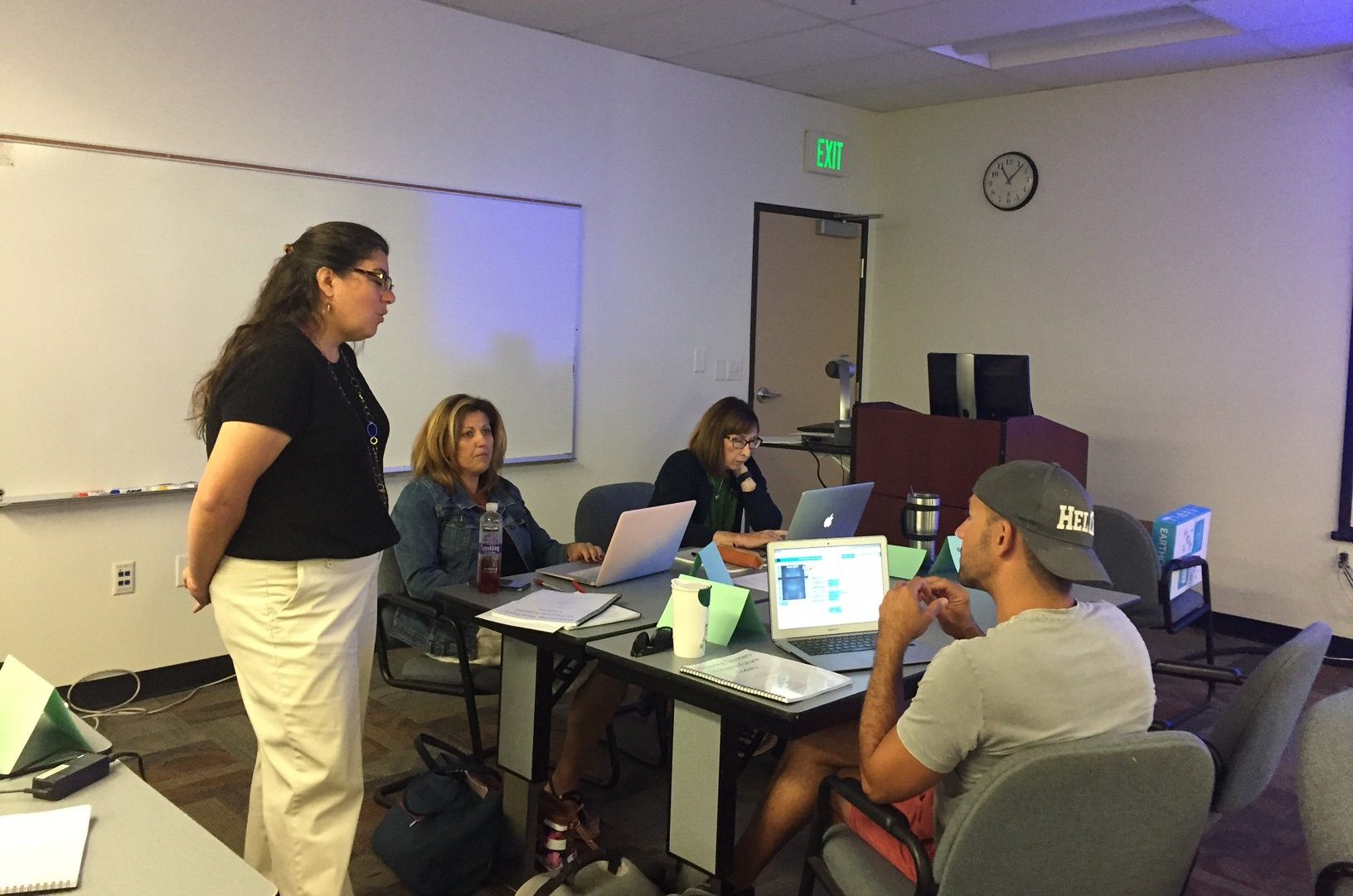 For Catherine Crockett, Ph.D., it’s never too early to stress the importance, variability, and excitement of mathematics and computer science. Crockett joined PLNU’s Department of Mathematics, Information and Computer Sciences in 2008 and teaches everything from entry-level to senior courses. For over 10 years, she’s served as a judge at the American Mathematical Society’s annual research event. She’s also devoted much of her research to helping educators of all types strengthen their students’ fluency in math, especially from an early age.

Crockett’s research — and one of her greatest mathematical passions — revolves around knottery. In short, knottery studies mathematical “knots,” geometrical objects resembling knots or braids in real life, with the two “ends” of the strand fused together to make a continuous shape that cannot be undone. Crockett explained that although most of the study is strictly theoretical, it has some fascinating applications, including many that have yet to be researched.

“Any structure that’s knotted can be studied and compared to another,” Crockett said. “DNA is an example of a significant structure that could have a lot of applications.”

At PLNU, despite the topic’s niche nature, some students have enthusiastically joined Crockett on some of this research. Crockett called it a delightfully nerdy study that becomes more fun with more collaborators.

“I had one student get an internship at Qualcomm because they were so impressed that the student had worked on knot research!” Crockett said.

As a judge for the American Mathematical Society (AMS), Crocket judges research presentations for its annual poster session, for which students apply by sending abstracts of their ideas for mathematical research projects. If approved, students put together a presentation poster and participate with thousands of others nationwide.

The American Mathematical Society was initially geared toward Ph.D.-seeking students or even those who already have their doctorates. Recently, however, AMS has made great strides to involve undergraduate students and has become the largest mathematical convention in North and South America.

At the event, judges grade projects, help students find the depth of their knowledge, and spread encouragement and excitement.

“It’s selfish, really,” Crockett said. “I love the excitement, the eagerness of the students, and the ideas that fuel their projects.”

Crockett often stresses mathematical ethics to her colleagues and students. In her publication An Ethics Curriculum for Computer Science with Flexibility and Continuity, Crockett argues that educators should emphasize the impact that mathematics can have on the world around them.

“Jobs in fields like statistics and data can have big impacts on society and our environment,” she said. “Having knowledge is power, but that also leads to great responsibility.”

Crockett stressed that it’s not just individual responsibility, however. Ethics involves collaboration and a strong dialogue between researchers and decision-makers.

Understanding how to make responsible decisions is rooted in familiarity with numbers as a language. Quantitative literacy (QL) is the ability to interpret quantitative information. The goal is to be able to work confidently with numbers and interpret data in a variety of situations.

Crockett explained that unfortunately, qualitative literacy is typically a weak point for the United States compared to other countries. The 2013 Program for International Student Assessment test showed that the US ranked 36th in the math portion of the test. Having a substandard grasp of interpreting numbers can have adverse impacts on a plethora of numerical and financial decisions, especially in business and scientific contexts.

“Deepening people’s understanding of quantitative literacy can help enrich lives,” she said. “As educators, we need to do better to stress these things as early as possible.”

It’s never too early to learn the power of numbers, and Crockett believes younger students should have more exposure to math-based career paths. Her publication Preparing K-12 Teachers to Inspire Future Coders: It Doesn’t Have to be Complex encourages educators to introduce younger students to learning coding and computer science.

Crockett explained that young kids will often have dream jobs that help other people. During AMS presentations, Crockett and the other collaborators would explain the social and environmental benefits to a variety of career opportunities in age-appropriate terms. Some Elementary educators Crockett has worked with have already been inspired to incorporate the basics of coding to young students.

“Kids often want jobs that will benefit other people,” Crockett said. “We help them think about the computer science and technology that goes into farming and food production, security, and all sorts of things.”

“It’s so important to have role models, especially for younger students — it’s important to see that they can succeed in those jobs.”

Crockett talked about how having role models can help students broaden their horizons and solidify computer science as a fun and attractive career path. Seeing female mathematicians and computer scientists thriving in their field can especially impact young female students, which is particularly important in a male-dominated field.

“Although mathematics is a bit more inclusive now, computer science is still a field that’s mostly male,” Crockett said. “It’s so important to have role models, especially for younger students — it’s important to see that they can succeed in those jobs.”

Whether she’s instructing her PLNU students, teaching elementary educators to introduce coding to kids, or helping judge some of the nation’s best young scholars with their AMS projects, Crockett strives to express the joy and benefits of mathematics to everyone. Crockett believes that personal feedback, encouragement, and hands-on learning will give students the tools they need to become an impressive new generation of mathematicians.