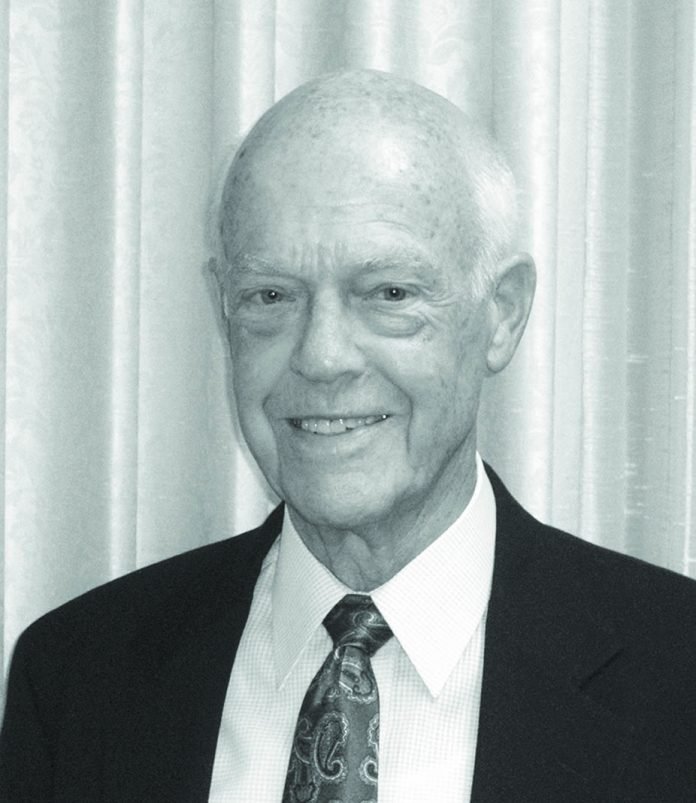 Throughout its history, Point Loma Nazarene University has been the recipient of generous, sustaining gifts, especially in difficult times. We are grateful for so many of you who recently contributed to the Loma Relief Fund for our students who have faced financial challenges due to the pandemic and to this year’s record-breaking March Match giving campaign.

As we celebrate your generous response, we want to look back and recognize one of our faithful givers who passed away on Nov. 21, 2020.

David Latter (50) was Pasadena College’s first business graduate. He was also granted an honorary Doctor of Law degree from PLNU in 2011. Dave entered his family’s business after graduating from college as a third generation partner. In 1969, the partnership incorporated as Morehouse Foods, Inc., and Dave was named president. Dave built Morehouse Foods into a significant international business, primarily producing mustard and horseradish.

He was a leader in business in his industry, continuously innovating, expanding to new markets, and building strong personal relationships both internally and externally. He always provided opportunities for others and had genuine care for people.

“He is ‘the’ example of a highly skilled and accomplished man who was humble, gracious to others, and loved life and work,” said PLNU President Bob Brower. “Everywhere I went with Dave, it was amazing that he seemed to know everyone and treated others so well. His generosity, particularly for students at PLNU, was significant. He invested in endowed scholarships, building projects, and special giving opportunities as a way to give back and support the futures of students through PLNU.”

“David Latter had a heart and character that reflected Christ in many ways. Dave graduated from Pasadena College in 1950 and continued to pour back into his alma mater for the rest of his life. Everyone that knew Dave knew he had a servant’s heart and unrestrained generosity. He invested in PLNU for decades, funding programs and scholarships all over campus and was inducted into the PLNU Hall of Fame in 1982 for his meritorious service to the athletics program. There is no greater reflection of Dave Latter’s generosity and service than the building that bears his name. As PLNU recognized the necessity for a new building to meet the growing needs of our thriving science programs, Dave did not hesitate in giving in a way that ensured the project’s success. Latter Hall stands as a testimony to Dave’s commitment to PLNU’s students and the impact they have on the world around them.

In recent years, Dave further demonstrated this commitment by becoming a champion for PLNU’s University Fund, transforming its impact and multiplying opportunities for students. The University Fund provides scholarships for students, helping to remove financial barriers for those students that need it most.

Dave understood the importance of this unrestricted fund as well as the way sacrificial generosity inspires others to give. This is why as PLNU grew the vision of Green4Gold, our annual giving day, Dave committed to providing an annual matching gift that would go to the University Fund. As 90% of PLNU students depend on some level of financial aid, this annual gift to the University Fund empowered students to join the PLNU community, while also motivating hundreds of others to give.

Dave’s last gift was critical to the historic success of last year’s Green4Gold which raised over $1 million, much of which went directly to meeting the needs of our students. Dave’s foundational contribution along with the historic efforts of our donors caused the University Fund to grow by 263% since 2017. Dave Latter’s legacy will live on PLNU’s campus not only through the building that bears his name, but through the thousands of students who receive help from the University Fund, which he helped to transform and grow.”