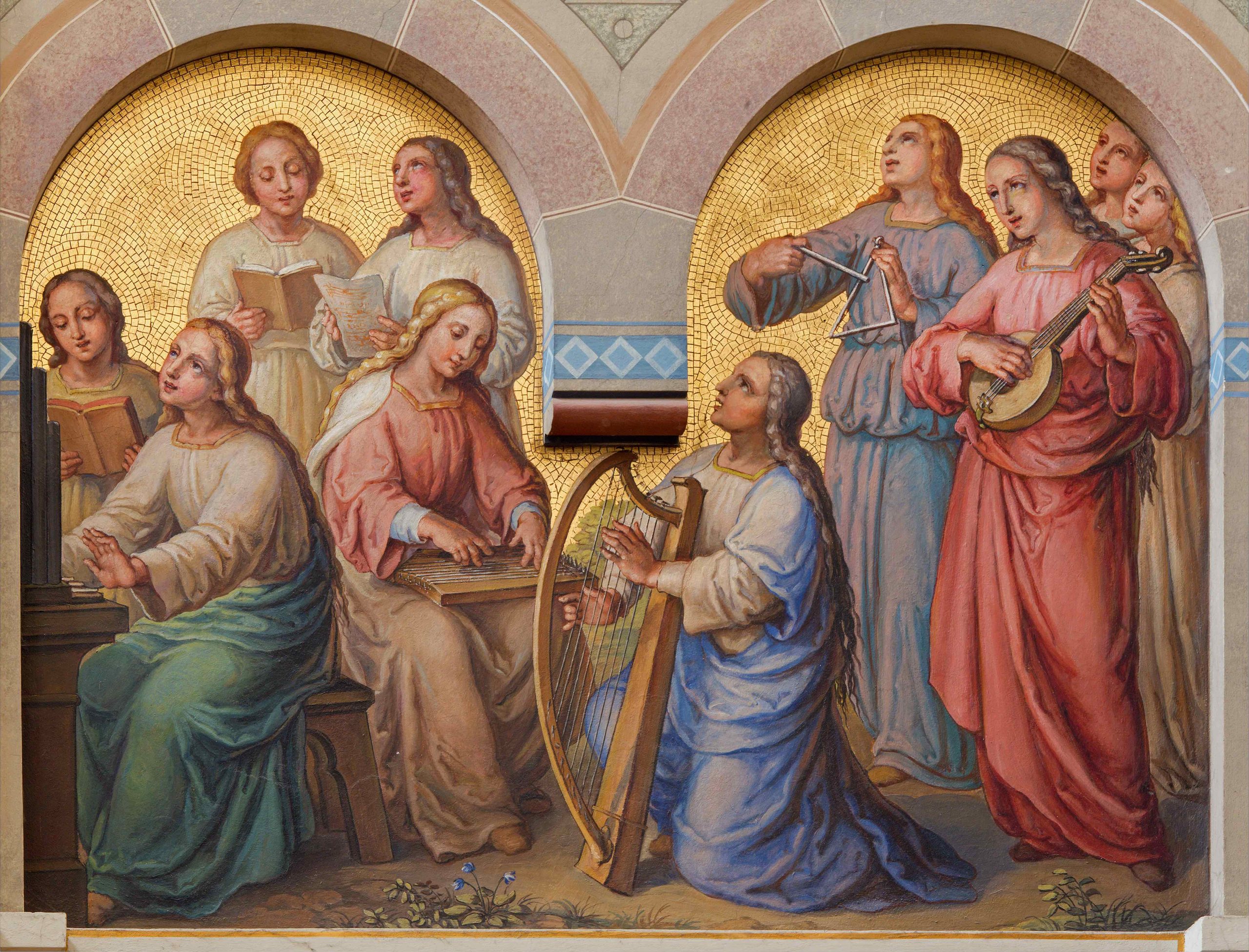 History is shaped by institutional memories. And when the leadership of those institutions is mostly made up of men, it can be difficult for many to access the stories of women and the impact they’ve had in society. This is true of Christian history, which, in colleges and universities, is often primarily taught through a male-centric perspective, reflecting a society where women make up a small portion of church leadership around the world.

Joining other prominent seminaries and universities, PLNU’s School of Theology and Christian Ministry has sought to change that reality and is now offering students a Foundational Explorations general education course on the history of women in the church, titled “Women in the Christian Tradition.”

The class, taught by Rebecca Laird, professor of Christian ministry and practice, is a historical survey that, in addition to a textbook, makes use of primary writings written by prominent women in the Christian tradition from the first century onward.

“We take a fast-paced march through the history of women in the Christian tradition,” Laird said. “My hope is that through this class students can begin to think about gender, faith, social realities, and their implications for faith and freedom.”

Students are tasked with completing two major projects: one looking at movements featuring early women preachers (such as the Montanist and Quaker movements); and another in which they complete a pilgrimage project about a prominent Christian woman. The latter project includes library research in addition to a requirement that students add a sensorial element to the study of the woman which could include tours of museums, exploration of artifacts, and more.

The class came into the curriculum during a review of the Foundational Exploration courses offered through the School of Theology and Christian Ministry, where professors expressed a desire to expand the types of classes offered.

“It’s always been my perspective, and some of my colleagues shared it, that when you have a wider menu for general education and students take a class that interests them, that the point of general education is better achieved,” Laird said.

The Women in the Christian Tradition class was one Laird championed and fought for, partly due to her own experiences as a seminary student 30 years ago.

“I went to Point Loma, I grew up in the Church, yet it was not until seminary that I heard about Mary Magdalene as an apostle to the apostles,” she said. “I was like, ‘How come nobody ever told me?’”

Laird wanted students to have the same experience she had and to be exposed as early as possible to the history of women in the church.

“Since that time, it’s been one of my hopes to help all of us look at our syllabi, look at the voices that are being heard and take advantage of the women’s studies resources we now have,” she said.

Some of the women studied in the class include Christian martyrs Perpetua and Felicitas from the first century; Macrina the Younger, a nun and sister of Cappadocian Fathers Basil and Gregory; and Christian mystic Julian of Norwich, among others.

Laird believes telling the history of women in the church through these individual stories, allows students to get a more personalized look into the impact women have had in the Christian tradition.

“Anytime you tell a story that connects to a person’s life, there’s increased interest,” Laird said. “When the story of Christianity is told just through doctrines or through kings or bishops that most students don’t relate to, it feels like something that happened that doesn’t have anything to do with us.”

In 1882, the 47th United States Congress passed the Chinese Exclusion Act, a law that prohibited the immigration of Chinese laborers. Such a law had a profound and destructive impact on Chinese society, particularly in California. Chinese men were barred from marrying non-Chinese women, leading to a surge in sex trafficking and indentured servitude, as local criminal gangs began smuggling and selling young Chinese women forcing them into labor or into the sex trade. The issue was mostly ignored by police in places like Chinatown, San Francisco but it led Presbyterian missionary Donaldina Cameron to take action.

Armed with an axe and a sledgehammer, Cameron would run across rooftops, barge into the places where women were being kept, and free them. She had a knack for finding the trap doors and hidden rooms where the young women were, breaking down the walls with her axe in order to set them free. Cameron would then house them in what is now called the Cameron House, where she would care for them. Deeply guided by her faith, Cameron went on to rescue up to 2,000 Chinese immigrant girls from sex slavery.

Michaela Cain (21) first heard about Donaldina Cameron when she took the “Women in Christian Tradition” class in the fall of 2020. The story resonated deeply with her because her uncle, aunt, and sister run a nonprofit in Tanzania for girls who have been sex trafficked.

Cain decided to make her final project in the class about Cameron.

“She stuck out to me because she kind of reminded me of a modern superhero,” Cain said. “What she did for the church was pretty bold. She used what she had to fight against some scary things.”

Cain was inspired by the fact that despite opposition, Cameron stayed true to her purpose.

“You don’t really hear stories like that,” Cain said. “It’s terrifying because she was threatened by the mob multiple times and just kept going. I want to be bold and courageous like that.”

Cain understands she may not ever have to barge through doors and free enslaved women with an axe, but this class has taught her that she can pursue her purpose with confidence no matter her gender.

“It helps me remember that in whatever I’m called to do and wherever I’m called to be, that God protects you and He provides for you,” she said. “I may not be jumping across rooftops but I can still help people.”

Julia Kelly (21) also took the class in the fall of 2020 and was very much looking forward to studying the lives of women in the Christian tradition.

Kelly was a biology and chemistry major and hopes to become a doctor, so for her final project she chose to study Charlotte Baker, the first female physician in San Diego.

“I’m always fascinated with the merging of science and faith,” Kelly said.

Baker was a Christian woman who was actively involved in philanthropy and who, in her lifetime, founded several nonprofit organizations including the Women’s Home Association which still exists today as the San Diego Center for Children.

In addition to the knowledge Kelly gained from the class, working on the project led her to a job opportunity at the center where she will work for a year before continuing to medical school.

“I applied there and have been working there ever since,” Kelly said. “I would have never known about the center if it wasn’t for this project.”

Kelly also said taking this class was a validating experience.

“I felt super empowered in this class and would totally recommend it,” she said. “I feel like I can now educate others who may not be sure about women in leadership roles. Now, I have the knowledge to refute that.”

An Opportunity to Equip and Inspire

Rebecca Laird hopes that through this class students are able to more aptly think about social structures and gender, and recognize how those affect groups of people, particularly women.

“I hope this class helps students be courageous,” she said. “To recognize that if a whole group of people gets silenced, particularly around gender, and doesn’t feel free to use the gifts that God has given them, I want students to ask why. I want them to have the tools to assess what’s going on.”

Laird also hopes that by learning these stories, students become inspired to lead lives of impact.

“I hope students become conscious that there are times in which people are set aside or invisible in a society,” she said. “There are stories being missed and there are gifts being shut down. I hope that by learning history from a lesser-known side of the story, students begin to appreciate the way God strengthens people to live out their convictions and to recognize that if they need to be a changemaker, then they’ll have [the] skills in order to do so.”