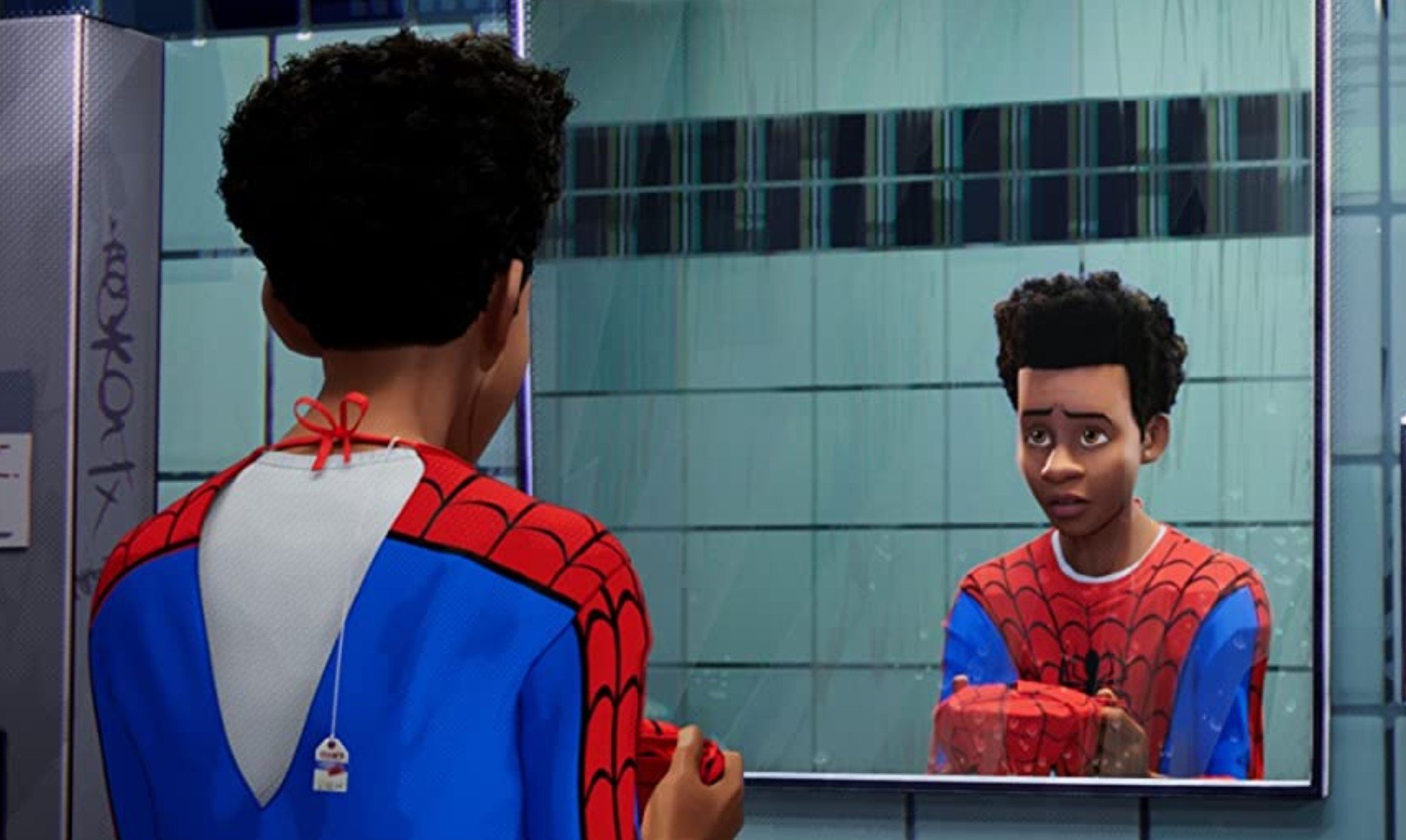 DC and Marvel have been increasingly innovative about diversifying its creators and its characters in recent years. It’s a slow burn toward representation, but an inspiring one.

The influence of comics in our culture today is unprecedented.

On screen, Disney’s Marvel Cinematic Universe (MCU) movies have taken theaters by storm, commanding a billions in box office sales. Television shows like “The Flash,” “Riverdale” and “The Walking Dead,” all based on comic book series, also attract millions of viewers. Young adult novels, animated shows and kids’ books have also brought superheroes and other comic characters into the limelight.

Even comic books themselves are still selling in the hundred millions. According to a 2016 CNBC article — “Comic books buck trend as print and digital sales flourish” — the comics industry is going strong. Unlike other periodicals, print issues have not significantly declined as a result of the digital age. Print comics sales grew from just under $300 million a year in 2009 to almost $400 million in 2015.

COVID-19 has affected the comics industry, instilling fears that print comics may be in danger. Yet, many comic book creators have assured readers that comics are here to stay.

“Comics (are) not cancelled,” “Venom” and “Thor” writer Donny Cates said in a tweet in late March. “Things may change. They always do … and we’ve always been here.”

He and many other creators have been vocal advocates of supporting local comic bookstores and banded together to aid fans in need during the pandemic. In lieu of comic convention appearances, comic artists have hosted livestream events and open drawing commissions for fans to keep the hype alive. After 80 years of superheroes, though, it seems unlikely that superheroes will soon go out-of-style.

However, throughout comic books’ history, the pantheon of costumed crusaders has been mostly dominated by white males. Superman, Spider-Man, Thor, Captain America, Iron Man, Batman, the Flash, Wolverine, Deadpool and lots of the X-Men are white men — and there are many more. Hulk is green when angry, but otherwise, he’s a white guy, too.

The movies reflect this trend as well: Out of all 23 of the MCU films that have been released, only one starred a non-white main character (2018’s “Black Panther”), and only one featured a woman lead (2019’s “Captain Marvel”).

DC Comics’ movies aren’t doing much better: 2017’s “Wonder Woman” and 2020’s “Birds of Prey” have women lead actors, but other than some members of “Suicide Squad’s” (2016) ensemble cast, DC has yet to significantly diversify. (Here’s hoping those rumors of a Michael B. Jordan “Superman” reboot are true!)

These movie trends are as ridiculous as they are disheartening. Yet, when we look at the comics themselves, I believe that there is diverse content to explore, and that there’s hope for the future.

A big reason why the “classic” heroes created in the 1940s through 1960s were so predominately Caucasian was simple — white men were creating comics, and those white men thought their main audience was other (younger) white men and boys.

This was by no means a comics-only pattern. The television and movie industry was — and continues to be — similarly terrible at putting diverse characters at the forefront. But the problem with the comics industry is that these super-characters have ongoing stories. Superman and Batman have had ongoing comic book series since 1939. Popular Marvel characters like Spider-Man, the X-men and the Avengers have been around since the 1960s.

Since these iconic characters have dominated the industry for over half a century, they continue to do so. If a typical comics reader walks into a comic book store (or accesses digital comics online) and has to choose between a Batman comic or a comic starring a new, diverse character, the reader will probably pick up Batman. Batman, like the rest of the popular white male heroes, has big brands attached to his name; his stories have stood the test of time.

There is a similar cyclical nature about the writers and artists of comics, too. Those with experience creating comics have been white men. Comic book publishers continue to favor hiring those with experience in the industry over women or nonwhite candidates.

Yet, both DC and Marvel have been increasingly innovative about diversifying its creators and its characters in recent years. It’s a slow burn toward representation, but an inspiring one.

To vary the demographic of their creatives, these comic companies have pursued talents outside of the superhero comic realm. Marvel tapped author and journalist Ta-Nehisi Coates to write Black Panther in 2016. Marvel was doubtless attracted to his status as a major political voice, especially regarding the experiences of African Americans. He’s now writing the “Captain America”series, which he started writing in 2016, according to Marvel’s website. Nnedi Okorafor, an African-futurist sci-fi writer, was also approached by Marvel to write some Black Pantherstories, like “Wakanda Forever.”

It’s a slow burn toward representation, but an inspiring one.

To diversify the heroes themselves, DC and Marvel had non-white characters take up the mantle of the originals. In the Green Lantern comics, non-white characters Jon Stewartand Jessica Cruz have taken up the green rings of power after white Hal Jordan said farewell. Gene Yang (who wrote the award-winning graphic novel “American Born Chinese”) created the series “New Superman,” about a teenager from China who suddenly obtained the powers of Superman.

In Marvel’s comics, Carol Danvers (the original Ms. Marvel) was renamed Captain Marvel. Writer, essayist and graphic novelist G. Willow Wilson was asked to help create a new Ms. Marvel, a character who would try to follow in the original’s footsteps. The new Ms. Marvel, Kamala Khan, has become a fan favorite, especially because of her Muslim heritage.

Miles Morales, a Black-Latino Spider-Man created in 2011, is perhaps Marvel’s most beloved legacy character. The young, intimidated middle-schooler from Brooklyn struggles with the idea that he’s not as good of a Spider-Man as Peter Parker (the original), but his ability to overcome immense (and often race-related) obstacles is inspiring.

It’s sad that diversity is such a challenge to push for in the comic realm, but I think these efforts to usher in more varied voices is incredible. It may seem limiting for non-white, non-male characters to be under a white male hero’s mantle; but in fact, it provides a strong platform for helping comics readers encounter new ideas. As comic book characters become more diverse, non-white and female readers and creators will surely feel more welcome into the comic book community.

On-screen characters are catching up with diversity: 2018’s fantastic animated movie “Spider-Man: Into the Spider-Verse” starred the Miles Morales version of Spidey, and won an Oscar doing it. In 2020, the “Wonder Woman” sequel will arrive, and “Black Widow” will (finally) star in her own film. Khan will soon receive her own “Ms. Marvel” TV series on Disney Plus, and Dwayne Johnson will suit up as anti-hero “Black Adam” in 2021, as will Simu Liu in “Shang Chi and the Legend of the Ten Rings.”

We have a long way to go, to be sure. Yet, I sincerely look forward to the ever-expanding pool of voices in the beautiful, colorful conversation that is comics.

Toby Franklin (20) is a reader and writer of comics, sci-fi, and stories with heart. He believes meaningful stories can come from unlikely places. His graphic novel Mask of the Sentinels is available now on ComiXology.

This story was originally published in The San Diego Union-Tribune with permission from Arts and Entertainment Editor and PLNU adjunct professor Michael Rocha, who taught Toby Franklin in PLNU’s Magazine Editing class. It has been adapted for our platform and can be read in entirety here.

The Laudable Life of LP Leung