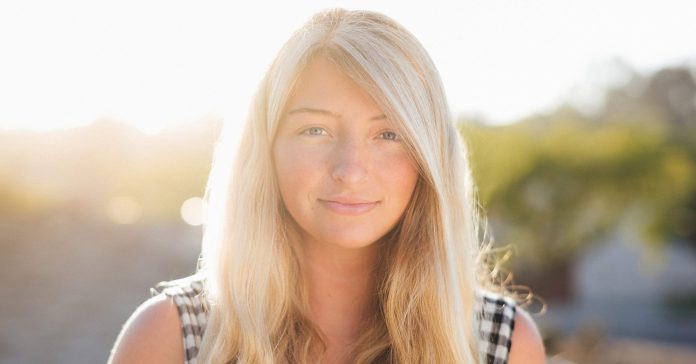 Before her time at PLNU, Morgan Brass (16) had a tendency to focus on the negative. She saw things like being from a small farm town, lacking wealth, having divorced parents, and other family challenges as obstacles, not opportunities. But God had given Brass academic gifts and was preparing to use her for His purposes. The loving community at PLNU helped Brass notice the redeeming work God was doing in her life, and, suddenly, her whole perspective changed.

Brass’s family didn’t prioritize faith. Her family attended Catholic church on holidays, but it wasn’t until a friend introduced her to the Church of the Nazarene when she was 16 that Brass began her own relationship with God. She was immediately “addicted,” as she put it, and spent as much time at church as possible.

“My church was affiliated with Mount Vernon Nazarene University. My senior year, I did full-time post-secondary school at Mt. Vernon Nazarene, which you can do if you meet GPA and ACT/SAT requirements,” she said.

Then it came time to choose a university for her bachelor’s degree. Brass had always dreamed of living in California. When she was five, it was because she envisioned herself as an actress. Though that dream had changed, she was drawn to PLNU for its Christian atmosphere and “coastal community with a relaxed vibe.”

“I knew about PLNU through Mt. Vernon,” she said. “It was a dream, but I didn’t think I would actually get to go there.”

Even though it was exciting when she was accepted into her first choice school, Brass still had to process some of her insecurities once she was a freshman. It was hard for her not to fixate on her financial background in comparison to others at PLNU, her parents’ divorce, past family challenges, and her relative isolation from friends growing up on a farm. With this background, Brass worried she would be different from many of her new friends at PLNU.

“As a freshman, my biggest challenge was not feeling worthy,” she said. “Then I realized that everybody goes through obstacles, but God is going to glorify what I’ve gone through. I had to learn to shift my mindset to the good — I learned that in psychology courses at PLNU, especially in my Pursuing Goodness course, which was taught by Dr. Leffel.”

When Brass learned to focus on the good, she was able to choose God and to choose community. Instead of feeling alienated, she began to appreciate the community at PLNU more than anything else. Meanwhile, a story of restoration was happening in her family. After 10 years apart, her parents remarried each other shortly after she graduated — which she did in only three years. When Brass focused less on the challenges of her past and more on the truth of what God had planned for her, God not only restored who she was internally, but also externally through the restoration of her parents’ marriage, family finances, and consistent community and great friends.

Brass knew she wanted to use her business major to do good in the world, and she wanted to see more of the world God created. She used her early graduation as an opportunity to do a service-oriented gap year. After traveling and living in Europe for three months, Brass began YWAM (Youth With a Mission). After 12 weeks of discipleship training in Belize, she served in Thailand for three weeks and in India for another month, before returning to Central America. She finished her travels by serving in El Salvador with Ride4Water, an organization created by members of the PLNU community that distributes water filters and shares God’s love. Brass then went to her parents’ wedding in Ohio before heading back to San Diego.

During her time traveling and serving, Brass developed a clear vision for her future. She knew she wanted to use her business degree to work in corporate culture, creating healthy communities where people could thrive. Her appreciation for the community at PLNU was her inspiration.

“No matter where I have traveled, I witnessed the strongest community I’ve ever seen during my experiences at PLNU,” she said. “Especially, for those who chose to invest in it. Making that commitment, despite fear, and to be courageous and grow with a community, that is something I had never experienced before I went to Point Loma.”

Over the last year, Brass has built community at Downtown Works, a coworking organization, by tripling its office occupancy and building strategic partnerships with members of the San Diego business and startup communities.

Brass said, “In both my personal and business life, success comes from the strength of a network. Learning to develop a network of relationships while investing deeply into people is vital. PLNU equipped me with these skills.”

Related Article: PLNU alum Nate Cadieux (08) works to build toward his dream of a more connected and relationship-based San Diego.