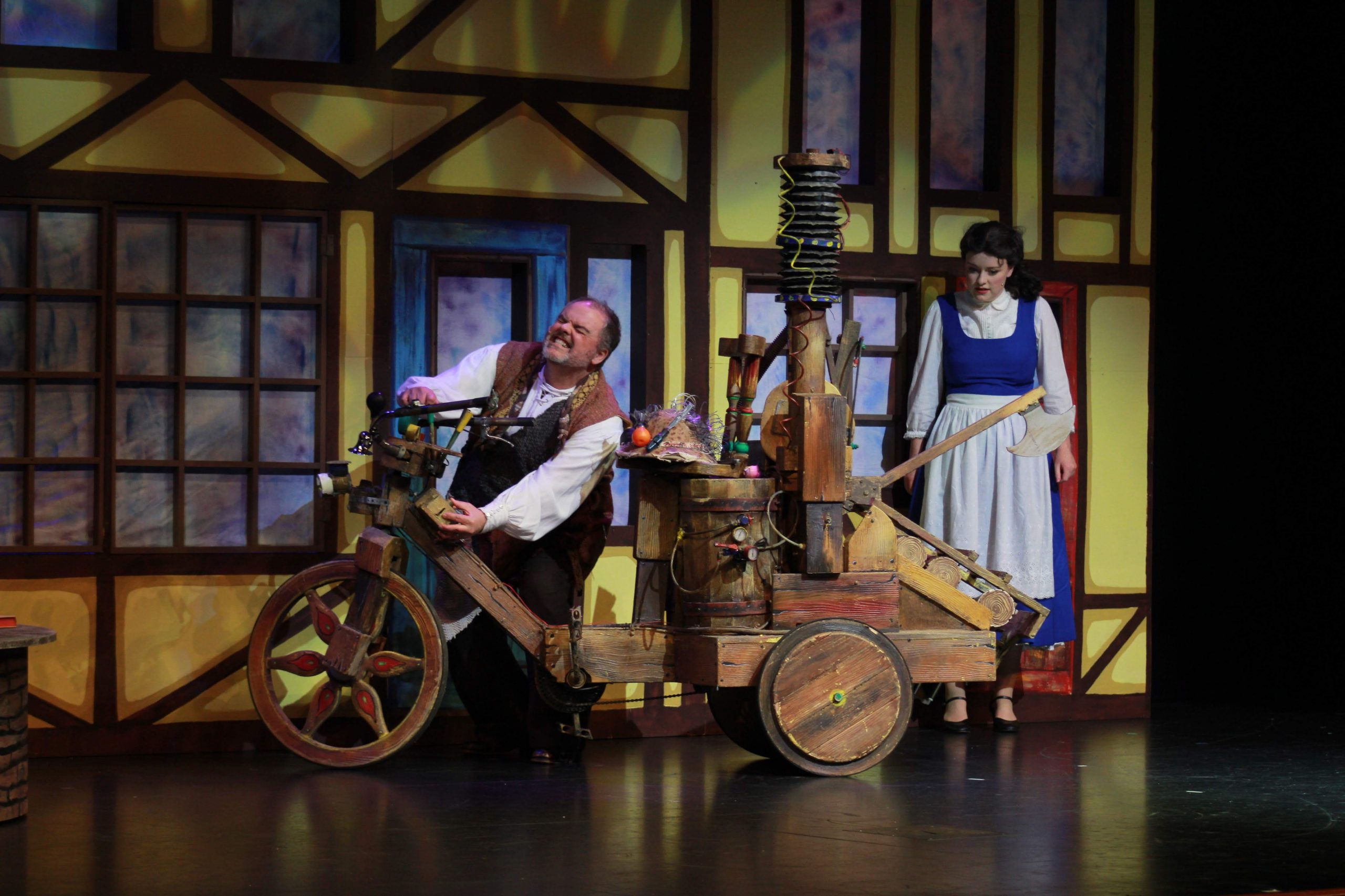 Chuck Ethridge (’93) was recently named the executive artistic director of Coeur d’Alene Summer Theatre. Ethridge first connected with the theatre four years ago when he was cast in a performance. Now, he is managing both the business and artistic aspects of the theatre as it returns to full programming after a challenging hiatus due to the COVID-19 pandemic.

Now, Ethridge is ready to usher in a new, thriving era for Idaho’s oldest performing arts organization. The 55-year-old Coeur d’Alene Summer Theatre is part of a community that has always had a focus on the arts. The town features public art as well as theatre and orchestra.

“My main focus will be increasing [the theatre’s] footprint within the community,” Ethridge said. “Coeur d’Alene is just outside Spokane, Washington. It has about 100,000 people but has grown like crazy. With so much growth, there is the chance to increase the footprint.”

“The idea of making arts more accessible to underserved areas of the community is important to me,” he said. “I will be working with nonprofits to get low cost or donated seats.”

The idea of making arts more accessible to underserved areas of the community is important to me.

For Ethridge, the role of executive artistic director is more than a challenge – it is work he loves.

“It’s a tremendous amount of work, but I can’t think of anything that’s more fun,” he said. “I love the work and the art, of course, but I particularly love the people. I just love the collaboration with singers, actors, dancers, and musicians. Quite honestly, I love to learn. I love to surround myself with talented, nice people.”

Ethridge’s passion for the arts – particularly music – began at an early age. Even before kindergarten, people noticed his natural ability to sing. He began performing as a soloist at church and school. In high school in Arvin, California, Ethridge added choir and band (playing mostly clarinet and saxophone) to his repertoire. Also, strong in math and science, he graduated as class valedictorian and headed to Point Loma Nazarene University on scholarships.

“I was planning to major in physics and minor in music,” he said. “But I started with the music classes and never looked back.”

I started with the music classes and never looked back.

Learning under esteemed PLNU music professors such as Dr. Myron Tweed, Dr. Keith Pagan, and Dr. Victor Labenske, Ethridge further honed his craft in college. He is still grateful to Willo May Beresford, professor of music theory and piano, who he said was “the kindest human I’ve ever met.” His gratitude to those who made his education possible inspired Chuck and his wife to create the Ethridge Vocal Scholarship in 2004. The endowed scholarship continues to bless students today.

After graduating with his degree in vocal performance, Ethridge moved to Seattle and became the assistant music director at a large Nazarene church where he was involved with choir, orchestra, handbells, and children’s programming. Eventually, he moved to Coeur d’Alene Church of the Nazarene, and it was there that he met his wife, Christina. Ethridge worked in many roles including soloist, conductor, voice teacher, and music director. He attended graduate school in voice at the University of Idaho. After grad school, the Ethridges spent some time in Philadelphia. They also adopted four sons: Stas, Sergei, Bailey, and Dominick. They moved back to Idaho after adopting their first two boys because that is where they wanted to raise them. Chuck worked as a realtor but stayed involved with theatre and the arts, including serving on nonprofit boards.

Ethridge’s first involvement with Coeur d’Alene Summer Theatre was as an actor four years ago. A year after his casting, he was named associate artistic director. It was in that role, and later as executive director, that he helped the theatre apply for the grants that enabled it to survive the pandemic shutdown. Much of the work he did was on a volunteer basis. Now his role is a full-time, paid position.

Since his promotion, things are off to a strong start. The theatre will be moving performances back to a 1,160-seat location – the Schuler Performing Arts Center at North Idaho College. This summer’s shows will include “Mamma Mia!,” followed by “Little Women, The Broadway Musical,” and “Nunsense.” Season ticket sales are off to a record start, and auditions have been very well attended.

In a January press release announcing Ethridge’s new role, Coeur d’Alene Summer Theatre Board President LaDonna Beaumont said, “As our new executive artistic director, Chuck has the experience and enthusiasm to put the dark years behind us, and help CST step back into the light. We could not be more confident that we have some amazing years ahead with him at the helm.”

Those who know Chuck Ethridge are sure to agree.