Home Topics Voices of PLNU Dear 20s: A podcast dedicated to supporting those in their 20s 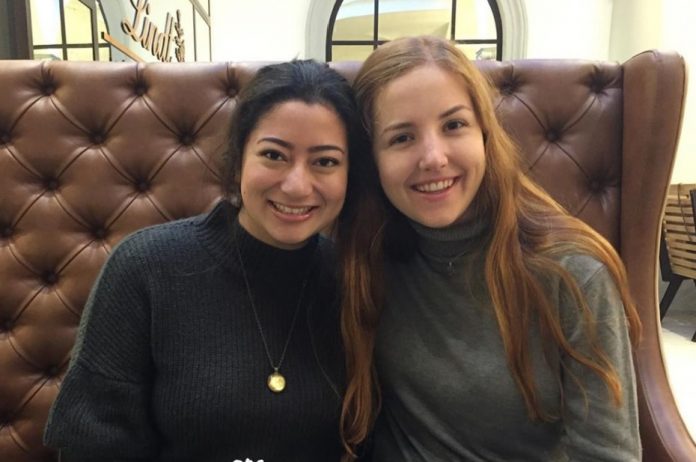 As a pair of recent alumni, Beatriz Carias (19) and Sierra Greene (19) were both entering their early 20s when they began to realize their plans after college weren’t panning out.

During their four years at PLNU, Carias and Greene were close friends who, in addition to sharing meals in the Caf, also shared a penchant for planning. Carias had her sights set on physician assistant school from a young age, while Greene was certain she’d go on to be a human rights lawyer.

“I never really separated who I was with what I did,” said Carias, whose love for helping others pushed her toward medicine.

“It’s hard when you’re in school and surrounded by people who are all on the same track,” said Carias. “It feels embarrassing and hard to say maybe this isn’t what I want.”

Similarly, Greene spent most of her college career studying to be a lawyer. But after her first year in law school she realized her passion for social justice and helping others wasn’t going to be manifested in a law degree.

“I used to think of myself as a planner and once I set a plan I followed it through no matter what,” said Greene. “And now I still think of myself that way but I know I’m also an activist, someone who cares about others, not to mention a 23-year-old, and so young. I’m realizing that the sky’s the limit and it’s really freeing.”

So, diplomas in hand and five-year goals wide open, Greene and Carias moved to different parts of the state. They spent their first summer as college graduates keeping in touch with weekly phone calls and texts.

During one of these frequent check-ins, Carias and Greene were discussing how their original plans had fallen apart and how their 20s had felt mostly like a time of upheaval and uncertainty.

“We were talking about how things go wrong,” said Carias. “No one really tells you in your 20s that, yes, it’s going to be up and down and rocky, but it’s also the most free you’re going to be.”

“And as I was listening I remember sitting on the swing in my backyard thinking I wish I could have someone reminding me of this life-giving information every single week,” said Carias. “And I said, ‘Sierra you should have a podcast’ and then she said we should do it.”

Within minutes, Carias was inside creating a Google document with information about their budding podcast idea. The theme would be helping others like themselves learn to navigate their 20s. By the end of the night all that was left was choosing the right title.

“We went back and forth between ‘There Goes My Train’ and ‘Dear 20s’,” said Greene. “We actually polled a bunch of friends and family members to see which one fit better and ended up settling on ‘Dear 20s’.”

Once they had the name, they moved on to setting up accounts on Spotify and Apple Podcasts and creating social media handles. Within days their Instagram account had a few hundred followers.

“I actually had a bunch of people reach out and say, ‘I don’t think you realize what you might have actually started’,” said Carias. “Which is crazy to hear but also exciting.”

Carias and Greene have spent the first few episodes of Dear 20s covering their personal journeys and what they’ve learned along the way with plans to expand to guest speakers in the near future.

“The Black Lives Matter movement is something we want to touch on,” said Carias. “Both Sierra and I are really passionate about that. And also travel is another really big topic that people in their 20s want to know more about.”

Dear 20s will also address advocacy for those with disabilities, marriage in your 20s, kids in your 20s, filing taxes, and other things Carias and Greene wish they’d known. More than the topics they cover, though, they hope that Dear 20s becomes a space of solidarity for others entering this stage of life.

“With Sierra I always felt like we could talk and learn from each other, and that I had a safe space to speak about how our 20s aren’t what we expected,” said Carias. “That’s what we hope Dear 20s will be.”

And while the 23-year-old co-creators certainly have a vision for Dear 20s, they also hope to learn a lot from those they feature and interview.

“We laugh at the name experts,” said Carias. “We are by no means experts at dealing with your 20s. But we hope that the more people we bring into it, the more we learn.”

“In our senior year there was a lot of pressure to have it all figured out,” added Greene. “And honestly Bea and I had it figured out. We had a plan but it still ended up breaking down, and I think it’s just good for other people to know that [your 20s are] a lot of revising. And that’s what we’re doing here.”

Carias and Greene hope to finish out the calendar year with a few more episodes. And the future of Dear 20s looks not unlike the age group for which it’s named: bright and full of possibility.

Related Story: The Female Athlete Mission serves as a space for a community of athletes who crave to talk honestly about faith and life, on and off the field.