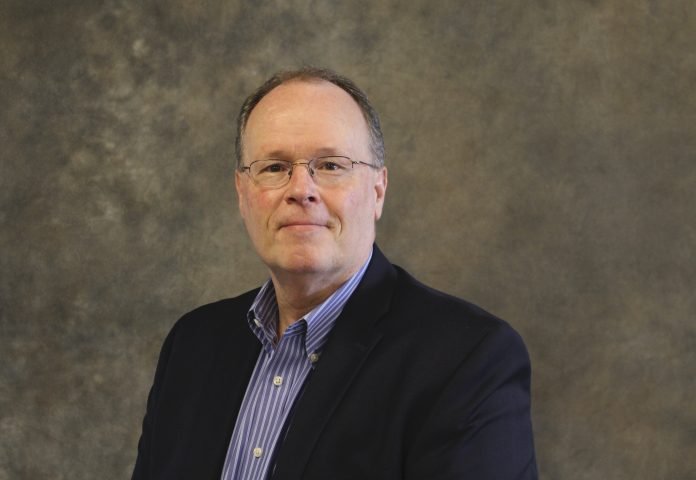 Dan Copp (77), D.Min., supports six world regions through his work at the Global Ministry Center for the Church of the Nazarene in Kansas City, Mo. He has been the Church of the Nazarene’s clergy development director since 2005, and he added the role of education commissioner for the International Board of Education in 2011. It’s a far cry from the life he was accustomed to as a child.

“I grew up in a small church, lived in the same house from age two on, and my childhood schools were all on the same block,” Copp said. “My natural personality is high introvert, and I came to PLNU knowing only two other students.”

“Point Loma was so formative for me,” he said. “I was 100 yards from leaving when one person made such a difference. The formation and discipleship I received was so important for me.”

“I was 100 yards from leaving [PLNU] when one person made such a difference.”

Working for the church and its colleges wasn’t Copp’s original plan. After graduating, a finance corporation interested in hiring him was going to pay to put him through law school. Before that happened, Copp felt a different call on his life. He went to seminary for an M.Div. instead of law school. He served in various pastoral roles, including senior pastor from 1983 to 1987 at First Church in Oakland, Calif., and then for 13 years as senior pastor at Mission Valley Church of the Nazarene in San Diego. He and Vicki, who is being honored with a Distinguished Achievement award for her own work as a pastor and professor, raised their daughters, Mackenzie (08) and Megan (09), in San Diego. Dan served on PLNU’s Board of Trustees (1988-2005), including as board chair (2000-2005), and was very involved in PLNU and the San Diego community.

Copp earned his doctor of ministry degree in 1997 from Fuller Theological Seminary. Then in 2000, he became district superintendent in Arizona for five years before he was asked to become the clergy development director in 2005.

“I first came to the Global Ministry Center to work with ordination preparation education in the USA/Canada Office,” Copp explained. “Then in 2009 the Board of General Superintendents asked me to come out of the USA/Canada office to combine global clergy development and education to resource all six world regions. I have worked with regions, schools, and districts in the education and ordination process for almost 10 years.”

Ron Benefiel, Ph.D., knows Copp well. Benefiel is currently the lead consultant for mission resources and pastoral relations in PLNU’s Center for Pastoral Leadership. Prior to his current assignment, Benefiel served as dean of PLNU’s School of Theology and Christian Ministry, president of Nazarene Theological Seminary, and pastor of First Church of the Nazarene in Los Angeles. “Dan Copp is a faithful servant of Christ and the Church,” said Benefiel. “He has been a model pastor and a leader among district superintendents in the Church of the Nazarene. His responsibilities over the past few years have perhaps been the most challenging as he has given direction to the ministries of education (over 50 educational institutions) and pastoral development (thousands of men and women being prepared for ordination) for the global Church. In addition, he has had oversight responsibility for pastoral support, professional development, and continuing education for pastors around the world.”

Watch Now: The global Church comes together as the Body of Christ to build a physical space for the local Church to worship in.

Indeed, Copp explained that there is no normal day in his role. “I put in a lot of airline miles,” he said. “I’ve visited 35 nations in the last five years, working primarily with our schools and regional offices.”

Copp spends time equipping boards, districts, regions, and schools; providing executive development; and participating in ceremonies such as graduations and inaugurations of new leaders around the world. He also helps bring resources to places that need them. For example, some international Nazarene universities don’t have access to the advanced record-keeping software needed for proper enterprise management, instead using Excel spreadsheets for student information and financial records. The same situation exists with library management systems. Copp’s office works to remedy this.

“We make free, open-access, supported systems available to support our schools that would otherwise not have access,” he said. “Those systems are a lifeline. The universities we help will then help other schools deploy the same systems. Our enterprise management system is presently in final deployment to Southern Africa Nazarene University [SANU], and they will then partner with us to help nine other schools across the Africa Region.”

SANU is located in Eswatini (known as Swaziland until 2018). SANU formed when three separate Swaziland Nazarene educational institutions merged in 2010 and has developed an excellent reputation. During a recent SANU graduation, Copp sat on the platform next to the national minister of health. She told him that her daughter was one of the nursing graduates and shared why she chose to send her daughter to SANU. “We have good nursing colleges in Swaziland,” she told him. “But we knew at SANU our daughter would receive a good education and preparation to become a nurse, and she would also be nurtured as a follower of Jesus. She’ll be a nurse like Jesus.”

Copp is inspired by stories like these. Another example he gives is from his recent visit to the Nazarene schools in the highlands of Papua New Guinea and the “heroic effort” of people who are considering merging the nursing, teacher training, and Bible colleges there into a university in a similar move to the one that created SANU in Eswatini.

“The government would love to see it happen because people of the highlands are under-served, needing good teachers, nurses, and churches,” he said. “It is a privilege to be a part of those kinds of dreams and visions and to work alongside people who have given their lives to this and realize these types of dreams.”

“It is a privilege to be a part of those kinds of dreams and visions and to work alongside people who have given their lives to this and realize these types of dreams.”

As fulfilling as the work has been, Copp is also looking forward to retiring from his current role in April 2020. He will then work in a supportive role alongside his wife, who is the senior pastor for the Nazarene Church in Cameron, Mo.

“In and through it all, Dan has the reputation of being, at heart, a pastor and a friend,” said Benefiel. “People know him to be approachable, responsive, and caring. And he is a great example of the values and commitments he espouses. This is illustrated as he now moves from a position of considerable influence and authority to an unpaid ministry role in which he will be assisting his wife, Vicki, in her pastoral ministry in a small town in Missouri. Dan is a great example of faithful Christian service. PLNU can be proud to recognize him as one of their own!”

PLNU is pleased to present Copp with the 2019 Distinguished Achievement Award. Join us Saturday, November 23, 2019, at Homecoming to hear from Dan Copp in person during the Distinguished Award Presentation.

Related Article: For Vicki Copp, being a woman pastor has been a blessing, but it has not been easy.