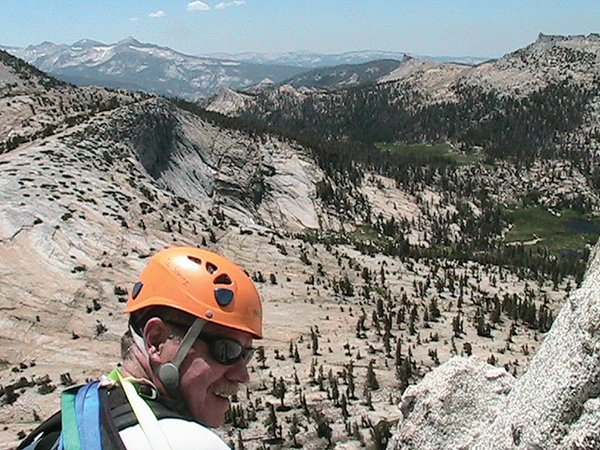 Dan Spaite, M.D. (79), holds the endowed Virginia Piper Distinguished Research Chair of Emergency Medicine at the University of Arizona College of Medicine. He has been a leader and a pioneer in emergency systems research and pre-hospital care, authoring more than 150 scientific articles, presenting his findings at hundreds of conferences around the world, and bringing in more than $17 million in research grants. In 2010, he was awarded the Ronald Stewart, MD Career Award, the highest award given by the National Association of EMS Physicians. In 2015, he received the “Outstanding Contributions in Research Award” from the American College of Emergency Physicians.

Despite his demanding career, Spaite has also managed to teach the Bible nearly every Sunday for the past 30 years and to write a book for pastors, Timebomb in the Church: Defusing Pastoral Burnout, published by Beacon Hill Press. He and his wife of 39 years, Dana (79), have raised two children, Rebecca (05) and David (07). Spaite has served on PLNU’s Board of Trustees for many years, most recently as chair of the academic affairs committee. He has also served on the advisory board for the Arizona district in the Church of the Nazarene and on the General Board for the denomination as one of 15 lay members, a role he has held for 17 years.

The secret to this success, Spaite says, was actually revealed millennia ago — and it’s what his book is about. The secret is found in the biblical concept of balance and sabbath (He does, however, also give a lot of credit for his success to Dana.)

Even before Spaite really studied the concept of sabbath and the science of stress physiology, he knew that he wanted a balanced personal and professional life.

“Most people think of sabbath as just a day off or a day to go to church,” he said. “The reality is, sabbath is an entire way of viewing life — only right when it is lived in balance.”

As it turns out, such balance allowed Spaite to flourish. His promise to Dana during medical school not to study on Sundays or after 9 p.m. didn’t prove to be a hindrance to his productivity. In fact, it gave him energy and focus that those studying all night didn’t have and allowed him to graduate near the top of his class. Respecting God’s call for rest and balance also helped him to receive tenure after five years at the University of Arizona and to become a full professor four years later.

Spaite’s specialty in pre-hospital emergency care has allowed him to make a difference in many lives. He’s the medical director for 10 fire departments, and for 18 years, he was medical director for a statewide emergency helicopter program. He has flown on nearly 400 air medical missions with his team. “There’s nothing like landing on a freeway,” he said.

He and his colleagues are currently completing the largest pre-hospital traumatic brain injury study ever conducted, implementing cutting-edge treatment in the 911 systems throughout Arizona and improving care for over 20,000 severely injured patients.

“Now, we have quadrupled neurologically intact survival,” he said. “To see our science turned into saved lives is a great joy.”

Finally, his book and career have created opportunities for Spaite to speak at pastors’ retreats, conferences, and other venues about wellness, balance, science, and sabbath.

“What I love doing more than anything is teaching the Word, especially to pastors,” he said. “My medical career has given me opportunities to speak into the lives of spiritual leaders — opportunities that I wouldn’t otherwise have had.”