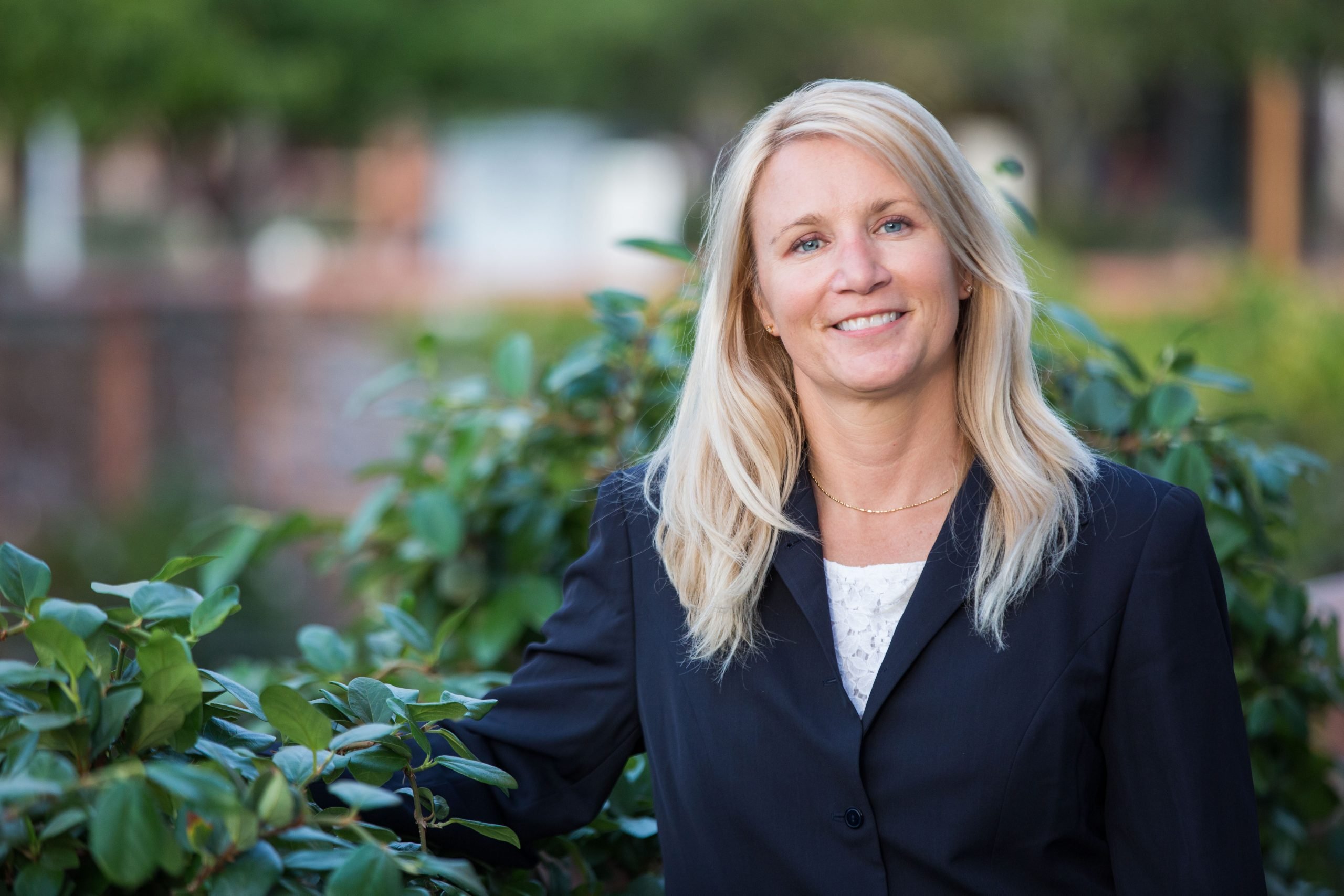 Dr. Maddie Liseblad (94) is a first-generation Ph.D. student, assistant professor with California State University, Long Beach’s Department of Journalism & Public Relations, has received a Teaching Excellence Award, a Continuing Excellence in Teaching Award, and an Outstanding Research Award at Arizona State University, and is serving as a member of the Dean’s Advisory Council on Diversity, Equity and Inclusion at ASU’s Walter Cronkite School of Journalism and Mass Communication.

Liseblad may seem like a superhero who’s done it all, but with everything she’s accomplished, her humble and genuine spirit shines through when you learn that it all started when she was 6 years old, asking questions, taking names, writing her own newspaper (which she felt her parents may have gotten bored of), and making it known to everyone that she was going to do big things when she got older.

Liseblad grew up in Southern Sweden in a town called Olofström, where a neighbor who worked in the journalism field remarked that Liseblad’s constant question-asking meant she was bound to become a journalist too.

Liseblad moved with her family from Sweden to the United States when she was 16 years old, arriving just one week before her 17th birthday. She attended Woodbridge High School in Irvine, California, where she ran track before then attending PLNU and furthering her running career alongside other fellow Swedes under coach James Crakes and Jerry Arvin at PLNU.

At PLNU, Liseblad studied journalism, which she noted was still a print-based journalism program at the time. While it helped prepare her for the storytelling aspect of journalism, she said the program was still lacking in education about the broadcast field, so she decided to complete an internship with Channel 10 to learn more.

Liseblad was the first journalism student from PLNU to graduate with distinction, which, she said, was achieved through the immense effort she put into a large research project about the difference between broadcast and print writing.

The journalism program at PLNU has changed a lot since her involvement, Liseblad said, and while she may have been disappointed in the lack of broadcasting education at the time, she’s grateful for the strong storytelling skills she received from the program.

Furthermore, she credited Dean Nelson, Ph.D., director of PLNU’s journalism program, as the reason she’s now involved in the educational field. She shared how her relationship with him developed over time, from student to mentee to friend. She quoted one of his mottos that stuck with her from when she was a student:

“Go out, get experience, then come back and teach.”

And because of it, she would eventually follow his advice.

Before going into academia, Liseblad worked as a journalist and public relations professional, ultimately making her old neighbor’s words a reality. She spent another 11 years in the U.S. before deciding to go back to Sweden and continuing to work as a journalist. Back in Sweden, however, she faced a minor speed bump, finding herself unable to write in Swedish!

“Go out, get experience, then come back and teach.”

Liseblad said she was “thinking in English, dreaming in English,” and that she “couldn’t write in Swedish; it just didn’t flow naturally, even though it’s my mother tongue!”

Because she was unconfident in her ability to write proficiently in Swedish, she chose to make a career change and began working in public relations, where she was able to write and speak primarily in English.

As her Swedish slowly came back, she then began to work as a corporate spokesperson for Volvo cars, which she said was exciting and allowed her to travel all around Europe. Eventually, Liseblad returned to America where she has since continued to teach at many universities over the years.

In 2006 Liseblad worked at Oregon State as a professor, her first in-classroom experience and her first exposure to teaching, which she said she fell in love with. She also noted that she had a student who she initially thought may not pass the class, but, after working hard with him and seeing the way they worked together to achieve success, she realized how important teaching was.

“I felt that I had been right there with him the whole time … I felt like by seeing him succeed, I had gotten bitten by the teaching bug!”

In time, Liseblad continued her education and gained her Ph.D. from the Walter Cronkite School of Journalism and Mass Communication at Arizona State University, where she said she volunteered as a student and felt she could share her experience since she was older than many of her peers at the time. She felt it was a natural progression to continue to volunteer and became a member of the Dean’s Advisory Council on Diversity, Equity, and Inclusion after she graduated.

Additionally, her dissertation became the basis of her book, American Consultants and the Marketization of Television News in the United Kingdom. While a book contract typically takes about two to three years to receive an offer after its initial pitch,  Liseblad’s exclusive archival access on the topic helped her receive an offer just one week after her pitch.

In addition to writing her book, Liseblad was working her first year as a full-time educator. making the challenge of book-writing while also teaching difficult but worth it in the long run, she said. The publication ultimately helped secure her tenure as an educator at California State University, Long Beach, giving her more freedom to work and publish things on her own terms.

Writing has always come naturally to Liseblad. It was never really a question of whether she was going to write, she said, but rather what she was going to write about. She has dedicated herself to writing about things that are important to her, regardless of the difficulties and challenges she may face while covering them.

“Everything I’ve done has been storytelling.” She noted that everything is interesting if you find something about it that you can invest yourself in.

“If it interests me, I will put in the effort to learn about it.”

While Liseblad is currently still primarily located in America, her opportunities to travel are as strong as ever now that she’s on the U.S. Department of State’s Fulbright Specialist Roster. Even though she’s currently employed as a teacher, Liseblad can be given smaller Fulbright assignments during school breaks in which she’s sent to a host country where she trains and educates individuals about her specialty: historical and qualitative research about television news.

When asked about her research process, Liseblad said she prefers to go about learning something in a qualitative way and then connect with someone proficient in the quantitative side of things in order to integrate both aspects of the research into a publication. She’s completing a lot of historical research at the moment, she said, currently merging information she’s previously worked on with details that may have been forgotten over time into an investigative report.

“I’m trying to spotlight people that wouldn’t get to be in the spotlight otherwise … and stuff that has been forgotten but needs to be remembered,” Liseblad said. “The past has shaped where we are today and in a way that shapes our future!”

When asked what advice she would give to those who want to discover new things and dedicate themselves to writing, she said all you need is to be willing to put in the work and to have an unsatiated sense of curiosity.

She also noted that, as an introvert herself, sometimes you need to push yourself to take the plunge and ask the hard questions in order to get the uncut story.

Take some advice from the kind, intelligent, and dedicated Maddie Liseblad:

“Be interested in things and never be afraid to ask the difficult questions.”