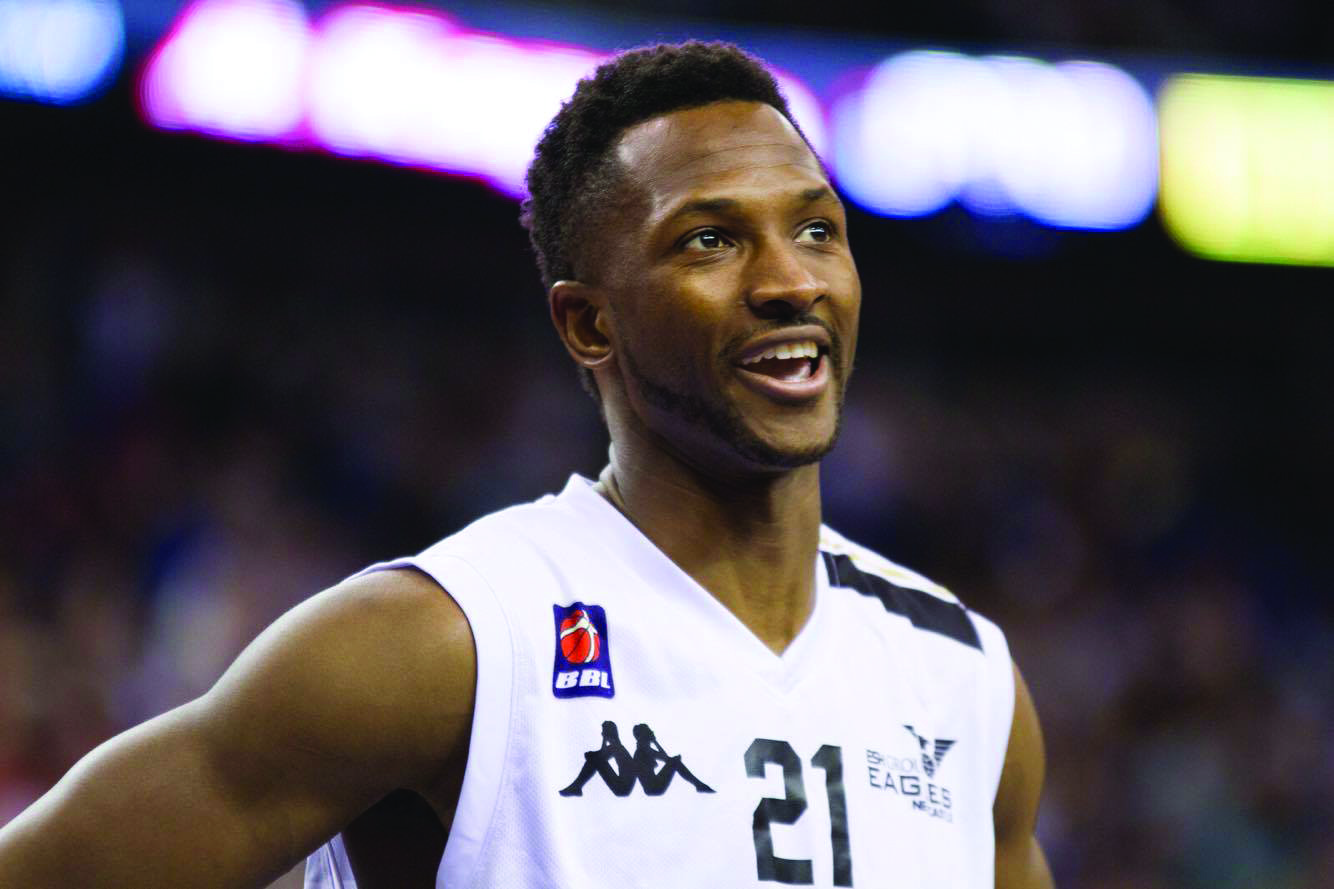 At 35 years old, Drew Lasker (04) recently had the rare privilege of representing England in the 2018 Commonwealth Games and will be re-signing with his team, the Newcastle Eagles, one of what he described as the two “powerhouse teams” in the British Basketball League. He also just completed his master’s degree, runs a successful basketball training program in Texas, and enjoys time with his wife and one-year-old daughter.

But as sweet as life is now, the first few months out of college hardly foreshadowed Lasker’s current success. Although he had been a two-time NAIA All-American at PLNU, he didn’t receive any offers to play professionally right out of college. So, when Athletes in Action invited him to use basketball to share his faith overseas, Lasker accepted. After traveling to places as diverse as the U.S. East Coast, Europe, Israel, and Kazakhstan, Lasker was noticed by a professional team in England, the Plymouth Raiders, on his very last trip with Athletes in Action in August 2005.

“I always put in the work,” he said. “It took a year to get the opportunity, but when it came, I was ready for it, ready to be at my best.”

In addition to playing professionally, Lasker met his wife, Ayshea, in Plymouth. The two have been married for seven years. In 2013, Lasker accepted the opportunity to play for the Newcastle Eagles.

“I was turning 30, and I wanted to finish my career by competing for championships,” he explained. “With Newcastle, I knew that the opportunity was there to compete. It has extended my career.”

In fact, the Eagles have won eight titles in Lasker’s five seasons with them. But Lasker’s rising career still hadn’t reached its peak. Though he was born in Texas, after living and playing in England and marrying into a British family, Lasker gained dual citizenship in 2013. This meant he was eligible to represent England in the 2018 Commonwealth Games.

Held every four years, and falling between Olympic years, the Commonwealth Games engage the top athletes from 71 countries and territories voluntarily belonging to the Commonwealth of Nations.

“It’s hard to describe what it was like,” he admitted. “To be one of 12 in all of England was incredible.”

The 2018 Commonwealth Games were held in Gold Coast, Australia. Not only was it Lasker’s first time there, but being part of the athletes’ village was a highlight of the experience.

“It was great to experience the raw, behind-the-scenes emotion,” he said. “I got to see these athletes after they had just won a major victory or experienced disappointment. On top of that, Australia is incredible. It is amazing. The people are so friendly. The weather is like California.”

Though Lasker’s team was eliminated in the qualifying finals by Canada (the eventual silver medalists behind Australia’s gold), their disappointment was offset by the opportunity to celebrate with the English women’s basketball team, which took silver.

Though it may seem unlikely, life has been just as rich for Lasker off the court. The Laskers welcomed their first daughter, Cali-Mae, a year and a half ago. Drew also completed his master’s degree in professional sports coaching. He sought the degree to help with the basketball academy he runs stateside. The program, Drew’s Basketball Skill Development, also known as DBSD training or Train Harder, mentors 150 athletes in a Houston suburb.

“My wife motivated me [to get my master’s] and gave me the inspiration and confidence I needed,” he said.

Lasker leads Train Harder in person in the offseason and has a coach onsite when he is in the U.K. He says technology makes it possible to run his business from afar. He also credits his time at PLNU for preparing him well.

“One thing I will say is that everything I have accomplished since I left Point Loma is a reflection of the education that I got there,” he said.

Lasker says that his projects and classes helped him overcome his childhood shyness.

“So many things that I did in college made me who I am today,” he said. “I am really proud to say that I am from Point Loma. I try to represent it the best way I can. I’m also very proud of the school and how far it’s come, especially with joining the NCAA.”

Watch Now: PLNU athlete and alum, Alex Brunk (17, MBA 18), experiences the loss of one of her great loves — playing basketball — but comes to discover the joyful presence of a team that extends well beyond the hardwood.

As much as Lasker believes his preparation, education, and training have been important, he also acknowledges that everything he has achieved has been because it was God’s will and timing.

“My faith is everything,” he said. “That is the reason why I am here. It’s not luck. I’ve been blessed. It’s all been because of God, and I recognize that. So I give all the glory to Him. I want people to say there is something different about that guy. The difference is that God lives in me and is the reason I am where I am. He is the number one.”

Lasker said he’d love to connect with people in the PLNU community. He’s active on social media and can be found on Instagram and Facebook. You can also learn more about his basketball training program at dbsdtraining.com.

Wearing Masks in Order to Remove Them: Healing Through Show Business

Looking Inside the 1914 La Sierra: A Peek at the Past