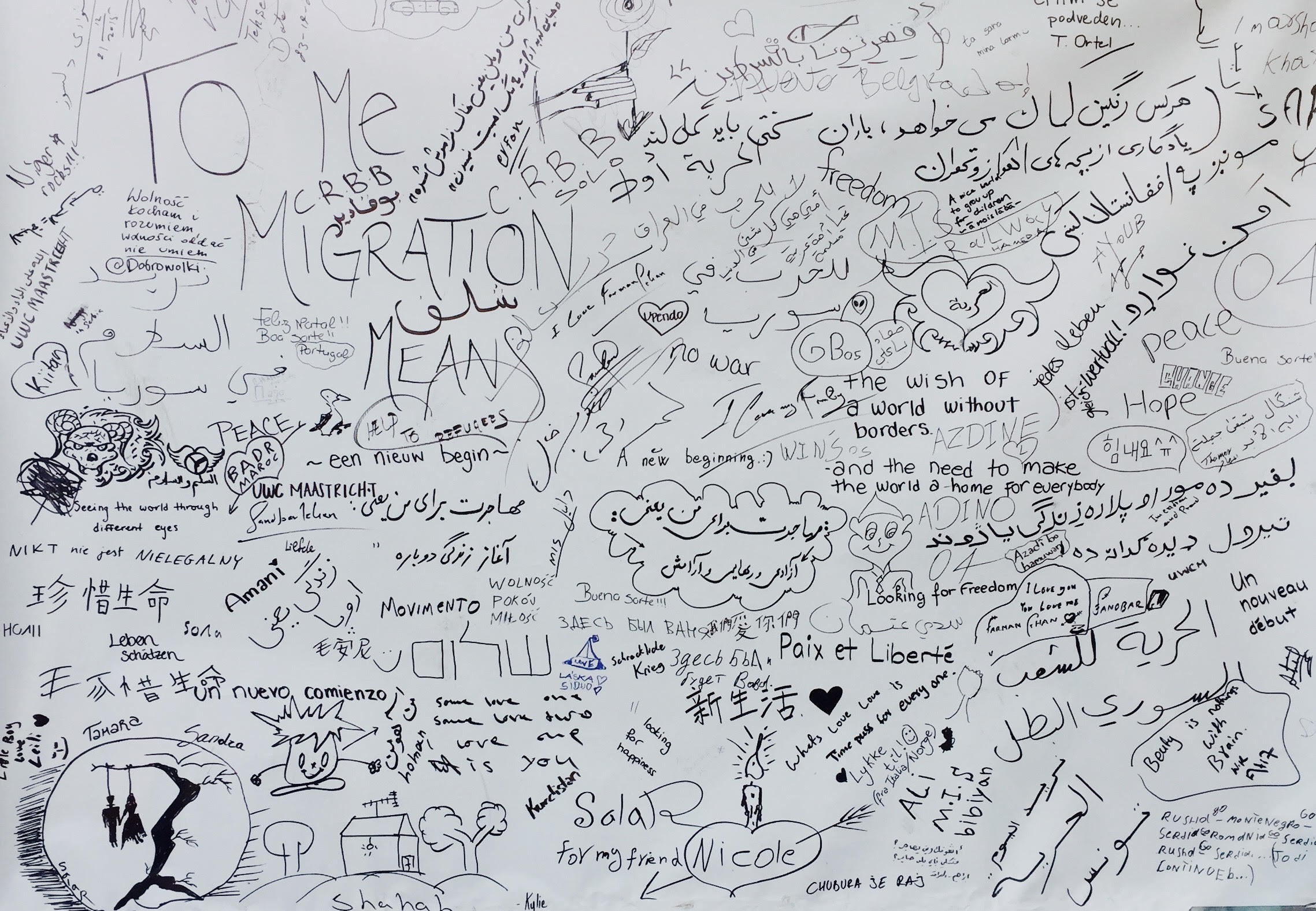 For Emily K. Brown (15), being a missionary takes resiliency, adaptability, grit, and grace. But the most important characteristic is cultural humility. Brown serves as the global equipping coordinator for the Church of the Nazarene Global Missions, where she leads the assessing, training, and deploying of Nazarene missionaries. When evaluating potential candidates, she looks for individuals who are ready to learn and be influenced by other cultures, not the other way around.

“We want people to come to us with a servant’s heart,” she said. “Nazarene missionaries have to be the church’s articulation of who Christ is, and it’s Christ the servant. We want people to go into a new context in a different country as a learner — we don’t want them going into it ready to tell people how they’re doing things wrong.”

Early on in her own journey, Brown discovered her love for learning about other cultures. Because of her Ukrainian heritage, she felt especially drawn toward working with at-risk youth in Eastern Europe. But it wasn’t until she attended PLNU that she understood this calling to be missional. Her experiences studying abroad and traveling to Ukraine on a LoveWorks trip, where she worked at an orphanage, further sealed this call toward cross-cultural ministry.

Brown recalled an interaction with a particular little girl at one of the orphanages. “She was angry all the time but she would just start sobbing when she was hugged,” she said. “She couldn’t articulate the chaos of her life, but she understood that she deserved to be loved just as much as anyone else.”

At PLNU, Brown had the opportunity to explore more of her passion for this type of ministry. She was given the space to be curious, ask questions, wrestle with ideas, and discover more of God’s call on her life.

She studied psychology with an emphasis on character, morality, and culture, and also minored in youth ministry. This helped her learn to articulate her beliefs and be part of a denomination that supported those beliefs.

During her time there, Brown worked on staff in children’s ministry at a local Nazarene church. Even though she was interested in cross-cultural ministry, this would prove to be important for her journey to global missions.

“Serving at a local level hands-on was necessary,” she said. “I knew I shouldn’t be serving people in other countries if I wasn’t willing to serve them in my neighborhood first.”

I knew I shouldn’t be serving people in other countries if I wasn’t willing to serve them in my neighborhood first.

After graduating from PLNU, Brown attended Nazarene Theological Seminary. While studying for her master’s in intercultural studies, she simultaneously served as a Nazarene missionary in Croatia where she worked to develop a children’s program for the church plant and helped support the country’s refugee crisis response.

When she graduated from seminary in 2018, she began working in the Church of the Nazarene and has served as the global equipping coordinator since.

In her work assessing and deploying missionaries, she leans heavily on her psychology background from PLNU. When evaluating whether someone is ready for deployment, she looks for a mix of practical and personal elements such as physical health needs and financial stability. Using a rubric called the “12 Core Elements,” she measures church involvement, theological coherence, education preparation, professional development, holistic wellness, spiritual development, and more. This is also where cultural humility and cultural intelligence come in.

“Cultural awareness is so important for overall global care,” she said. “We live in such a colorful, diverse, and beautiful world. It’s important to see God’s image everywhere in His people, learn from them, and learn how to serve them, not serve over them.”

Other major characteristics she looks for in potential missionaries are resiliency and adaptability. When stress levels are high in a new context and a new country, it’s important to have the skills necessary to push through. Being away from a support system, trying to build a church, trying to make friends and build relationships, learning a new language, and learning a culture can all be challenging, to say the least.

“Personally I think nothing will bring you to your knees faster than being a missionary,” she said. “It is hard. It’s difficult leaving what you know so you can share the gospel. That’s hard to do even before you get there. It takes knowing God’s call upon your life and being able to articulate that, while also knowing that sometimes God’s call changes and being adaptable to what that might look like on the field.”

It takes grit but it also takes a lot of grace — for yourself and for those on your team.

One of the biggest challenges she’s seen missionaries face is internal conflict among each other, when conflict management styles don’t align or approaches differ. However, she is working to alleviate those issues during the application process and assessment period.

“A lot of times, people who feel called to missions are not always in tune with the reality of missions — that there can be conflict, there’s going to be culture shock, and there’s going to be stress. But that’s the beauty of cross-cultural ministry. You learn a lot about your own culture in addition to others. It’s about learning to have grace and be that grace.”

It’s about learning to have grace and be that grace.

Over the years, Brown has found herself surprised by the amount of courage she’s seen in the missionaries she deploys. To see so many brave and humble individuals with hearts for service makes her excited for the global church.

As the world changes, she’s seen evangelism continue to evolve and bend as well. It can look like building a church plant or a less traditional avenue like holding a secular job. There are multiple ways to share who God is and God’s love for us.

According to Brown, being a missionary takes a foundation of service to community, knowing how to adapt and play into your individual strengths, and taking time to learn the culture and context of the place you’re in.

“Our missionaries do well when they know their context well and serve it accordingly,” she affirmed. “It’s being patient and building trust. Ultimately, it’s living incarnationally, with others and for others, as followers of Christ.”