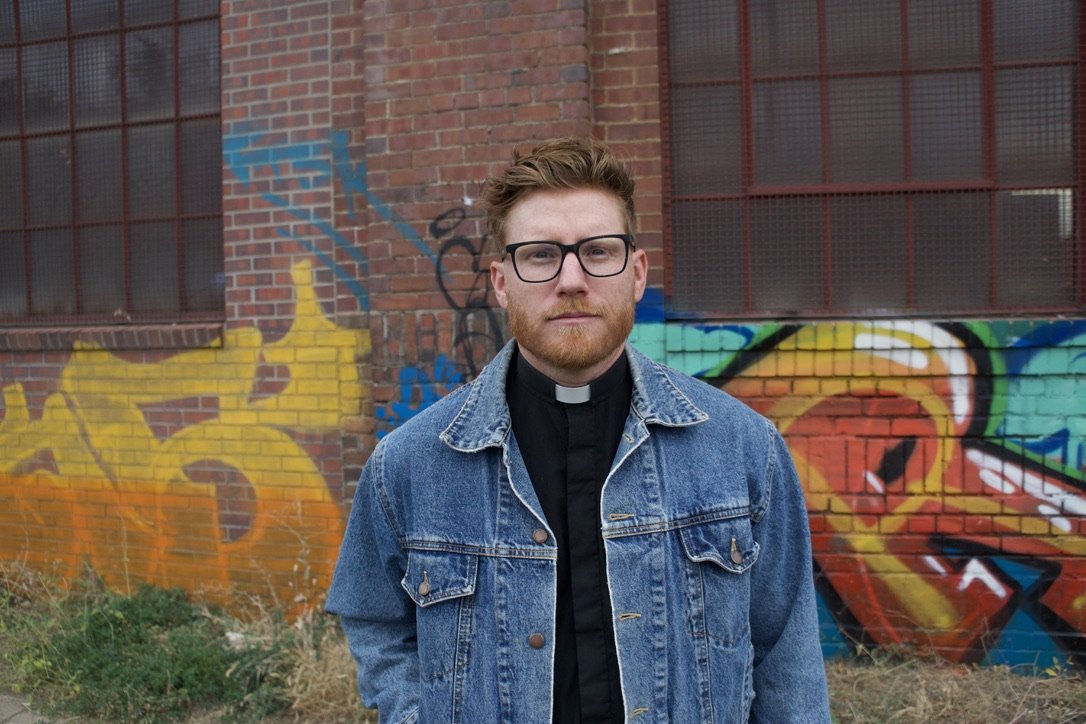 Marked by a global pandemic, a contentious election cycle, and racial protests after the killings of Ahmaud Arbery and George Floyd, 2020 has caused many in the country to grapple with racism, political division, and the changing social landscape.

Institutions have wrestled with these topics and conversation, not least of which the American evangelical church, which historically has been marked by political division that often falls along racial lines.

These discussions and more have left a mark in the life of alumnus Evan Amo (10), an ordained white Presbyterian pastor serving a predominantly African American church in Denver, Colorado. Amo said the events of the past year and the political division he has witnessed have led him down a path of theological reflection concerning the role of the church in society and has manifested itself in a new songwriting project under the moniker Bruised Reeds.

“[This project] is a memoir of a minister coming to age in the Trump era and figuring out how to be a faith leader,” Amo said.

Amo created the project for people who are “fed up with the narrowness and hypocrisy that has come to typify American Christianity.”

He characterizes Bruised Reeds as an effort to present an alternative expression of faith that is founded “in love and justice,” as well as to critique systems of racism, militarism, capitalism, and the “religious patterns of greed, hubris, and exclusion.”

Amo considers the music to be “anti-empire, echoing the prophetic calls for justice and liberation throughout the Scriptures.”

After completing his degree, Amo graduated and went on to attend Princeton Theological Seminary, obtaining a master of divinity. He was later ordained as a pastor in the Presbyterian Church (USA).

Amo’s current service as the pastor of People’s Presbyterian Church has solidified his commitment to wrestling theologically with the issue of racial justice.

“Racial justice is something that I’ve become passionate about in my own life and ministry over the past few years,” he said. “But I didn’t really imagine that would mean that I would actually go serve an African American church.”

Despite it being a new experience, Amo has enjoyed the opportunity and he embraces the challenges that come with it.

“I have loved it,” he said. “It’s been a great privilege for me to figure out how to pastor people amidst these evil, trauma-inducing events in our country’s history that are deeply personal to them.”

When Amo started writing songs for Bruised Reeds, he was in a very different place, serving in a predominantly white church in rural North Carolina. In that setting, he found it difficult to address issues of race and justice from the pulpit as directly as he would have liked to.

“I felt like my voice was in some ways quieted,” he said. “Songwriting was a way to express and give voice to what I had to keep locked up.”

The first Bruised Reeds EP is named “Imaginations” and was released in January of 2021. The five-song indie rock project is 20 minutes long and draws inspiration from the 1960s Motown and 2000s neo-soul genres. Amo wrote most of the songs and played the majority of the instruments. The EP was produced by Kyle Hornbeck (10), a PLNU alumnus.

Amo said he found it important to stay grounded in Scripture and Christian theology during the songwriting process, even though the tracks address political and social issues.

“I am a pastor and a theologian, I am not a political commentator,” Amo said. “I certainly believe that our theology should engage political issues and social issues but that’s different than just voicing political opinions.”

In putting the project together, Amo sought to answer the question of how Christians should think about and respond to social and political events.

To that end, he sought inspiration from the Old Testament prophets. The name Bruised Reeds comes from Isaiah 42 which paints the picture of the servant of God who acts and lives in ways that oppose society’s pursuit of power and domination.

“The servant of God is inconspicuous, meek, and humble,” Amo said about the passage. “The way he operates is not forceful and doesn’t mirror the strong men of the kingdoms of the earth. It’s not a military uprising or dominating power, but it’s the way of God; it’s the way of the cross.”

Amo sees this as an invitation for Christians to echo God’s demands for righteousness and justice, helping achieve that work in the world.

The project also bears witness to the frustrations some have regarding the American church’s response to issues plaguing society, many considering that the church hasn’t done enough to address them.

“If Christian theology doesn’t have anything to say about immigrant children in cages at the border or African Americans being killed by agents of the state with impunity or Middle Eastern children being killed by American drones, then what are we doing here,” he said.

“If Christian theology doesn’t have anything to say about immigrant children in cages at the border or African Americans being killed by agents of the state with impunity or Middle Eastern children being killed by American drones, then what are we doing here?”

Several tracks on the project seek to directly address these issues from a Christian perspective. The song “I Can’t Breathe” harkens to the last words spoken by Eric Garner, a Black man killed by police in 2014 via illegal chokehold. It has also become a frequent refrain used by the Black Lives Matter (BLM) movement.

“I really wanted to write a song that spoke specifically to systemic racism and white supremacy,” he said.

Other tracks deal with political issues. The song “Dog Whistles” addresses the issue of covert racist rhetoric used by politicians in order to drum up support from their political bases.

Amo recognizes that in the midst of such turmoil, it can be difficult to maintain one’s hope for justice and righteousness. The last track, “Hope In The Night,”  seeks to uplift those that have become discouraged.

“That song for me and whoever else needs to hear is an invitation to continue to strive to do the work God calls us to,” he said. “We find hope and blessing even in times that are filled with darkness.”

Amo’s hope for the project is that it would lead people to know and love Jesus and to present a Christian voice that is actively advocating for faith, love, and justice.

“Unfortunately the loudest Christian voices have been ones of judgment, associated with racist thinking and Christian nationalism,” Amo said. “That puts up a real barrier for people getting to know Jesus and encountering Him in their lives.”

Amo hopes this project presents a Christian story that’s not associated with those things, but one that promotes “God’s radical inclusive love of all people,” leading them to “seek a world that is just and equitable.” Amo also stresses the importance of hoping in Christ as the “one who establishes that in fullness.”

“If people can see those aren’t just some leftist ideas but actually an idea that we see in Jesus’ life and ministry, I think that invites them into a new way of faith,” Amo said. “It gives people an opportunity to encounter God.”

The Imaginations EP is now available on all streaming platforms. Bruised Reeds plans to release a full-length album in summer 2021.