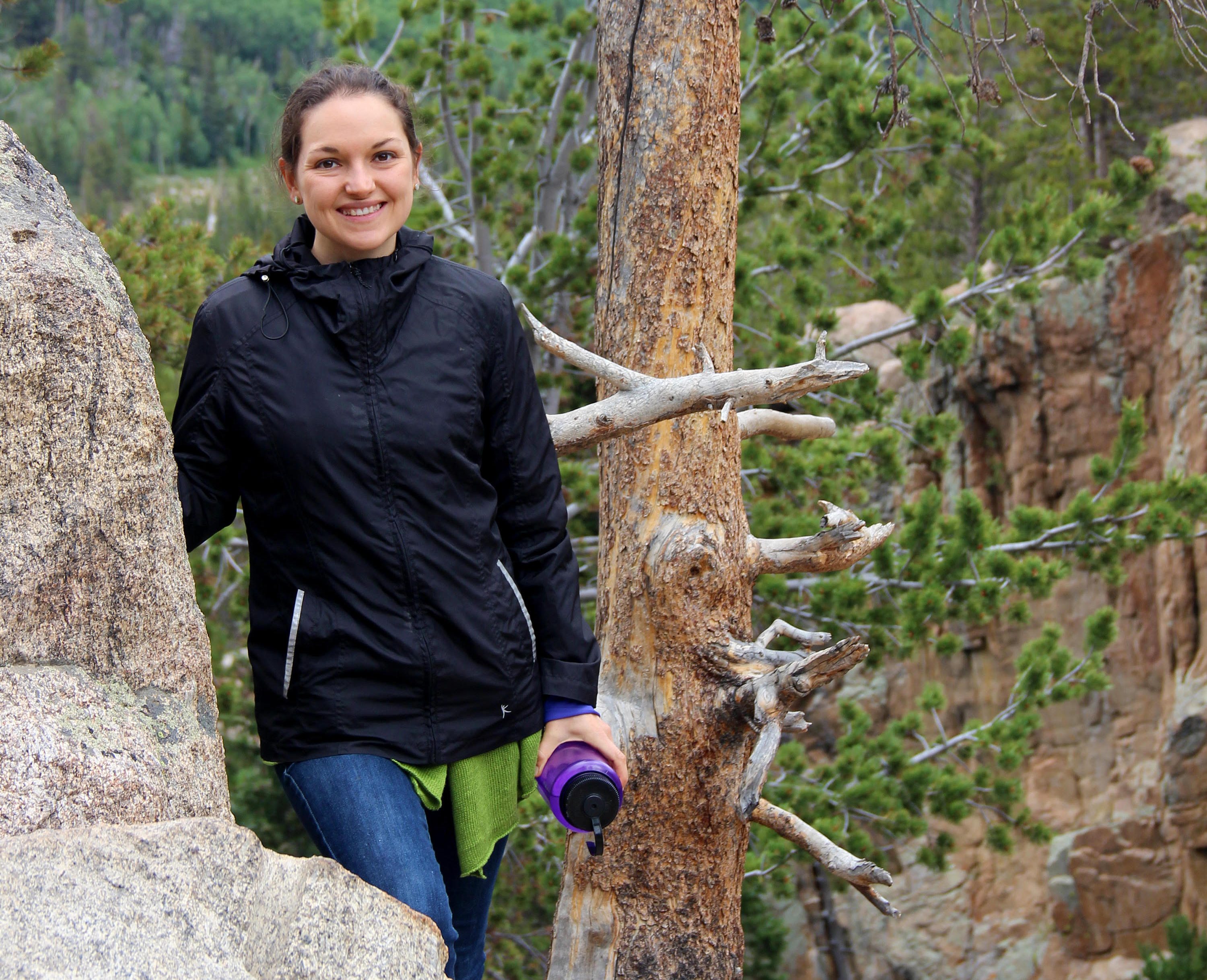 Home Topics Faith & Ministry Everything Works Together: Kara Watkins Finds Her Call to Serve at PLNU

When she meets with her clients in the immigrant services department at Catholic Charities, Kara Watkins (10) doesn’t usually bring up her faith unless they do first. Her organization gets clients from many different religious backgrounds who are applying for a range of services and statuses, and Watkins is first and foremost respectful of their background and beliefs. When they discuss their beliefs freely, she welcomes the opportunity to encourage and be encouraged.

“For some clients, God is just a part of their daily conversations, so they bring up [their faith] more naturally,” Watkins said. “A lot of it has to do with them expressing their faith in God especially if they’re concerned about something, and we can then open up the conversation and talk about it.”

Watkins works as an accredited representative for Catholic Charities Diocese of San Diego, a nonprofit focused on providing service to people in need. In this position, she legally represents immigrants and immigration matters before the government, including helping people apply for citizenship, asylum, green cards and work permits; petition for family members; and more. This summer, she received additional training to become fully accredited with the Department of Justice, which allows her to represent immigrants in removal proceedings. In addition to her work with Catholic Charities, she serves as a Spanish translator for Icthus, a mission organization that equips young people for leadership in Spanish-speaking churches in the U.S., Mexico, and Central and South America. She is currently translating their educational materials from Spanish to English.

Watkins is dedicated to her work that directly affects the lives of her clients and their families. Because of the impact of her advocacy, she knows she is living out what she feels called to: a mission-focused life, specifically through social service legal representation.

Related Article: How can we bring healing to our relationships through our words and language?

Every facet of her vocation, from Spanish translation to her advocacy for immigrants, is the result of many experiences throughout her life and education that built on one another to bring her to where she is today. And Watkins believes the launching point for her life’s trajectory was the day she started at Point Loma Nazarene University — the place that laid the foundation for her intellectually, professionally, and most of all, spiritually.

Watkins believes the launching point for her life’s trajectory was the day she started at Point Loma Nazarene University — the place that laid the foundation for her intellectually, professionally, and most of all, spiritually.

“It was the best decision that ever happened to me,” she said of her decision to attend PLNU. “I definitely know that it changed my life. It wasn’t the trajectory that I was seeing for myself but it was really God that brought me there and allowed me to change and grow from my experience.”

Watkins did everything possible to make sure she could complete her education at PLNU, the university and community she felt God was using to shape her path. That meant finding any and every type of financial aid, and applying for as many scholarships and grants as she could.

“Immediately, I knew I would need financial aid because my parents and I didn’t have any savings for college or anything,” she said. “So I pulled from every source. If there was an opportunity to apply for a scholarship, I made sure I did it. Because everything counts, everything works together. That’s what made it possible for me to go there.”

This included participating in PLNU’s federal work study program by working in the financial aid office throughout her entire time as an undergraduate; borrowing both unsubsidized and private loans; receiving the Provost Scholarship because of her high GPA and maintaining that GPA each year; and receiving political science department scholarships, a scholarship from the financial aid office, as well as the Nazarene Grant-in-Aid award.

“So I pulled from every source. If there was an opportunity to apply for a scholarship, I made sure I did it. Because everything counts, everything works together. That’s what made it possible for me to go there.”

Her financial aid plan also included taking additional units every semester and graduating early, which she successfully did. She was able to accomplish all of this because of her determination, dedication, and especially her purpose — something she discovered during her time at PLNU.

During her sophomore year, Watkins participated in a Loveworks mission trip to Rwanda and the Congo that greatly influenced her. She was impacted specifically by the training she received and the camaraderie among her team and the people they visited.

“Seeing other brothers and sisters in Christ in another country, in another context, and being able to not only experience that but share with them and worship with them — it was something I deeply appreciated,” she said.

She also went to the border wall separating San Diego and Mexico for a class with now retired PLNU sociology professor Dr. David Barrows. She grew up not knowing that a literal wall even existed, so the trip was eye-opening. In addition, she took sociology and political science courses, and studied abroad in South America where she gained a more in-depth understanding of the Spanish language — all of which worked together to build her interest in social justice and service.

After graduating from PLNU, she spent four years working as a staff member and loan assistant in the university financial aid office. This was a period of significant personal development for Watkins. She formed relationships with students and mentorships with staff and faculty that she says contributed to her overall spiritual growth. During this time, her personal relationship with Christ deepened further, and it has continued to deepen throughout her career.

One of the biggest ways Watkins experiences Christ in her daily work at Catholic Charities is through the beautiful interactions that cross languages, ages, and other barriers between people. She especially experiences Christ’s love in being able to connect with her clients. Some of her clients have even prayed for her to be able to do her job well and have wisdom. Through these experiences, she believes she has received a steady confirmation that she’s in the right place, exactly where she’s at.

“I know Point Loma opened up experiences and opportunities I never could have imagined I would have, and each one of those has opened my eyes up further to see the world in a different way.”

“I know it’s God who gives me the desire to serve and help others; I know it’s been cultivated. I know Point Loma opened up experiences and opportunities I never could have imagined I would have, and each one of those has opened my eyes up further to see the world in a different way. I think that has helped me to grow as a person and it has helped me live out God’s calling. I know I wouldn’t have had those experiences if I hadn’t been at PLNU.”