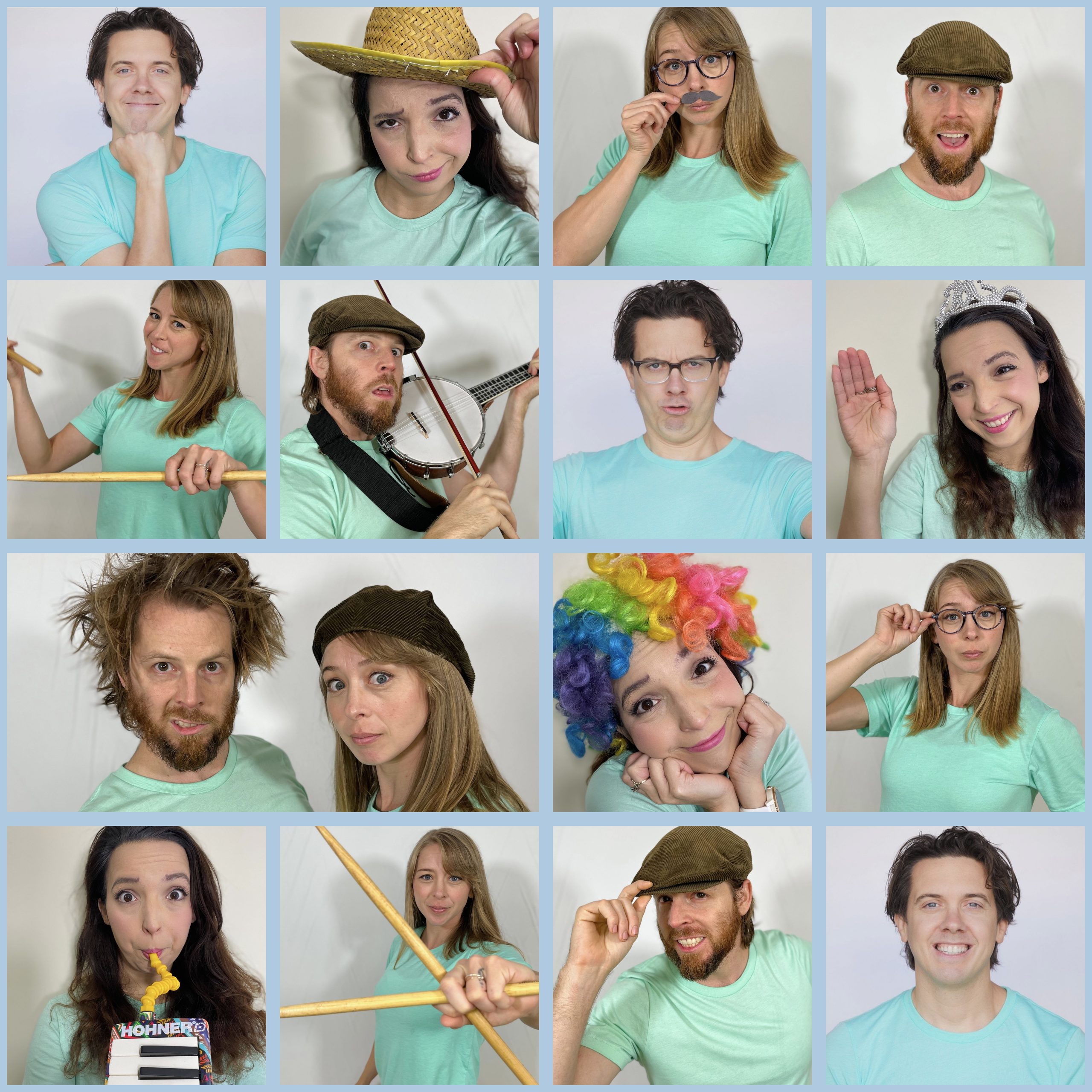 Barbie and Bing Bong from the movie Inside Out were playing baseball when suddenly there was an earthquake! They were afraid and needed to find someone who had experience with shaking to know what to do. Thankfully, a little girl with cystic fibrosis (CF) could help because of her treatments with a vibrating CF vest, meant to break up the mucus in her lungs. She used her knowledge, got Barbie and Bing Bong to safety, and saved the day.

This sounds like a strange dream. But for a little girl dealing with cystic fibrosis, who happens to love Barbie and Bing Bong, this silly story made a real difference. Told through a video format with actors and animations, it made her smile and start to feel comfortable talking about CF treatments. She began to share with her friends what it’s like to have CF, no longer feeling embarrassed.

This story of Barbie and Bing Bong is one of many created by the DistrActors, a nonprofit started by Rebecca (Duckworth) Shook (10) and her husband, Bobby, to serve children undergoing medical treatments. As professional performers, they use personalized theatre, music, puppetry, and improvisation to create unique stories and videos for each patient. Their hope is to bring joy and strength to these children between surgeries and prolonged hospital visits.

“We write, create, and film a story specifically for each child,” Shook said. “We talk to the parents, get three or four of the kid’s favorite things, and then create it. We usually have a song with each one. Especially for 2nd to 4th graders — they really love songs. As soon as we learn their favorites, the clock starts and we get the whole production back to them within a week.”

The Shooks first established the DistrActors when the COVID-19 pandemic arrived in the U.S. in March of 2020. Children in hospitals around the country were more isolated than normal. Volunteer programs they depended on for support were shut down to avoid spreading the virus, leaving patients with more time alone. Shook and her husband wanted to use their skills and experience to find a way to reach these kids.

The first video they made was for a friend’s son who was sick with cancer. They made a second video for another boy who was also in treatment. As the Shooks shared these videos on social media, they made connections with more families which led to even more videos for children in need.

“It’s a way to give the childhood back to the kids in the hospital,” Shook said. “I’m not a biologist or a researcher, but this is something I can do.”

It’s a way to give the childhood back to the kids in the hospital. I’m not a biologist or a researcher, but this is something I can do.

Before creating the DistrActors, Shook studied theatre and minored in music at Point Loma Nazarene University. After graduating, she worked with a company called Partners that Heal in Phoenix, Arizona, where she would visit children’s hospitals and perform improv for the kids there.

“That really left an impact on me,” she shared. “I’ve always been an actor and have loved working in theater and film, but that was such tangible, meaningful work — almost a ministry.”

A few years later, she moved to New York City and pursued theatre but still wanted to use her background to serve. When she and her husband moved back to San Diego, Shook again found herself drawn toward helping children experiencing medical trauma. This desire came from personal experience as she herself was diagnosed with cystic fibrosis at just six weeks old.

Growing up, Shook spent many hours in and out of doctors’ offices and knew firsthand how difficult it could be. A particularly trying time was when she was in middle school and got sick. She had to go on IV antibiotics for the first time — a frustrating experience that took her out of school to receive health care at home, away from some of her favorite activities.

“My dad asked, ‘Why don’t you draw a picture of yourself defeating this new bacteria growing in your lungs? Use your creativity to imagine yourself defeating it,’” she recounted. “So I drew myself as this Rocky-type, boxing champion with huge gloves. I loved sports and thought it would be fun to be super ripped. The challenger was this scrawny bacteria guy and I was easily defeating him. That helped me refocus, so instead of being frustrated that I had extra treatments and IVs, those were my knockout punches. I thought, ‘It’s a bummer that I’m in this fight, but I’m going to win this fight.’”

This reframing helped her learn that she could deal with her illness by using her mind and focusing on the positive. This is what she hopes to do for the children she serves.

By creating stories with each child as the hero, Shook wants to give them the mental and emotional tools to reframe their fight and bring them into a positive emotional space so they can defeat their illness.

“God talks about the focus of our minds and our hearts affecting how our lives go, and I felt like that was really beneficial for me. That’s what we’re trying to do for these kids. We are making them strong and the hero of their story. Their skills are what save the day. That’s what impacts them. We’ve had a lot of positive reactions from parents and kids when we’re able to do that.” 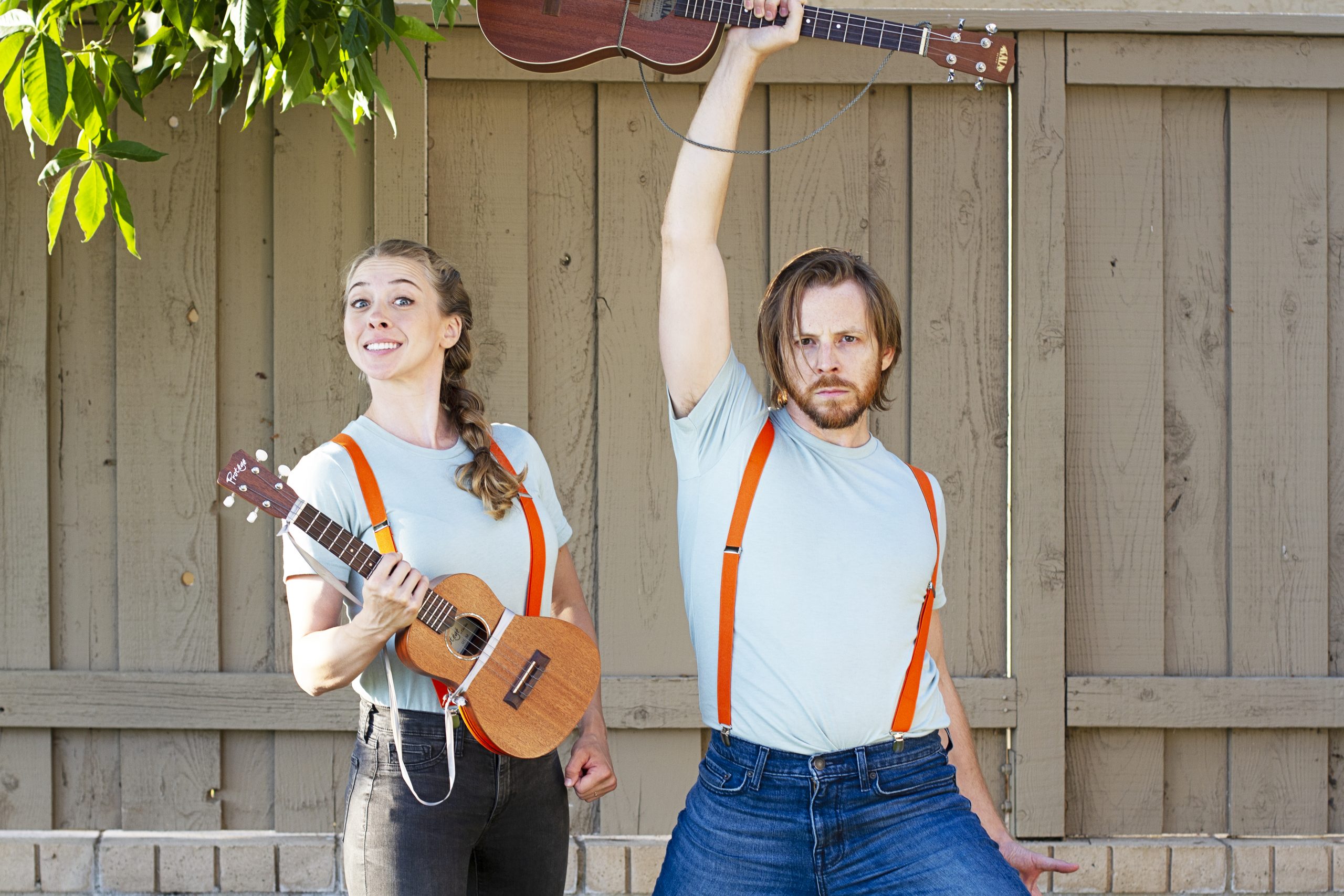 We are making them strong and the hero of their story. Their skills are what save the day.

So far, the DistrActors have served children in six different countries and recently received a grant through the Cystic Fibrosis Foundation to expand their program even more. They’ve brought on two new employees and have begun forming partnerships with multiple children’s hospitals, including Rady Children’s Hospital in San Diego. They continue to create stories through video and hope to perform them live as the pandemic improves.

“These are silly, fun videos that are meant to make them smile, but there’s something more going on there,” Shook said. “They are impacting these kids’ lives and we’re grateful for that.”

Writer’s Symposium by the Sea — 2022: Writing That Provokes

“To those who had something to say, but couldn’t find the words.” — Dear Anybody but You