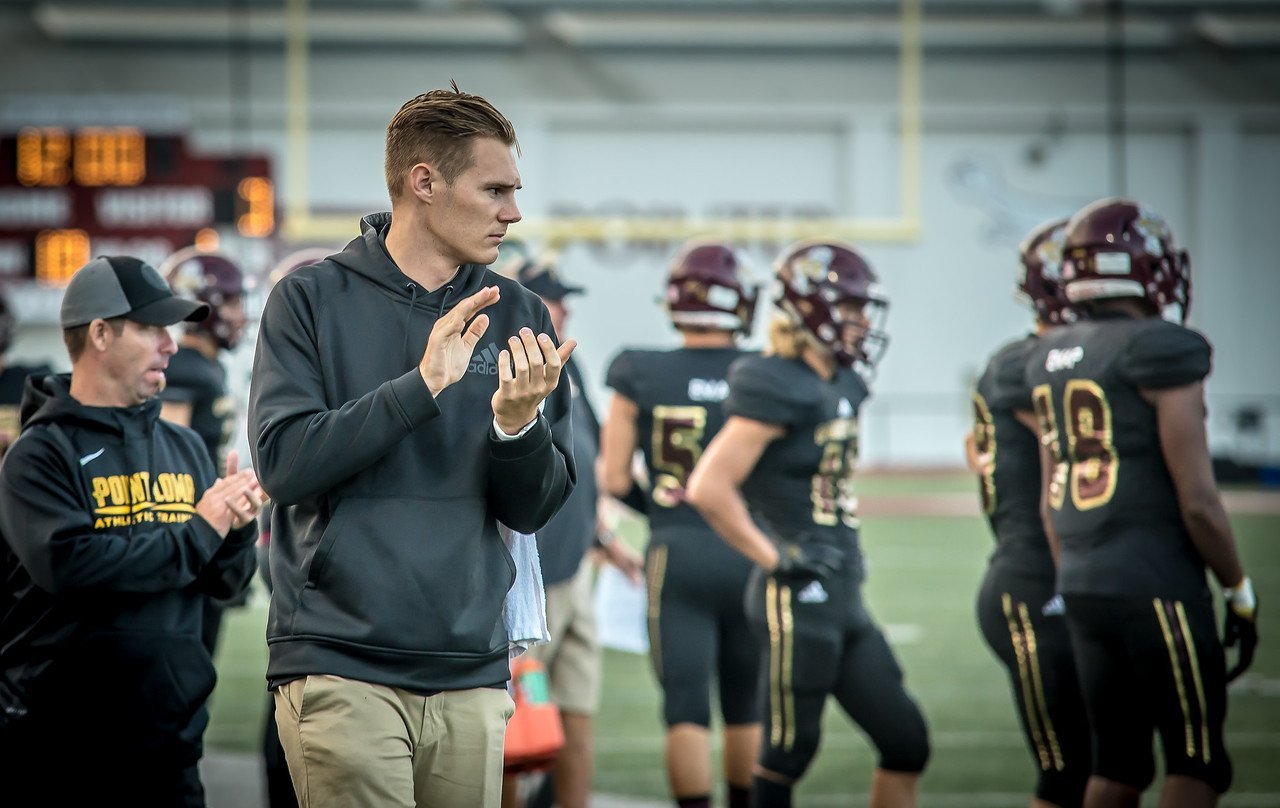 Home Topics STEM & Health From Injured to Recovered: Isaiah Yoder Pursues His Calling as an Athletic...

Before Isaiah Yoder’s (18) first basketball game of his sophomore year in high school, he tore his ACL during practice before the first game of the year. Yoder, a three-sport athlete, was devastated. Still, he had hopes of rehabbing and being healthy enough to play baseball the spring of that year. After surgery and many months of physical therapy he was cleared to play.

Yet, on a miserable and rainy day — only hours after being cleared to play — he re-tore his ACL. He would miss the entire season of baseball, like the basketball one before it.

“It was raining that day on the field when I tore it the second time, and I remember thinking this was one of the worst days of my life. I was still a sophomore and had torn my ACL twice in a six-month span,” Yoder said.

He rehabbed, yet again, and was ready to play basketball the fall of his junior year. And then, as he was practicing, he tore it again — that same ACL on that same knee.

“The only thing I wanted to do in high school was play sports and I ended up sitting out my entire sophomore and junior years of baseball and basketball. I was praying to get back to play my senior year. I had to have surgery on it again and I was asking myself whether I even want to play contact sports anymore,” Yoder shared.

Those two years proved to be very difficult and challenging. The good news is that Yoder was eventually able to play during his senior year. One of his favorite memories from high school is when he first came off the bench after missing two seasons and scored a basket right away, hearing the cheers of the crowd and all of his friends and family who had supported him throughout his long process of rehab.

However, his bad luck with injuries wouldn’t end in high school. As a sophomore at PLNU, he tore his ACL on his left knee (the first three times had been on his right) and had to go through surgery and rehab all over again. He now works hard to do certain exercises to keep his knees strong and avoids playing contact sports, sticking instead to golf, running, and weight training.

While these injuries caused a lot of struggle, disappointment, and frustration, they set him on his path of becoming an athletic trainer. He sought out PLNU because of its excellent athletic training program (and the good weather). As a student, he interned at Point Loma High School. Just as he was preparing to graduate, the former athletic trainer at the high school was leaving to take a professorship at PLNU. The timing couldn’t have been better, and shortly after he graduated Yoder got the job of Head Athletic Trainer at Point Loma High School. He now works with athletes of all types at the school to ensure their safety and help them recover from various injuries.

Shortly after he graduated Yoder got the job of Head Athletic Trainer at Point Loma High School. He now works with athletes of all types at the school to ensure their safety and help them recover from various injuries.

“I think having gone through what I have gone through, I’m able to be empathetic toward the student-athletes and understand the struggle when they are injured. I can try to help them psychologically, because it’s a long journey, and I can speak good things over them and encourage them throughout the process,” Yoder shared.

In addition to being able to help and support young people, Yoder also enjoys his job because of his passion for the human body.

“I enjoy working with the extremely complex human body. We are constantly learning about it and I want to understand it as much as possible. Being able to participate in sports and athletics is so important because it teaches us about discipline, winning and losing, pride and humility, and there’s so much that feeds the soul,” Yoder shared. “And my goal is to help students get back on the field for those important benefits.”

While his struggle with injury has set the path for his vocation, it has also deepened his faith in God tremendously.

“The Bible says to be in the world but not of the world, and there are a lot of worldly things that, as a high school athlete, you can spend your focus on, which was my case. Tearing my ACL and spending so much time away led me to prayer and reading Scripture to set my mind at ease and really shift my focus to what is really important,” Yoder continued. “Usually I would be playing in a summer baseball league, but I wasn’t able to do so because of my injury in high school. But this gave me an opportunity to go to Jordan to run a sports camp for Syrian refugees. This is not something I would’ve ever thought about doing and it was during that trip I was able to focus my attention on other people and on seeing the beauty of what God has created in the human body. It was God’s way of saying I could use this bad part of my life to focus on Him instead of the world and what I want.”

“Being able to participate in sports and athletics is so important because it teaches us about discipline, winning and losing, pride and humility, and there’s so much that feeds the soul. My goal is to help students get back on the field for those important benefits.”

It’s Yoder’s commitment to bringing healing and health to others, so they can be nourished through their use of their God-given bodies, that motivates him today in his work at Point Loma High School. And while he isn’t sure where it will take him down the road, he is confident God will continue to use this passion of his for His good and glory.

“I love meeting people and talking to them and finding the right opportunity to minister to them as well as understand the human body,” Yoder said. “It’s a passion of mine and I know God would want to use that passion for his good and glory. I’m just looking to Him for what is next but I’m really content with my role at the high school and what is coming in the next year or so.”

Related Article: The FAM serves as a space for a community of athletes who crave to talk honestly about faith and life, on and off the field.