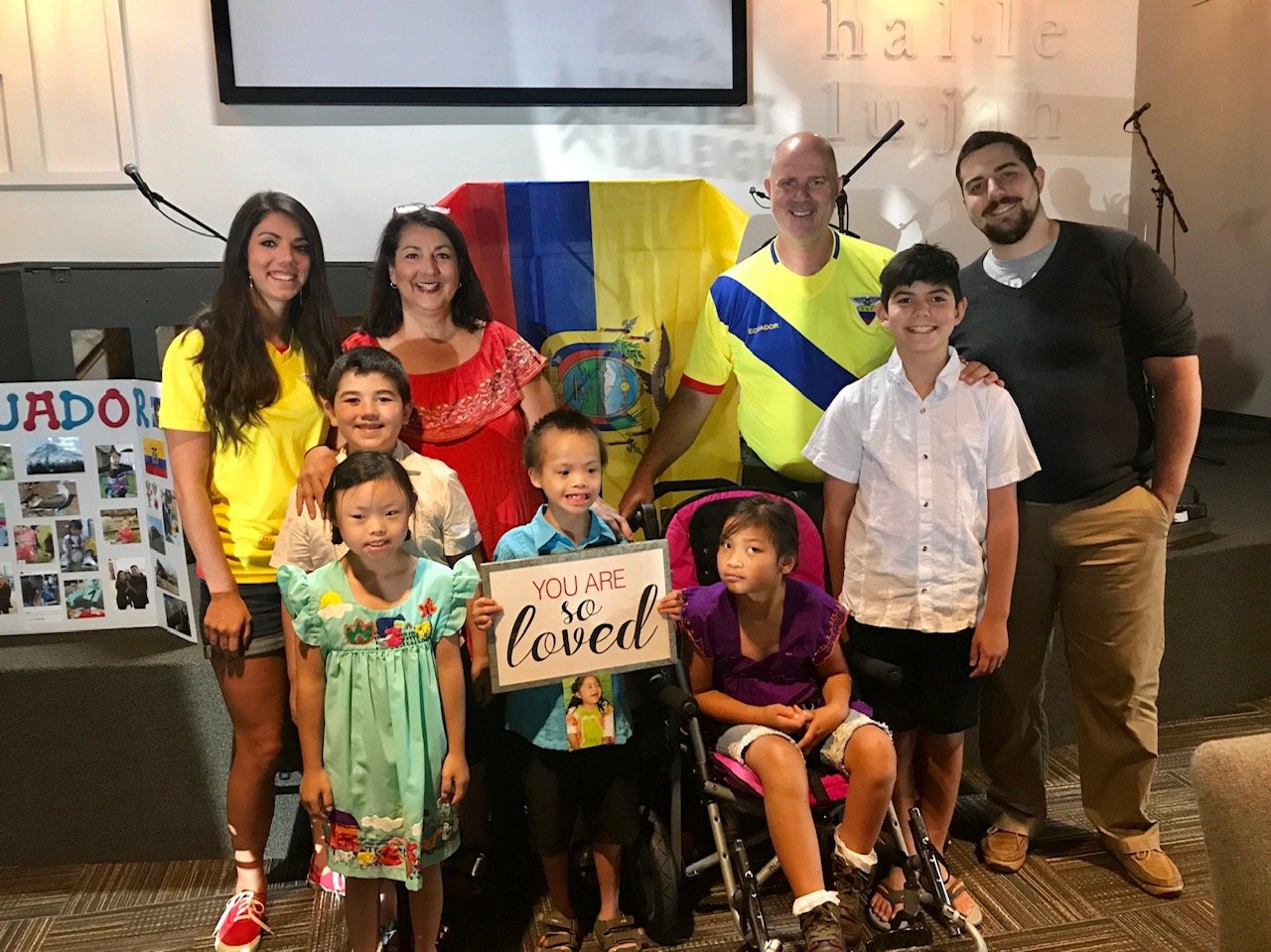 “Pure and genuine religion in the sight of God the Father means caring for orphans and widows in their distress …” — James 1:27a (NLT)

Since childhood, Candy (Thomas) Woertman (91) has felt a calling to adopt. Her compassion toward the plight of orphans was first stirred when missionaries would visit her church and share photos of the orphaned children they encountered. Woertman was captivated. “Ever since then, I’ve had it in my head that I wanted to adopt,” she says. “As Christians, I believe that we’re called to [adopt].”

Woertman so strongly took the James 1:27 call to heart that the people around her knew early on that adoption was in her future. “My mom would always say, ‘Well, you know, you’re going to have to find a husband who feels the same way,’” Woertman says. So she warned her now-husband, Fred, when they were dating; thankfully, he got on board.

Fast-forward a few decades and the Woertmans live in Apex, North Carolina, with their 10 kids — four biological, six adopted (three of whom have special needs). As chaotic as 10 kids may sound, the Woertmans have navigated it well enough to not just survive but thrive in it. The couple is so accustomed to the nonstop demand that children require that they are well on their way to providing a forever home for an eleventh child, a six-year-old girl from Ecuador with Down syndrome.

Candy acknowledges that the road to a double-digit-sized family has been both extremely challenging and incredibly rewarding. Despite its ups and downs, it’s a road they’ve felt privileged to walk together as an expression of their faith.

From Two Kids to Five

Fred and Candy Woertman met through their church in the San Francisco Bay Area post-college. Candy’s love for children drove her to study child development at Point Loma, and Fred, who graduated from San Jose State, became a middle school math teacher. Before having their first two kids, Candy taught school, but she stayed home when Caroline and Jordan were young.

With two young kids and a single income, the Woertmans moved from NorCal to North Carolina to be closer to family and to enjoy the lower cost of living. Candy got involved in the Daughters of the American Revolution, and through that organization, found out about a foster home in the Appalachian Mountains called Crossnore. When the facility started opening up for adoption, Candy’s interest was piqued.

Crossnore told Candy about a group of four siblings in need of a permanent home. “And I was like, ‘Oh my gosh, that would be so hard to place them,’” she remembers. “‘We could totally take four. I mean, we’re both teachers; we have like 20 kids all day long.’ My husband said yes almost right away.” That’s how they quickly found three new people joining their family (the oldest sibling’s trauma was too extreme for adoption).

When the Woertmans went from two kids to five, “They kicked our butt,” Candy says. They had been removed from their homes due to neglect, but it turned out they’d suffered from abuse as children. “[The facility] told us that it would be hard. We thought we were prepared … but wow, like the lying and the manipulating and stuff? I thought we had seen a lot of that in the classroom, but they were the masters of it.”

Even so, the couple pushed through, placing the kids in Girls Scouts and Boy Scouts, youth group, Sunday school. “I know that we gave them their childhood back,” Candy says.

Little did Candy know when bringing the three siblings under her roof that she would soon become pregnant with her third biological child, Ricky, who was born a little more than nine months later. Candy was 40 at the time, and because there was a large gap between the five older kids and Ricky, the Woertmans prayed for another child. And at almost 43, Candy gave birth to Colby, her seventh child.

That was around the time social media came into the picture. Through Facebook, Candy got in touch with a fellow PLNU alum, Kandi Crees Trickett (90), who had adopted a little boy with special needs from China. “I kind of felt like, not that they were a disappointment, but like my dream of what adoption was going to look like was not glorified at all,” she says. “I kind of felt that urging to adopt.”

Despite her husband’s insistence that he fulfilled his commitment to adoption with their first three, Candy wore him down with photos of sweet children with special needs living in orphanages in China. That’s how Grace, who is now 10 and has cerebral palsy, eventually joined the family. “She was so easy to love,” Candy says. So easy, in fact, they felt like they had room for one more, this time a child with Down syndrome.

Joy, 10, came home from China about three years later, thanks to some fundraising and a $7,000 grant. Then Timmy, 11, who also has Down syndrome, was adopted as well, thanks again to financial support. “We had already refinanced our house, there was no 401K, there was no savings account, nothing,” Candy says. “So with Timmy, we were like, ‘It’s going to have to really be God.’ And the whole $30,000 was raised. … Money’s not an issue with God. If he wants it to happen, it’s going to happen.”

As Christians, the Woertmans felt called to adopt and provide a loving home to six, soon to be seven, children, despite the sacrifices they’ve had to make and the tension it’s added to relationships, especially within their extended families. “No one in my family said, ‘Congratulations! You’re adopting!’ They were like, ‘Oh.’ And that hurt,” she says. “Anytime a child comes into a home, in my opinion, that child needs to be celebrated.”

However, inside their family, their four biological children have adapted to and been impacted by their special-needs and adopted siblings. “They know they can’t have most of the material things their friends have,” Candy says. “They know giving a home to a child is more important.”

The Woertmans also found a welcoming, supportive community through other adoptive families, who’ve donated money, hosted gatherings and fundraisers on their behalf, or gotten their children together for visits because they had lived in the same orphanages.

Candy’s heart still aches for the orphans yet to find their homes, and she knows the need is great. “I tell people, if you don’t feel called to adopt, I get that,” she says. “So then sponsor a kid. Or give money to somebody.” Even dropping a meal off or sending a gift card for new clothes goes a long way for adoptive families. “Everyone can do something,” she says.

The adoptive journey has added “hugely” to the Woertmans’  faith, especially in hindsight. “With each [adoption], you have to say, ‘You know what? There’s nothing I can do.’ I can’t make the country of China like me or say yes to me,” she says. “You go through it, and then when you look back, that’s when you really see, ‘Whoa, God did that.’ … He definitely blesses you when you do what he wants you to do.”

You can learn more here about the Woertmans’ adoption journey through Reece’s Rainbow, a nonprofit that offers adoption support for special needs children.