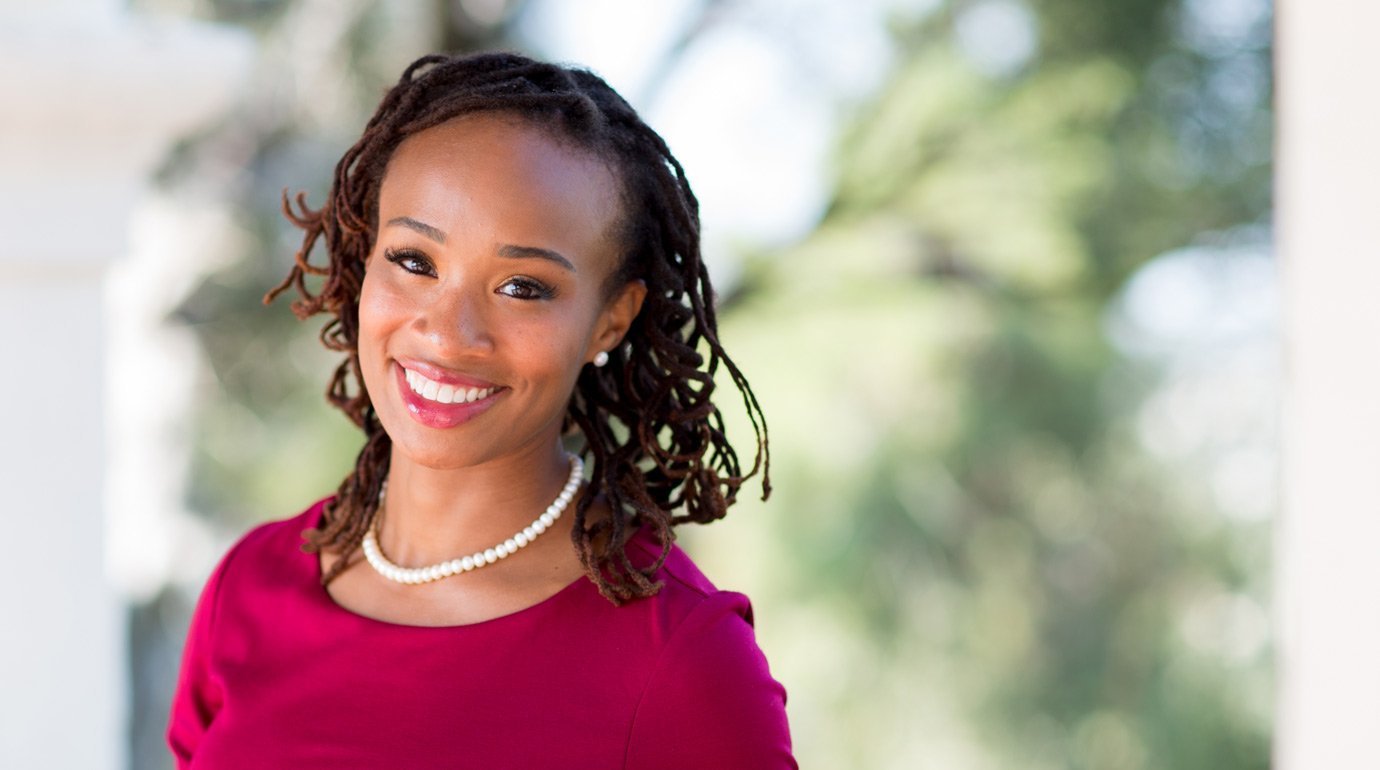 As a young girl, Jasmine Sadler took a dance class for the first time and immediately fell in love with the finesse, expressiveness, and artistry of the movement. As a middle school student, she found she enjoyed tutoring her peers in math and was constantly sought out to help with their algebra homework. And in high school, after witnessing the Space Shuttle Columbia disaster, she became inspired to pursue a career in aerospace engineering.

With age, Sadler, who studied as an engineering student at the University of Michigan, found herself increasingly pulled to this wide array of interests, while also strongly encouraged to pick one route: dance, math, or engineering. But now, as a PLNU MBA student, a senior quality engineer at Solar Turbines, a business owner, and an avid dancer, she not only rejects the “choose one” mentality for herself, but for everyone.

Sadler believes so much in combining the arts with the sciences that she started her own business, Adorn The World, which aims to push science, technology, engineering, art, and mathematics (STEAM) education to younger generations. She hopes to do this by way of a few primary tactics: offering STEAM camps, creating a curriculum for teachers of STEM fields that will advise on how they can bring arts into their classes, and offering consulting to schools and companies that are interested in implementing their own STEAM program. This labor of love is one Sadler believes in wholeheartedly, as it is this approach to learning, she says, that has in many ways contributed to her professional success.

“Staying active in dance has brought a lot to my work,” she said. “It allows me to use the right side of my brain and helps give me a creative approach to problem solving, which is essentially what engineering is.”

Her passion for STEAM education, along with some prompting from PLNU MBA professor Dr. Rob Gailey, led her to the University of San Diego’s annual Social Innovation Challenge (SIC), where student entrepreneurs are able to present their business ideas in hopes of receiving funding from a panel of local business leaders. This year’s competition, which involved three rounds of review — an online application, a 90-second pitch, and a six-minute presentation — featured 17 finalists.

As a PLNU MBA student, a senior quality engineer at Solar Turbines, a business owner, and an avid dancer, Sadler not only rejects the “choose one” mentality for herself, but for everyone.

The only one-person team present, Sadler went into the competition confident, equipped with the knowledge from her MBA classes, the support of her PLNU peers and faculty, and a deep passion for her purpose. She was awarded $5,000 — and left with a network of interested investors and an even stronger sense of motivation to keep moving forward.

“To be recognized and awarded at the SIC was confirmation that not only is there a need for this project, but also that I was able to clearly communicate the vision in a way that made others want to come on board,” she said.

Initially, Sadler planned for her winnings to go toward organizing a STEAM camp. But after some consideration, she decided to reallocate the money to help her file for nonprofit status for Adorn The World, which will allow for different kinds of funding opportunities, such as grants. In addition, the money will also help Sadler organize a STEAM leaders summit — a goal she feels will prove a lot more useful in the long run.

“Adorn The World is about uniting the community, not just putting on a camp,” said Sadler. “Right now, I feel like it’s more valuable for me to bring together a community that’s already doing things in the area of STEAM education and see how we can make a bigger impact together.”

While part of that quest for unity includes empowering all people to pursue both artistic and technical endeavors, she identifies her primary goal as finding a strategy to increase the minority pipeline, specifically in STEM professions, by leveraging an artistic perspective. Sadler, whose efforts are largely targeted at the African American community, says there’s a huge deficiency of this minority group in math, which leads to a lack of them pursuing engineering as a career path.

“It’s important to continue to have diversity of thought in companies so they can continue to grow,” she said. “But African Americans tend to stay away from those fields because of what we’ve been told or what we perceive about them. They end up choosing to focus on entertainment or sports instead of technical fields, and I want them to know they don’t have to choose.” 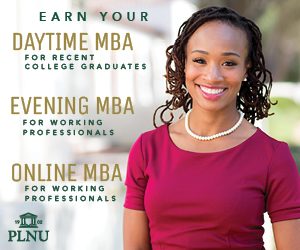 While equal opportunity drives a lot of what Sadler does, helping others have a chance at the same well-rounded upbringing she had actually isn’t her biggest motivator. Rather, it’s something much deeper that keeps her hard at work — whether problem-solving at the office, studying best business practices alongside her MBA classmates, or taking the stage in front of a panel of investors.

“At the end of the day, I know this work is my life purpose,” said Sadler. “God has given me this vision, but I’m still waiting to see how it’s all going to unfold. So in the meantime, I’ve found that working on bettering myself, while keeping my focus on helping others, is the best way to stay prepared and poised for when the right opportunities present themselves.”

An Inside Scoop From PLNU’s Medical COVID Task Force

Alum Cody Jung rides his bike all the way to the...

Don’t Be Afraid to Ask the Difficult Questions — Dr. Maddie...