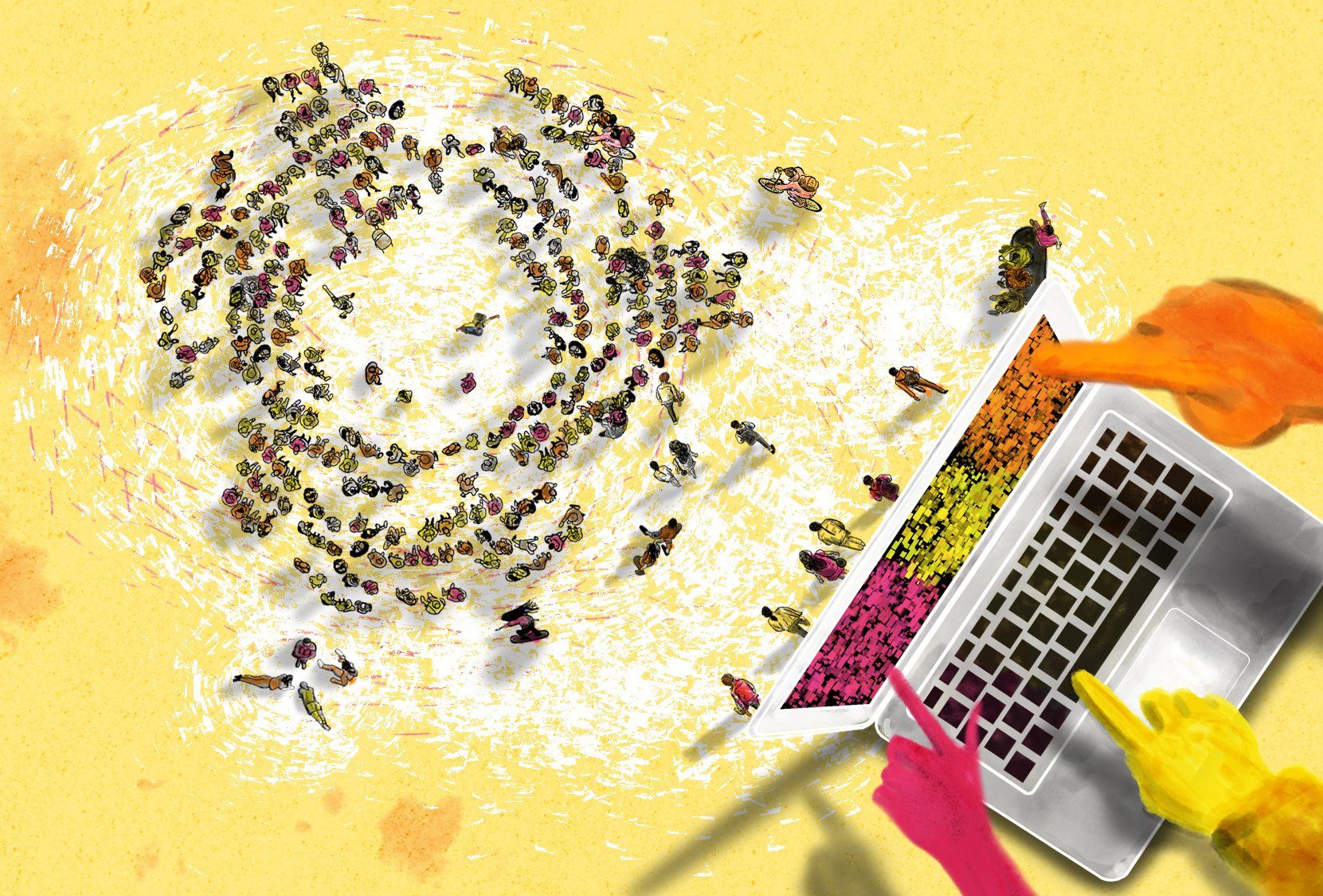 Home Topics Social Issues Gen Z is ready to change the world. They just need you...

Writers of every generation attempt to understand the young people of their day.

In 1951, Time Magazine wrote that the youth then were a “Silent Generation.”

“They do not speak out for anything,” it said of a generation which — born between 1928 and 1945 — grew up on the heels of an economic depression and a world war.

In 1966, the magazine chose Americans “Twenty-five and under” as its person of the year, calling the youthful Baby Boomers — born 1946 to 1965 — “anything but silent.”

Of Generation X — born 1965 to 1980 — Time Magazine said they virtually raised themselves, having grown up in a time of drugs, divorce, and economic strain.

“They feel paralyzed by the social problems they see as their inheritance: racial strife, homelessness, AIDS, fractured families, and federal deficits,” the article on “twentysomethings” said.

If you’re reading this in the alumni magazine of Point Loma Nazarene University, you may be, like me, a Millennial. In the above articles, writers spoke to young people of their time and tried to understand them.

Here’s what you might believe about me, a Millennial, if you read the headlines about my era of young people. We live in our parents’ basement. We spend all our money on avocado toast. We’re killing casual dining restaurants like Applebee’s.

None of those things are true about me. I live more than 1,000 miles away from my parents. I’ve only had avocado toast one time. I love Applebee’s.

What those particular headlines don’t say about my generation — those born 1981 to 1996 — is that we came of age during the Great Recession. We’re financially less well off than previous generations were at our age. The cost of college has gone up and student loan debt weighs heavier on us than the freshman 15.

I’ve wanted to be a journalist since the first weeks of my intro to journalism class in my sophomore year of high school. I loved to write. I loved to learn. I loved to ask questions.

So when I headed to PLNU to pursue a degree in journalism, I was reading as much news as ever, possibly more with the rise of Twitter happening at the same time.

The headlines I saw then about Millennials didn’t reflect my experience. Often, they didn’t even quote Millennials. So here’s a makeup quote from me, had anyone from Time Magazine given me a call during my college days.

“I don’t expect to ever be able to afford a home,” Abby Hamblin, a Kansas native living in San Diego, said.

My career trajectory has included some good luck, the privilege that comes with being a white woman with a strong support system, and what I always say in job interviews is a “Midwest work ethic.” My story probably isn’t the best reflection of my generation or even the most interesting one to be told. But it is mine.

I now work for The San Diego Union-Tribune, though my byline could previously be seen in The Point newspaper at PLNU. I am one of only two Millennials on the newspaper’s editorial board and I take the opportunity to speak for my generation very seriously. (An editorial board is in the Opinion section of a newspaper — separate from the newsroom — and it makes endorsements in elections and shares informed opinions to challenge and analyze community issues.)

It’s what made me so excited to try to offer the same opportunity to Generation Z, the youngest generation in the U.S. currently as defined by researchers. Having spent hours and hours talking to them and conducting research, I can tell you their voices deserve to be heard more often in news outlets read by older generations.

My hopes of bringing younger voices and stories into news media collided perfectly with an effort by our news organization to tell the story of the national reckoning on race that had been stirring since the Black Lives Matter movement began in 2013.

When you look at Generation Z — those born 1997 and after — the push to correct systemic racism in this country is inevitable, even though it started long before they were born. They’re refusing to be silent about it.

They grew up with the first Black president. They’re the most racially and ethnically diverse generation in U.S. history. They’re on track to be the most educated generation. They are permanently attached to smartphones, which spread viral videos, news stories, and information they can’t ignore.

Mass shootings in their schools and global recognition of the undeniable science of the climate crisis taught them to use their digital world to organize, inform, and protest. And now they’re organizing for racial justice in their communities all across the country.

The San Diego Union-Tribune wanted to capture all of this in a podcast about Generation Z. We surveyed and interviewed dozens of members of Gen Z, spent time with their youth-led organization and even talked to them online — and during the pandemic — mostly via Zoom.

We passed the mic to them to tell their stories in a way I wished someone had done for Millennials. We spoke with a TikTok star in New Jersey. A student from Oklahoma told us about how she, the daughter of immigrants, spends her free time outside of her college classes registering people to vote. We heard from a Stanford student who wrote an ethnic studies curriculum for her high school.

What we learned from them is similar to what I think every generation would tell you if you actually went out and talked to them in their youth, rather than reading about them online. They’re not all the same.

While they’re known for being liberal, we spoke to conservative members of Gen Z. You may believe that they’re obsessed with social media but we talked to several members of the generation who said they had taken a break or ABANDONED it for their own mental health.

I invite you to listen to the podcast. Search “Hello Gen Z” in your favorite podcast listening app or go to sandiegouniontribune.com/hellogenz. What they say will surprise you, educate you, and maybe even give you hope for the future. They talk about issues like education, gender, and how the coronavirus pandemic has thrown their worlds upside-down.

My biggest takeaway from the project is something a high school student told us that he tries to convey when talking to his parents about race. It’s the idea of unlearning — being informed enough to know you’re wrong, admit it, and try to correct yourself going forward. This is, after all, a generation that has been able to Google the facts on any issue within seconds from the palm of their hands.

Members of Gen Z have a lot to be worried about. The current recession is worse than the one Millennials faced at their age. There are reports that the pandemic is hurting them — mentally and financially — disproportionately than other generations.

“I think Gen Z will change the world through empathy and understanding because even though … we are different, we seek to understand each other,”

And yet over and over Gen Z shared words on the podcast that they are optimistic. They make friends around the globe online and talk to each other about the future they want to build. They hold each other accountable and find comfort in their shared experiences as Generation Z.

If you don’t listen to our podcast, find another way to listen to Generation Z. I hope you got my subtle hints about media literacy earlier and try to see the importance of diversifying your media diet, reading beyond the headlines, and looking closely at the sources.

In this case, see whether what you’re reading about Generation Z is written by members of Generation Z or whether their voices and perspectives are given the spotlight they deserve.

We tried to always lead each episode of our podcast with their voices, not ours, and we gave them the final word on all nine episodes. So I’ll do that here. This is Endiya Griffin, a high school student from San Diego.

Art courtesy of John Kelley of The San Diego Union-Tribune.