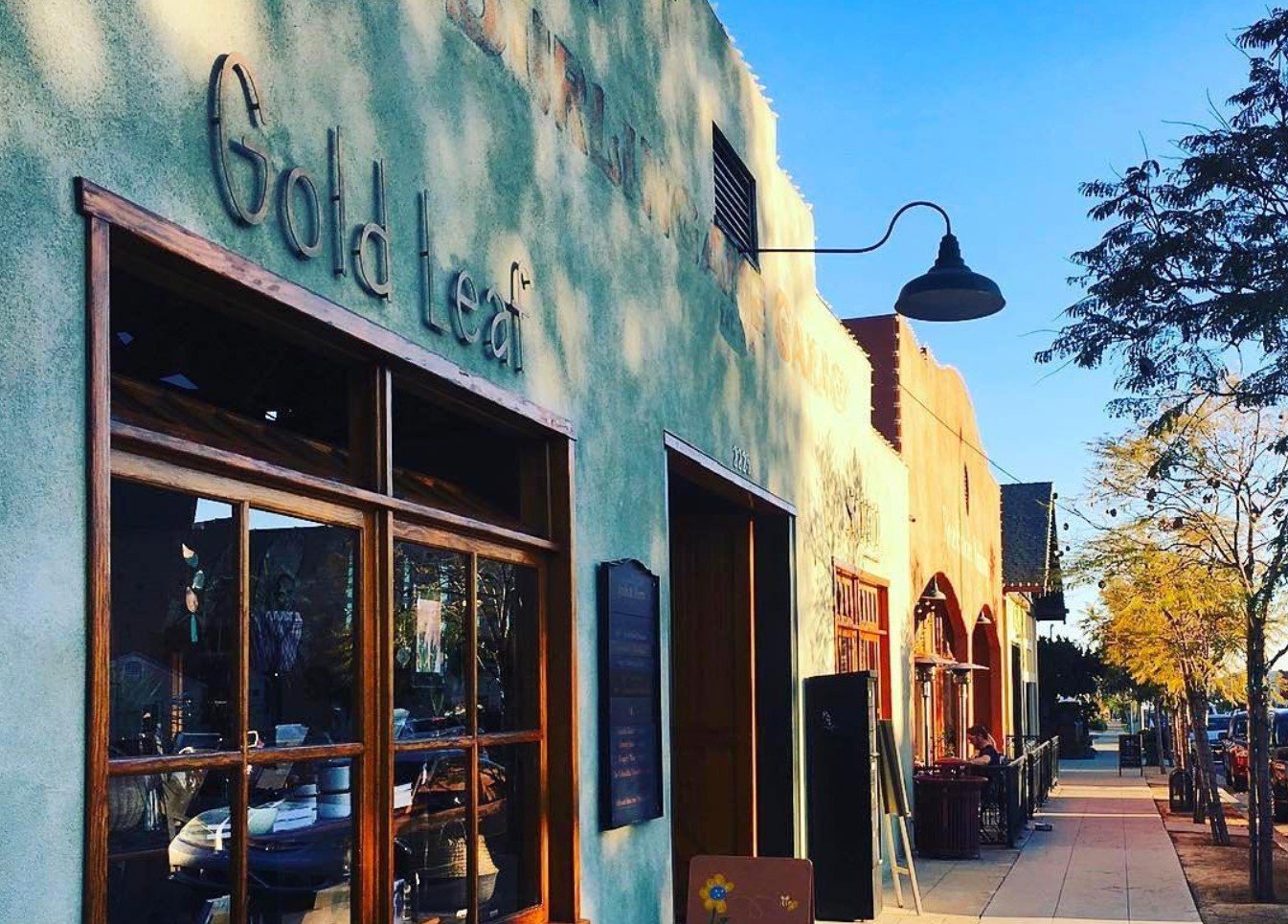 Zakka (from Japanese ‘zak-ka’) means “miscellaneous things” and could also be described as “the art of seeing the savvy in the ordinary and mundane.” This word, zakka, describes Sonya Kemp’s (04) spirit and what she’s captivated by. It also describes her shop, Gold Leaf.

Nestled in San Diego’s South Park neighborhood, Gold Leaf is an eclectic, artsy paradise where Kemp is free to express herself. “I like things,” she laughs. “[Zakka] is believing that everyday objects can bring meaning to your life by their beauty, in the way they’re made, the way they smell. I love little things like that.”

Kemp moved from Nampa, Idaho to San Diego at the same time as her dad, PLNU religion professor Michael Lodahl, Ph.D., in 1999. She reflected fondly of her time at Lomaland. (“It’s magical, right?”) She expressed how her three freshman roommates turned into best friends, memories from studying abroad in Rome for a semester, and finding her passion for art through the influence of Point Loma professors.

“The art department gave me a lot of autonomy, which was what I needed and it was super special to me,” Kemp said. She beamed when she thought back to those intro-level art courses taught by professor Jim Skalman and the high-level focus she poured into her senior project. She concurred that Point Loma was a special place, but vouched heavily for the art department specifically. “I liked that little pocket of the campus,” she smiled then let out a belly laugh. “We were kind of shoved in the corner, but it’s fine.”

Her favorite art corner off Caf Lane morphed into her very own little pocket of South Park where Gold Leaf has lived for the past five years. Located in the historic neighborhood off 30th Street, the boutique is a restored garage from the early 1900s. “Somebody came by and gave me the flyer for the auto body shop from 1920, and it had like four digits for the phone number,” she describes. “It was just the cutest.”

People in the South Park community are just like that. Kemp says she’s watched babies grow up, puppies become dogs, families extend. Locals pop in to say, “Hi” and check on Kemp, her husband, and their two kids. “I kind of underestimated what a part of the community I would really get to have here,” she said. This tight-knit group really locks arms and makes it a priority to support each other. Especially over the past year with the pandemic.

“We have made it through a very tough year, which is a testament to this neighborhood because they really care about supporting small business,” Kemp added. It’s rare air these days, but she’s nothing but grateful for her community. “People during the holidays were saying, ‘We’re only shopping small this Christmas. We’re making an effort to not buy from any big stores.’ And it made a difference.” Kemp compares this to December 2019 where she truly felt Amazon’s roaring presence interfering with sales during the holiday season. “Last year was like, ‘OK, maybe we should start to worry a little bit,’” she says. “But then this year it came back the other way. It was really, really special.”

“We have made it through a very tough year, which is a testament to this neighborhood because they really care about supporting small business.”

After closing the doors for about three months, nearby support continued to pour in. Bill, a South Park OG in his early 70s, strolled into the store for the first time in awhile. He was making sure they were still standing and wanted to support in any way he could. “I gotta find some stuff to buy,” he said, looking around. (“He’s an old guy,” Kemp interjects. “He doesn’t need a fancy French knife or a linen tablecloth.”) Bill begins piling items up on the counter, and wasn’t satisfied until his total was at least $300. “Sonya, I’m just glad you’re still here.”

“There was so much of that,” Kemp says. “People really showing up for each other. And that’s what we needed this year.”

These unprecedented times of late can remind you why you started. Kemp reminisced about the fruitful 10 years where she worked at SoLo, a collective in Solana Beach, that allowed her to grow, create, and curate the dream of opening a place to call her own. “Mom’s ready,” her 10-year-old son said to her husband at the time. “She knows what she’s doing.” The idea that her little family could build something together from the ground up was a big deal, she says. “It’s really important to me to have a place where people feel welcome.”

When asked if she could go back to the art department’s corner of campus and talk to her younger self, she took a beat and then said, “This is a beautiful thing for you to do, Sonya.” She went on to express that sometimes “doing art” doesn’t seem valuable enough in the scope of the world. But then she checks herself: “The other part of the world that doesn’t have art in their everyday life, they need that because they do the other hard things,” she explains. “They’re the social workers. They’re the nurses. They need the beauty to remind them of what else there is.” Gold Leaf is supporting artists who make things with their hands, which is valuable, she says matter-of-factly. Her art supports art. “The art matters,” she adds. “The beauty matters.”

The miscellaneous things that spark joy, Kemp makes sure they have a home in her shop. Candles, cards, cookbooks — it’s the zakka, the beauty that can be found all around us. “It’s the everyday objects, it’s Bill stopping by, it’s all about the little treasures.” It all matters.