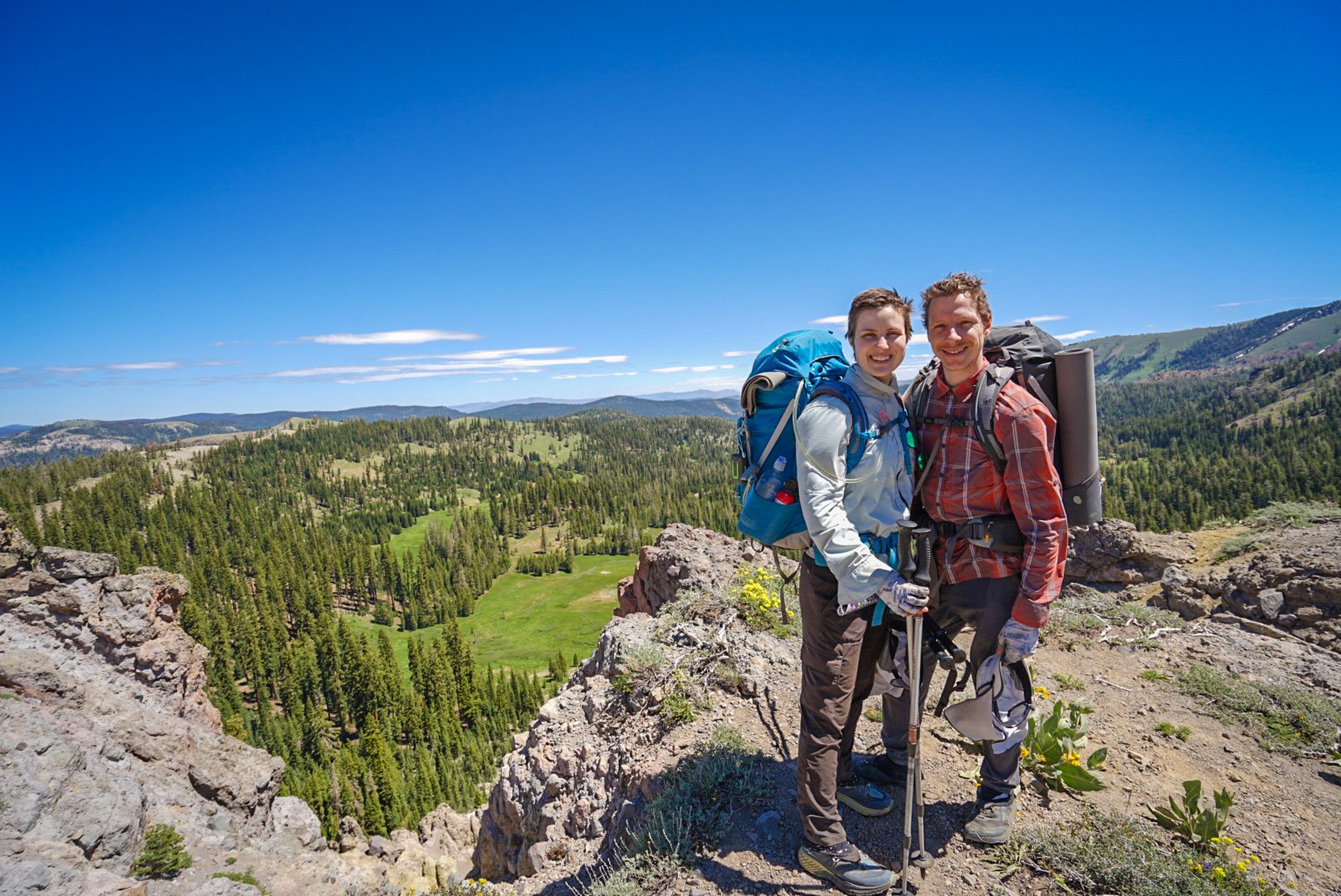 Beginning at Campo near the U.S.-Mexico border, the Pacific Crest Trail (PCT) weaves through desert, forest, and the Sierra and Cascade mountain ranges up to Manning Provincial Park in Vancouver, Canada.

For most people, hiking the PCT may seem an unfathomable feat. But AJ Wolf (14) and Dakota Wolf (Hills, 17) were fueled by adventure and determination to conquer the trail. Along the way, they discovered things about themselves and their responsibility to God’s creation.

Prior to setting foot on the trail, AJ and Dakota were teaching children English in South Korea in 2020 when the COVID-19 pandemic spread worldwide. They would train and stay active by doing various outdoor activities when not in the classroom.

“We went to Seoraksan National Park,” Dakota shared, “[which is] super famous in the northeast of South Korea. We hiked around there for a weekend. Other than that, we were biking every day or rock climbing.”

During those two years, they figured out the logistics for backpacking the PCT. AJ applied his experience hiking the Appalachian Trail toward planning this trip. Dakota specifically was inspired by a family who shared their trip’s progress on their YouTube channel, HRC on the PCT, partially determining their proposed timeline.

“To some extent there’s nothing you can do to prepare… But you just got to get out there and start hiking.”

“To some extent there’s nothing you can do to prepare,” AJ said. “It helps to be fit, it helps to research the gear. But once you get on the trail and start hiking, you have to earn what we call your ‘trail legs.’ It takes different amounts of time — some people get theirs fast, for some people it takes a long time to build up. But you just got to get out there and start hiking.”

Acquiring a permit to hike the PCT turned out to be a long waiting game. The success of Cheryl Strayed’s 2012 memoir, Wild: Lost and Found on the Pacific Crest Trail — which was subsequently adapted into a critically acclaimed film starring Reese Witherspoon — garnered the PCT much attention by amateur and seasoned hikers alike.

The U.S. Forest Service and the Pacific Crest Trail Association (PCTA) implemented a lottery permit system soon after seeing record numbers of outdoor adventurists on the trail. This system limits the number of hikers per year in a conservative effort to reduce the impact of human foot traffic on the trail. Depending on your trip plans — proposed date range, north or southbound travel, and other criteria — you can only apply for permits on a first-come, first-served basis during a specific window of time early in the calendar year. Permits may take up to three weeks to be approved.

“To hike for five months is logistically doing a whole bunch of short weekend trips all at once,” AJ explained. “You walk for three, four, five, or six days. Then you go into a town and resupply, get food for the next section, and then get out there and do it again.”

Along the trail, AJ and Dakota would often have to divert their route to avoid fire or weather hazards. For example, they barely avoided the McKinney fire, which caused approximately 60 hikers to be rescued from the trail.

“We got through the area in Northern California into Oregon about three or four days before the McKinney Fire,” Dakota recalled. “It was gorgeous and green and now we know that it was burned down.”

However, fire prevented them from completing the last 60 miles of the trail that crosses the Washington state-Canadian border. Rather than being disappointed, they were able to celebrate with other hikers how much they accomplished. The group even created and took photos around a fake border monument that mirrored the one stationed at the northernmost point of the PCT.

“We didn’t feel very sad,” Dakota remembered. “A lot of people did feel sad, and that is a very valid way to feel. We felt very content and at peace with finishing the trail.”

Hiking the PCT reminded them of how much of an impact their presence can have on the environment.

“Several thousand people get on trail,” AJ stated. “Most of them are great people that care about the natural spaces around them. They’re trying to hike with the principles of LNT, which is ‘Leave No Trace.’ But every year, people that don’t necessarily respect LNT get out there on the trail. We certainly saw a lot of trash. More and more, the natural environment in the corridor of the trail gets affected by people hiking.”

Despite this, AJ is optimistic that people will learn to hike sustainably. He specifically commended the efforts of the PCTA and volunteers to restore and maintain the trail, and he recommended that people interested in trail conservation efforts should donate to the PCTA.

AJ and Dakota’s familial faith values also influenced how they engaged with the outdoors.

Dakota felt as if she were a guest merely passing through the environment. With that came a certain sense of responsibility to take care of it.

“I want to remind people that we get to enjoy it, but it’s not a given,” AJ echoed. “These beautiful places exist because a lot of hard-working people have helped to make them exist. We are blessed to live in a place with this natural beauty. So what is our responsibility, what is the church’s responsibility to that world?”

This sense of nurturing the world by representing the Divine image as stewards was important to them, especially since AJ noted that the “original image of perfection in Genesis is a garden.”