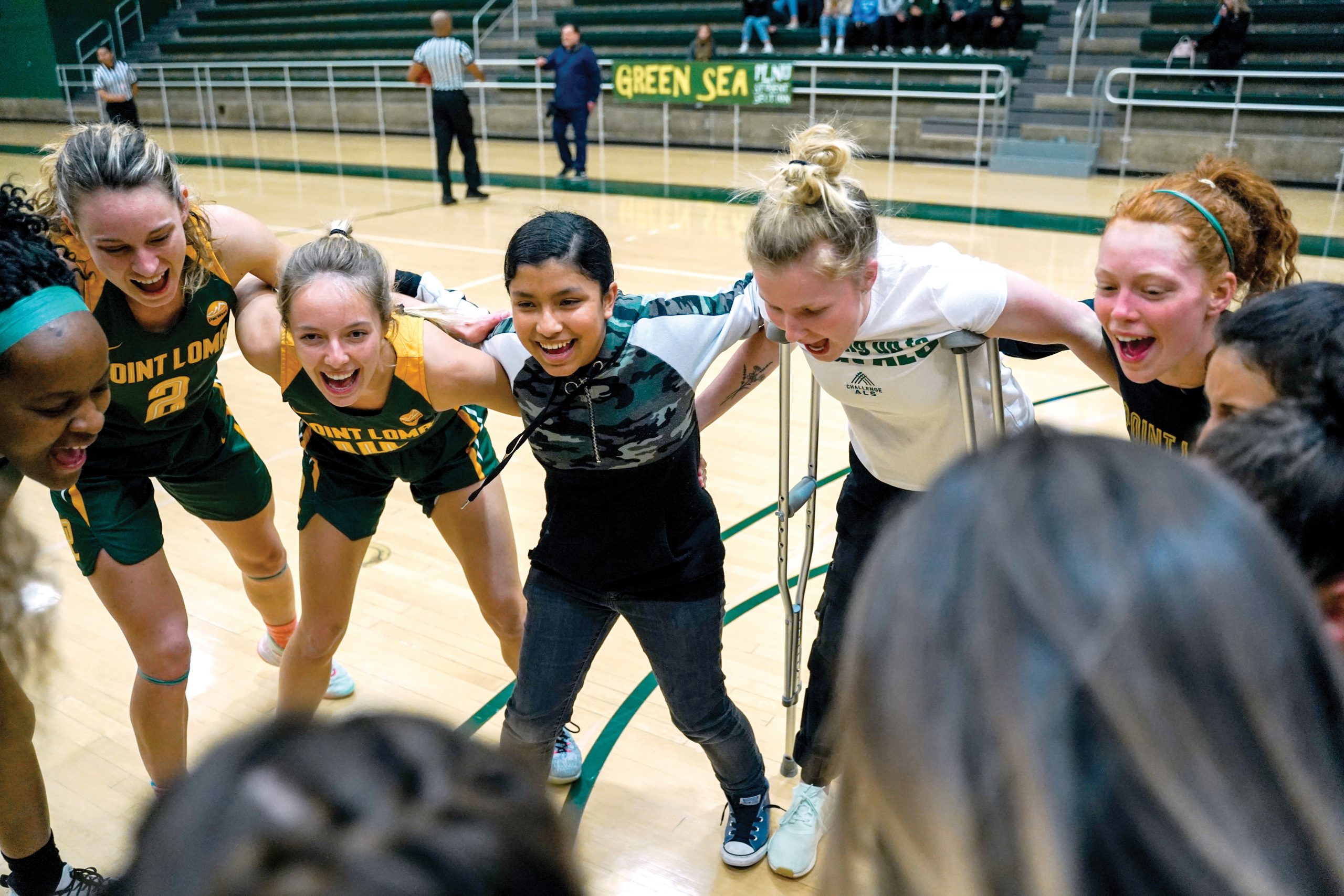 The Point Loma women’s basketball team added a key member to their team in December 2019. The Sea Lions proudly welcomed Angelina Rechirei as an honorary member and captain.

Although she did not suit up for the Sea Lions, Rechirei was an inspiration to her teammates and was not afraid to get on them when they were playing badly — just like any good captain.

“We needed another member on our team, and I thought Angel would be the perfect fit,” said Point Loma junior guard Isabel Turk. Rechirei was brought to Point Loma from Team IMPACT. Team IMPACT is a national nonprofit headquartered in Boston, Mass., that connects children facing serious or chronic illnesses with college athletic teams, forming lifelong bonds and life-changing outcomes. “It makes me feel connected and more a part of a team,” said Rechirei with a big smile on her face. “It makes me feel a part of a family. They all know each other so well.” Rechirei was listed as an honorary team captain on the roster for the 2019-20 season. She attended Sea Lions practices, team dinners, events, and even sat with the team on the bench during games and joined them in the locker room where she was known to make fiery halftime speeches.

“I think honestly her halftime talks were the best,” Turk said. “Even … when we [were] down at halftime, she’s like this is what we need to do. She really [got] us fired up and ready to go out. It was awesome she spoke up, and it really gave us that push we needed to start the second half strong.”

Rechirei suffers from neurofibromatosis, also known as NF, a serious genetic disease that causes tumors to develop in the nervous system. The disease took her younger sister about three years ago. “I think it’s a getaway for her,” said Sea Lions’ head coach Lisa Faulkner. “It’s probably fun to have teammates — and sisters really — and get to connect. I know sometimes she says it’s hard at school, and so she gets away from that, and she gets to have 12 to 15 people that really connect to her, and that’s the cool part of being on a team.”