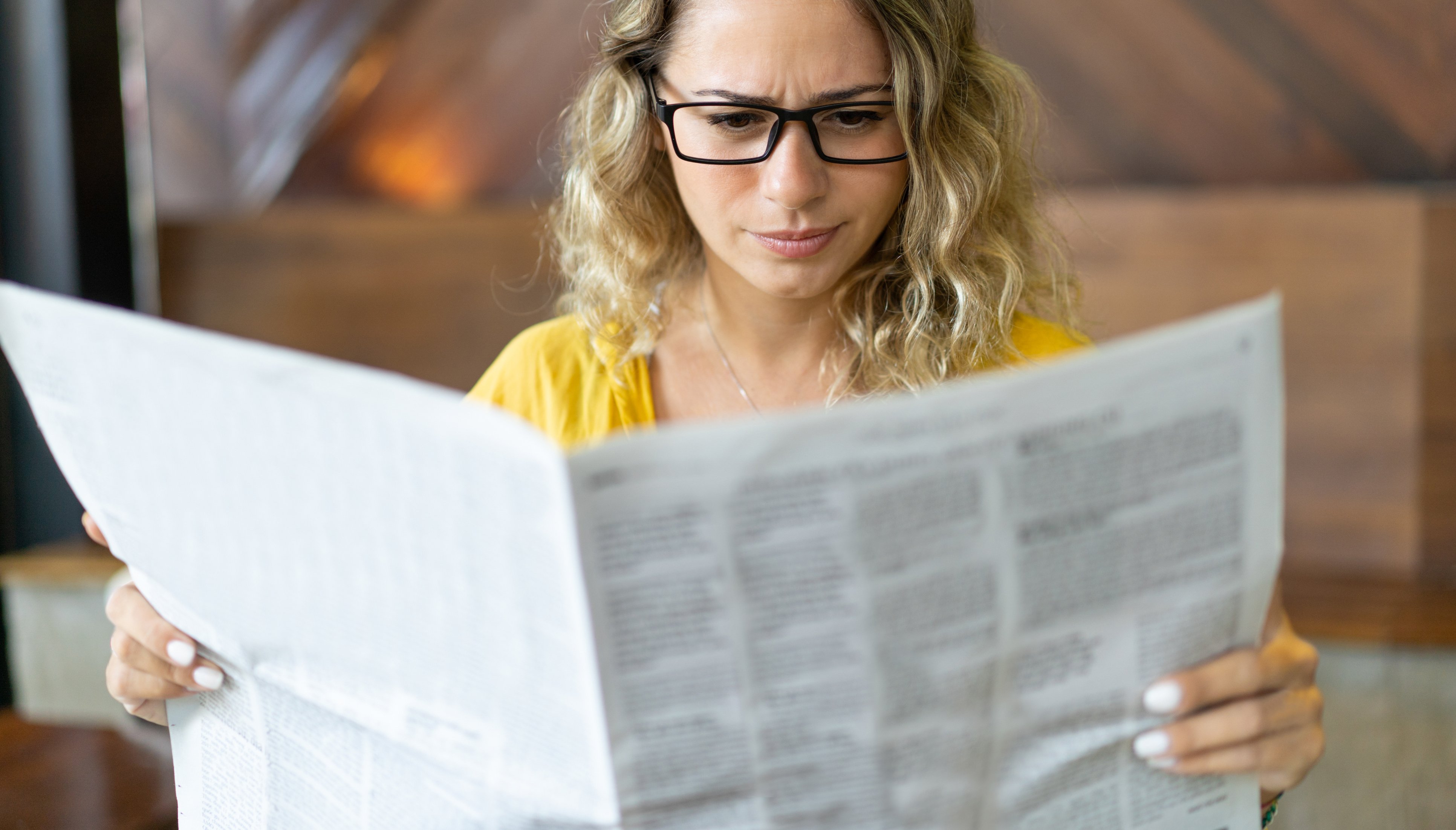 Home Topics Voices of PLNU How Dissenters Became Supporters: The Story of The Blunt

In 1976, a group of 14 PLNU students asked themselves questions that still resonate today: How can we challenge the status quo without destroying the system? How can we disagree and not disengage? How can we speak our truth and not be expelled from school?

Many of the 14 students had written controversial articles for the official student newspaper, The Point. When it was shut down for running features and editorials that the administration thought crossed the line from free speech to disrespect for individuals and institutions, the students published an unauthorized, underground student newspaper called The Blunt.

How can we disagree and not disengage? How can we speak our truth and not be expelled from school?

Even though the “Bluntees,” as they were called as students, were known for challenging university policies and administration, they ultimately chose to stay connected to PLNU. Today, they are known for supporting creative and courageous students who continue challenging campus norms through an endowed scholarship named in honor of their faculty mentors: Noel Riley Fitch, Ph.D., and David Michael McKinney, Ph.D.

Their story of dissent and re-engagement with their alma mater is a rare one, and one that is still relevant today.

How The Blunt Came to Be

The history of The Blunt is connected to social and cultural currents happening in the mid-70s, according to Michael Christensen, Ph.D. (77), who remembers his junior year of 1975-76 as a year for “budding feminism; bolder sexual expression; free speech, and unconventional conversations about drinking and dancing, dorm rules, and dating on campus.”

While many students supported PLNU’s policies of the time related to such issues, others wanted to challenge certain ideas and push the boundaries. Christensen said the co-editors of The Point were “leading voices on the radical edge, seeking to influence policies and promote social change.” The co-editors, Donna Baxter Seaton (77) and Carol Foster-Breeze (77) were particularly interested in issues related to gender bias and double standards. Under their leadership, The Point took on controversial issues, questioned authority, and stirred debate in the fall of 1975.

Before the end of the semester, Foster-Breeze resigned as co-editor to focus on her pre-med studies. Christensen became the next co-editor and took up the mantle of asking hard questions in the spring of 1976. He said that some of the “hot topics” covered that year were whether the “violent Crusader-with-a-sword image” was an appropriate school mascot; whether it was fair that the women’s dorms had curfew hours but the men’s did not; whether the Nazarene anti-movie and anti-dancing rules should be removed from the school pledge; and whether the treatment of students suspected to be homosexual was appropriate. The paper also included critiques and satires about dating and marriage. The satirical humor often added to the controversy surrounding the articles as not everyone understood that such pieces were meant to be tongue-in-cheek.

The students believed it was important to question authority and write with a radical edge, even if it meant risking their enrollment status. While some among the administration and faculty were frustrated with them, others admired their courage and tenacity.

The Point was temporarily suspended by the administration over the controversies it was creating. The paper’s faculty advisors, Riley Fitch and McKinney, resigned from advising student publications in order to support the students and freedom of the press. A new editor of the Point was appointed.  Meanwhile, a group of former Point staff writers and their friends decided to publish The Blunt. The rogue, underground paper continued to give voice to challenging ideas and satires in the spring of 1976.

The students believed it was important to question authority and write with a radical edge, even if it meant risking their enrollment status. While some among the administration and faculty were frustrated with them, others admired their courage and tenacity.

“They all were kids of character,” McKinney said. “They were highly respected, not outliers. They were strong scholars; they were Nazarenes.”

“I’ve got to tell you how impressive those Blunt students were, and what stars they are in the world today,” added Dean Nelson, Ph.D., current director of PLNU’s journalism program.

“They were a unique group of people,” McKinney also said, “ranging from conservative to liberal, who had (and have) brilliant minds, unquenchably creative spirits, [and] a disdain for hypocrisy and superstition.”

“They wanted to improve the school, not tear it down,” explained Carol Blessing, Ph.D., current chair of the Department of Literature, Journalism, Writing & Languages, who serves as liaison to the independent Blunt Scholarship selection committee composed of original Bluntees.

Related Article: How a literature professor’s simple idea grew into a 30 year tradition at PLNU.

As reported in the book For Zion’s Sake by Ron Kirkemo, Ph.D., then-President Shelbourne Brown, Ph.D., questioned the students’ methods but believed their faith and intentions were good.

Nevertheless, after the group published a second issue of The Blunt in 1976, most of the students involved were either “suspended or threatened with suspension and invited to re-apply for the fall,” according to Christensen. Not all of the staff writers of The Blunt returned to Point Loma the following fall.

The Founding of the Scholarship

Despite the consequences they faced, almost all of the original Bluntees participated in the creation of the Blunt Scholarship at PLNU. This is especially remarkable considering that not all of them ended up graduating from Point Loma. Forty plus years later, the group still felt connected to each other and to their common experience at the university, and that’s why they decided to endow what is officially named, “The Blunt Scholar: The Riley-Fitch and McKinney Scholarship for Independent Scholarship, Journalism and Creative Writing.”

“The purpose of the Blunt Scholarship is to support witty, gifted and idealistic students with a radical edge who write and publish their works. The ideal candidate will be someone with intellectual curiosity, who is well read, socially conscious, and who has formed opinions and beliefs that challenge the status quo. Candidates should feel a sense of responsibility to the larger community and have thought about their relationship to it,” says the official description.

The purpose of the Blunt Scholarship is to support witty, gifted and idealistic students with a radical edge who write and publish their works. The ideal candidate will be someone with intellectual curiosity, who is well read, socially conscious, and who has formed opinions and beliefs that challenge the status quo.

When the Blunt group, led by Christensen and Foster-Breeze, proposed and initiated the scholarship, they funded it themselves with a $15,000 endowment. Fans and friends of the Blunt added more and helped it grow to $25,000. A selection committee composed entirely of original Blunt members works with a current faculty member to select and award $1,000 each year to a student who meets the qualifications set by the group. Christensen hopes others who appreciate the group’s ideals will contribute to grow the endowment to $100,000 and allow it to make an even greater impact in the lives of students.

The 2019 Blunt Scholarship recipient was just selected. Emilyn (Emy) Giddings will receive a $1,000 scholarship in support of her writing for the academic year 2019-2020.

Last year’s recipient, Ivey Merrill, explained that, for her, the scholarship provides more than financial support. “It validates writing something that changes people’s perspective or pushes boundaries,” she said. “What’s the point of writing about this stuff if no one is listening? But this proves that people are listening.”

“As Ivey said, it’s validating to have people notice,” said Jordan Hill who won the scholarship in 2016. “But most importantly, to notice, and then give you a thousand dollars.” Hill is now studying creative writing at Florida International University.

Abby Hamblin, the first Blunt scholar, chosen in 2014-15, noted that the financial benefit was truly important to her as a student, along with the support to hone her craft. Hamblin is currently a reporter for the San Diego Union-Tribune. “Receiving this scholarship was a huge help financially, obviously, but it also encouraged me as a journalist. The spirit of The Blunt is about being bold, asking the tough questions, and pushing the envelope. I think these are important character traits – and they certainly are to me as a journalist – so I’m proud to be a part of a group that celebrates these ideas and pushes them forward. As a former editor and writer for the student newspaper at PLNU, I hope it will always be an outlet for critical thinking and objective reporting that shines a light on both the good and bad for the benefit of the community there.”

The spirit of The Blunt is about being bold, asking the tough questions, and pushing the envelope. I think these are important character traits – and they certainly are to me as a journalist – so I’m proud to be a part of a group that celebrates these ideas and pushes them forward.

Ellen Huang, the 2017 recipient also appreciates the sense of community she has found as a Bluntee.

“The Blunt is so refreshing in how it encourages the outsider’s thinking — the quirky, the creative, the strange,” she said. “Being a Bluntee has initiated me into a community of offbeat originals and faithful liberals. You have these protesters and storytellers who remind us not to discredit our stories and art, that we embody movements of faith and love in our unusual ways. There’s something holy in a band of outsiders no matter the age.”

The original Blunt writers set an example for today’s students to follow. They demonstrated that it is possible to object or dissent and still remain faithful to one’s community, church, school or nation. That message is especially resonant today.

“In the end, it’s not about position or status, but example and legacy,” said original Bluntee Lionel Yetter. “We each are pillars supporting the same structure, with no one pillar acting as the keystone. We are unique in our bond, unique in our history, and as a collective class of individuals perhaps unparalleled at Point Loma. The fact that we continue to inspire ever more exceptional individuals such as those knighted into ‘Blunt-hood’ is for me very satisfying, as I’m sure it is for us all.”

Christensen, now an adjunct faculty member of the School of Theology and Ministry of PLNU, added: “As long as there is a need to question authority, challenge the dominant culture, and support satirical humor on campus, as a proud PLNU alumnae, I say, ‘Long Live The Blunt!’”

To contribute to the Blunt Scholarship, please contact the Office of University Advancement at giving@pointloma.edu or (619) 849-2302.

Related Article: From homelessness and couch-surfing in high school to graduating college debt-free.