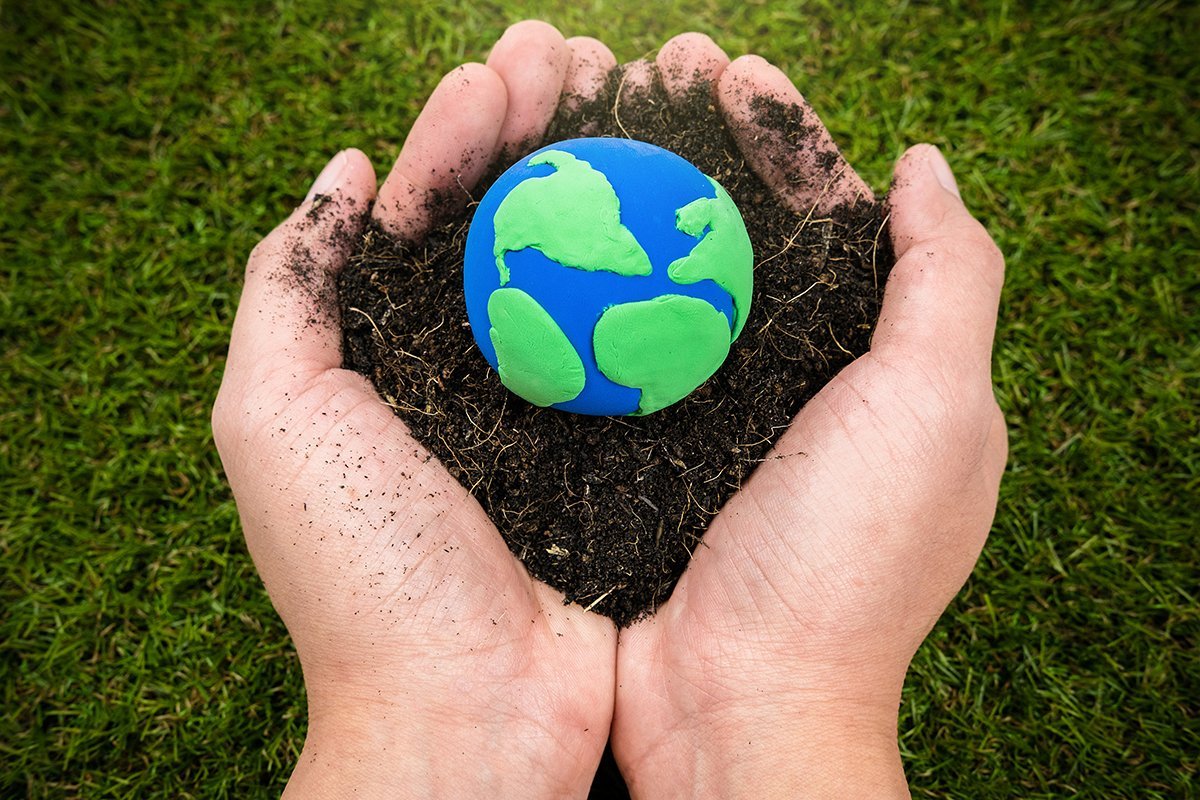 Home Topics Social Issues How Do We Live Like Every Day Is Earth Day?

How can we talk about sustainability in a way that motivates us to keep striving for better, while encouraging others to join us on the journey of caring for creation?

The capstone class for PLNU’s sustainability minor is “Sustainability in Action” — a class which focuses on being the change we want to see in the world. We look for practical changes we can make in our own lives, and how to motivate others to make similar changes. But are an individual’s actions relevant to global-scale issues?


Last summer I took the plunge and started biking to work. For six months I left my house a few minutes earlier than normal, completing my 11-mile commute to work on an electric bike instead of a car. Besides getting some extra exercise, each day that I bike to work conserves over a gallon of gasoline. But how much difference does that really make?

Anyone who desires to change the world has to reconcile two seemingly contradictory truths:


It’s hard to remain motivated to create positive change when we can’t see the impact of our efforts. The fossil fuel industry won’t notice the gallon of gas I saved by riding my bike. The atmosphere won’t miss a few pounds of CO2 when humanity emits, according to National Geographic, 100 million tons per day. Skipping a straw or bringing reusable utensils won’t make a dent in the 400 million tons of plastic which we, according to a 2017 study from the University of Georgia, consume each year.

In the face of staggering numbers like these, how does an individual remain hopeful and engaged in making a difference? And how do we as Christians make a meaningful effort to be stewards of God’s creation?

Related: When protecting the sacredness of creation becomes a calling. 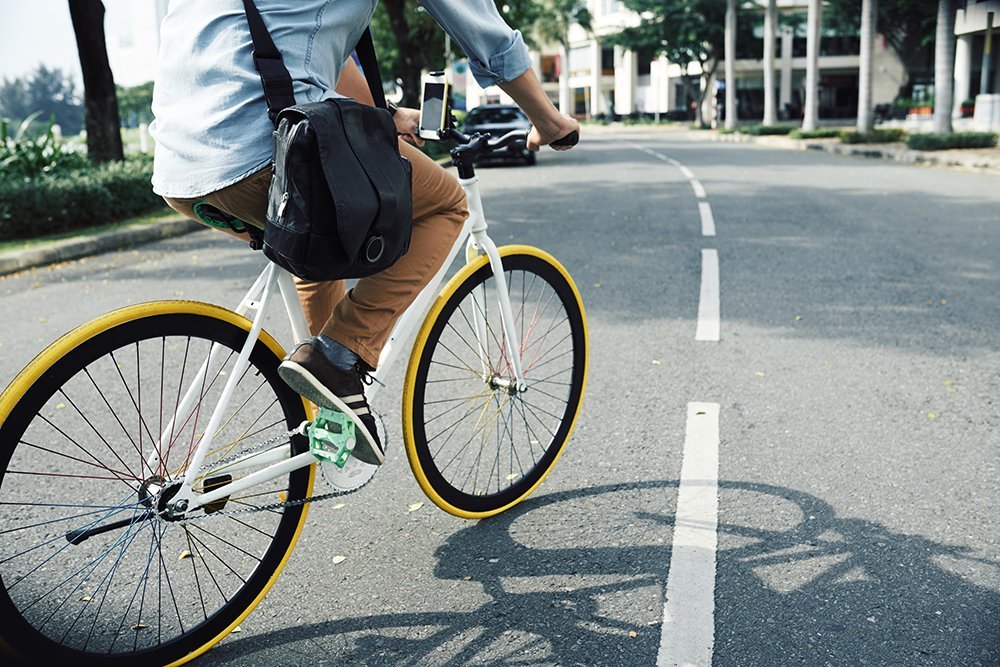 Everett Rogers, Ph.D., a communication theorist and sociologist, developed the diffusion of innovation theory to describe how ideas and technologies spread. A small percentage of the population is known as innovators — people who are willing to try out new and unproven ideas. They are followed by early adopters, early majority, late majority, and, finally, laggards. Rogers explained how people are introduced to a new idea, become interested, and eventually try it out.

Actions like biking to work, forgoing a straw with a Coke, bringing a reusable coffee cup, or switching to an earth-friendly diet make little impact in and of themselves, but by living them out we help these ideas spread throughout society. Early adopters won’t experiment unless they see a core group of innovators living it first. Likewise, the early and late majority won’t risk it until they see it grow among the early adopters. 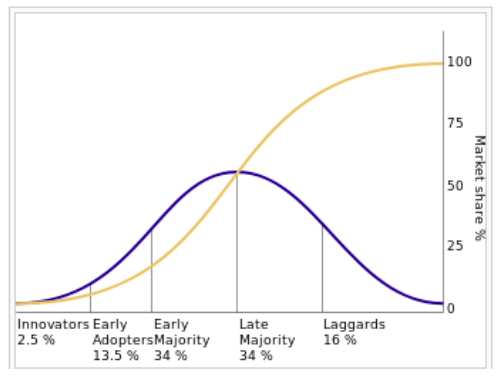 A recent example is the rise of vegetarian, vegan, and “flexitarian” diets in the U.S. While exact statistics are difficult to come by, these dietary choices have clearly moved beyond the innovators stage and are reaching the early adopters. Each person who publicly adopts these dietary choices makes it more socially acceptable for others to consider it.

Paradigm Shifts to Live Like Every Day Is Earth Day

Many products and services promise convenience and ease. However, convenience often comes with a high environmental cost. A so-called disposable plastic fork, which saves a few seconds of dishwashing, will, at best, sit in a landfill for hundreds of years. At worst, it may end up in our streams or oceans, causing the death of fish, sea turtles, or other marine animals. Since most plastics can not be truly recycled, but only downcycled into a lower-grade plastic, there is no way out of the convenience trap other than to consume less of these products.

With the common mantra, “reduce, reuse, recycle,” the order is crucial. It is always better to reduce consumption, or to replace with a reusable product, than to recycle a disposable one.


Tackle One Issue at a Time

There is tension between the need to quickly lighten humanity’s impact on the earth, and the need for these changes to be sustained over the course of a lifetime. Planetary-scale systems are slow to be damaged but also slow to recover. Even if we were able to stop all inflows of plastic into our oceans tomorrow, it would still take decades for the existing plastic pollution to clear up. We need to not only reduce the amount of so-called disposable plastic we use, but sustain that new level for a couple of generations while the oceans recover.

A lifestyle shift that reduces your ecological footprint by one percent but which you are able to maintain for a lifetime creates more positive change than a 25 percent reduction you only maintain for a few months.

Over time, these small changes build to create an even larger impact. One of my students last year challenged herself to reduce the plastic packaging she used by buying bulk almonds and making her own almond milk at home. While the impact of this specific change was small, it led her to discover further food-related changes she could implement to make a bigger impact.

Small, lasting changes are more compatible with the diffusion of innovation theory discussed above. Friends and co-workers will be more positively impacted, and more likely to try out for themselves, small changes they see you maintain over a long period of time. 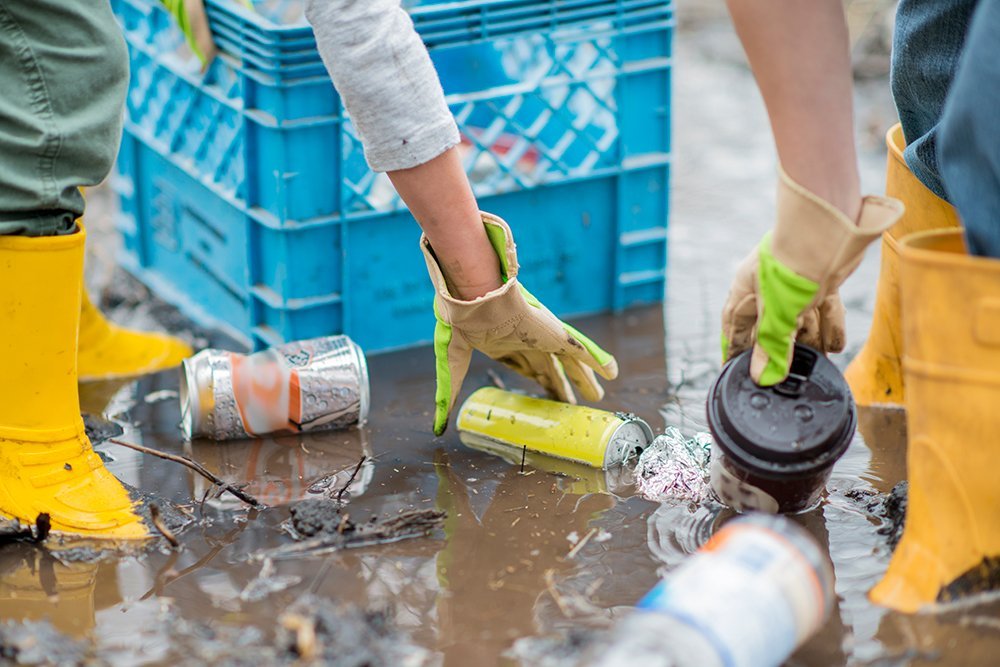 Poverty and Ecological Damage Are Linked

Ecological damage is both a cause of poverty and a result. The San Diego based NGO, Plant With Purpose, works globally at the intersection between poverty and the environment, building economic empowerment, environmental restoration, and spiritual renewal for the rural poor. PLNU alum Corbyn Small (08), explained the close relationship between poverty and the environment: “Often, we think about poverty and environmental issues as separate challenges. Globally, though, 85 percent of the world’s poorest people live in rural areas and most rely on agriculture to subsist. Farming families rely on their soil to provide for their families and when it erodes or weather patterns change, it pressures them to cut forests to sell the wood and make room for more crops. That deforestation leads to soil erosion and decreased crop yields which bring further deforestation. It is a vicious cycle.”

“Often, we think about poverty and environmental issues as separate challenges. Globally, though, 85 percent of the world’s poorest people live in rural areas and most rely on agriculture to subsist. Farming families rely on their soil to provide for their families and when it erodes or weather patterns change, it pressures them to cut forests to sell the wood and make room for more crops. That deforestation leads to soil erosion and decreased crop yields which bring further deforestation. It is a vicious cycle.”

Farmers are impacted not just by their local environment, but also from behavior around the world. Global carbon emissions drive increasingly erratic weather patterns that impact the poorest amongst us the most. We can directly engage with helping the poor both by using natural resources well at home as well as by supporting organizations like Plant With Purpose that work around the globe. Stewarding our environment is an issue of ecology, human rights, and faith. 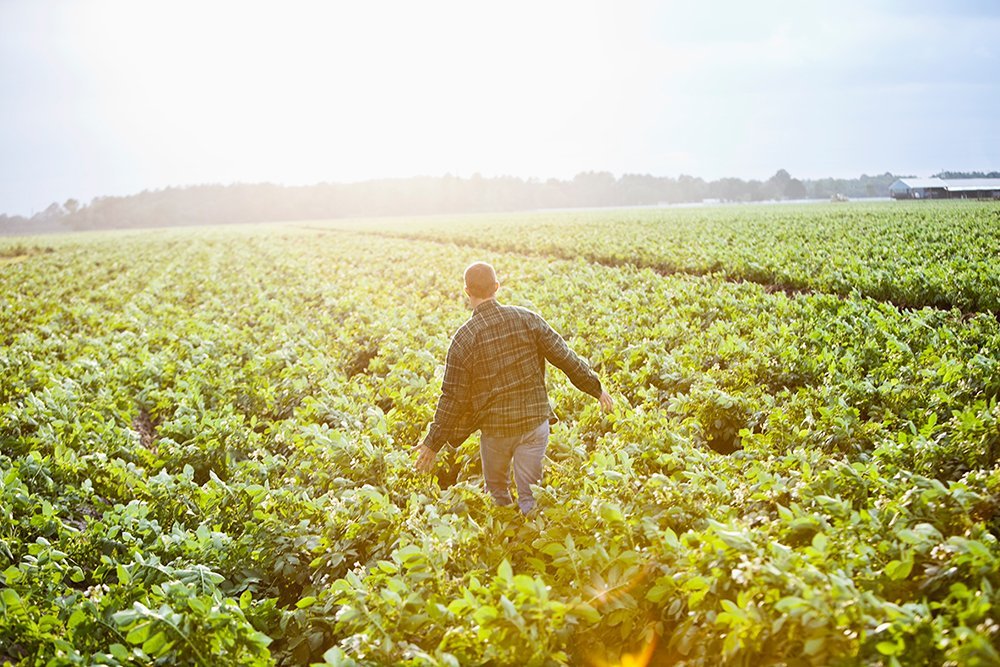 Stand for — Not Against — Something

While angry messages spread faster on social media than positive ones, they are not as effective as positive messages in creating behavioral change. Documentaries such as Chocolate, The Bitter Truth, and Before the Flood contain powerful imagery of human rights abuses in chocolate production and rainforest destruction due to palm oil production. These images can be a powerful force to start a conversation about the damage caused by these industries. But the real power comes when those images are paired with an actionable message about an ethical alternative.

The first is more likely than the second to motivate you or your friends to put your knowledge into action at the grocery store. There may be times where the second message is necessary to make a stubborn company change their errant ways, but the first message is far more effective in motivating you and those around you to make better choices on a daily basis.

An Act of Faith

Leading a more earth-friendly lifestyle is, for me, an act of faith. Each small act of restoration — whether that’s picking up litter, planting a tree, building a compost pile, eating a vegetarian meal, or reducing fossil fuel use — embodies our roles as stewards of God’s creation.

Pastor John Mark Comer has expressed it this way:

“You were made to do good — to mirror and mimic what God is like to the world. To stand at the interface between creator and creation, implementing God’s creative, generous blessing over all the earth and giving voice to the creation’s worship.”