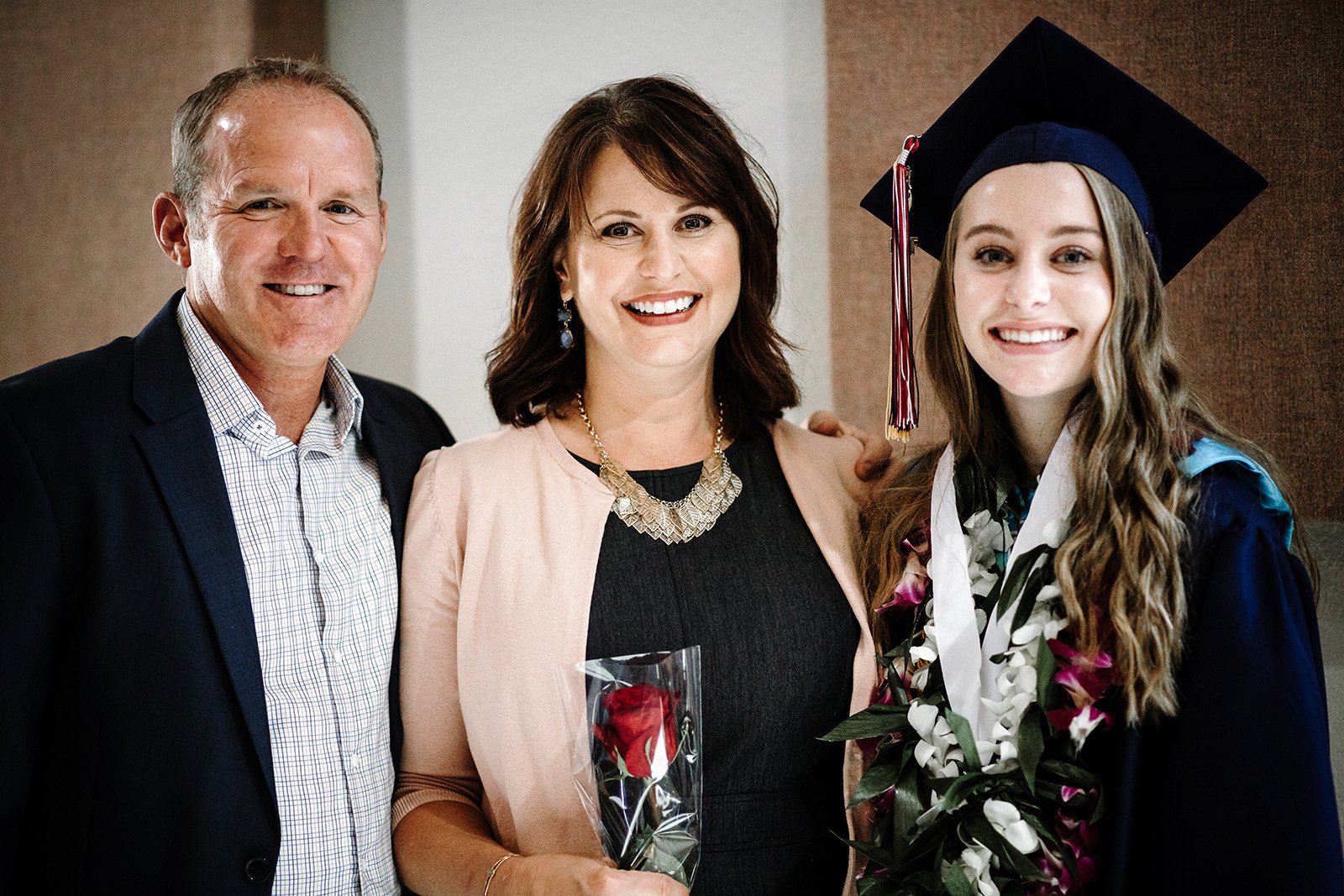 Working in local government had never been on Kristal Jabara’s (92) radar for career aspirations. “Absolutely not,” she emphasized. “I’m such an introvert — a total, total introvert.”

After eight years serving as a city councilmember for the City of San Marcos in San Diego’s North County, though, she has now worked as the community relations director for County Supervisor Jim Desmond since fall 2019, totaling almost a decade in politics. Looking back, Jabara’s career path was perhaps unexpected, but she knows God called her every step of the way.

Jabara grew up as an only child in Carlsbad on the coast of North County, where she graduated from Carlsbad High School at 17. Not quite ready for a four-year college — and not even sure what she wanted to study — she attended MiraCosta College for a year, deciding to pursue a career as a teacher. Jabara had the full support of her parents, as neither one had gone to college (her mom didn’t have the financial opportunity, and her dad had gone into the military). But they tried to steer her toward less expensive college options (i.e., San Diego State University) to complete her degree instead of Point Loma Nazarene University.

“[SDSU] was just too big and too overwhelming,” she said. “It was just kind of a gut thing — I just knew I didn’t want to go.”

So she laid out the case for Point Loma: The SDSU teaching program was so impacted that it would take much longer for her to complete her degree. “I said, ‘I promise you I will finish and not go past four years. If I promise to get it done in that time, it’ll actually be cheaper for you because it’ll be less time.’ And they said OK.” Jabara kept her word — she took 18 or 19 units per semester, worked part time, took summer classes, and earned a liberal studies degree in three years at PLNU and then credentialed for one more year.

Throughout college, Jabara had worked for the escrow company owned by her mom. She used her teaching degree for a year before realizing it wasn’t for her and that she was actually fascinated by the real estate world. She got a job selling commercial and residential title insurance and eventually purchased her first home in San Marcos.

While Jabara was working in real estate, some local business leaders approached her about joining the Economic Development Corporation, a nonprofit arm of the city that promotes business growth and retention in the city. “I was passionate about making sure businesses were attracted to San Marcos and had all the resources they needed to grow their business and retain their business in San Marcos,” she said. “It was kind of already what I was doing work-wise, and it was a perfect mix.”

Becoming involved with local government happened slowly yet naturally for Jabara, as she said yes to one commitment after another. “I had no plans whatsoever to go into politics,” she said. But — as is the case with so many things — “once you volunteer for one thing, and you show up and you do the work, people ask you for more.”

Jabara also sat on the budget review committee, though budget wasn’t necessarily a passion of hers. There, she learned a lot about how government finance (vs. public finance) works, something that aided her while she was on city council. During that time, she stopped her full-time work to stay at home with her daughter, Hannah, and was appointed to the planning commission due to her background in land development. Sitting on three different committees for the city, getting more and more involved in politics, Jabara’s heart began to shift toward serving in an elected office.

Jabara was on the Budget Review Committee 2008-09 as the nation was heading toward an economic downturn. The city manager prepared the city’s budget to weather the coming economic storm and presented it to the committee, who then approved it and took it to the council for a vote to adopt.

“The $60 million city budget was coming down to numbers like $1,200 line items,” she said. One councilmember in particular, she witnessed, voted against the balanced budget because of a stipend that was removed for a committee he chaired, one which never met and hadn’t used its stipend in years. “And I thought, ‘That’s just wrong. It’s public service. You’re serving the community that elected you, and you just put your needs ahead of everyone else who lives here.’” Seeing the actions of that one councilmember led her to then prayerfully consider running for a seat on the San Marcos City Council herself.

“I kept saying, ‘God I am not a leader,’ and I kept hearing back, ‘No, you’re a servant.’” This back-and-forth dialogue and prayer with the Lord continued for months until one day in church it clicked: “All of a sudden I went, ‘I’m a servant. And that’s a public servant. That’s what that job is!’”

“I kept saying, ‘God I am not a leader,’ and I kept hearing back, ‘No, you’re a servant.’” This back-and-forth dialogue and prayer with the Lord continued for months until one day in church it clicked: “All of a sudden I went, ‘I’m a servant. And that’s a public servant. That’s what that job is!’”

Jabara knew if God wanted her in the role, she was willing to put in the work. “I’ll get up every day and I’ll say, ‘Your will, your way.’” Before she was in office, no one had defeated an incumbent, and only two women had ever served on San Marcos City Council. When Jabara won, it just confirmed for her: “That’s where I was supposed to be.”

Jabara served from 2010 to 2018, and the timing worked well for her personal life — she’d left her title job because of the hours it kept her away from home and her daughter, and serving on city council was a part-time job (it came with benefits and a small monthly stipend). During those years, she helped lead the city through the Great Recession, helping to balance budgets and put the city in a stronger financial position than before. The most challenging part of serving as a city councilmember was the public criticism — it was hard on her family — but the most rewarding was inspiring young people to get involved in their communities. “Explaining to them, ‘Just step up and volunteer,’ all I did was volunteer for things, and look where I ended up,” she said. “This was not my original path — I didn’t plan it — but you can do pretty much anything you want to do if you just kind of say yes.”

Looking back, Jabara acknowledges the role PLNU played in her life, even though she didn’t pursue a career in what she studied. It wasn’t necessarily in the knowledge she gained, but in her decision-making ability. “When I would get to the point where I didn’t know what to do, and most of what I do impacts people, I would always go back to, ‘OK, what’s the greatest commandment? Love God, love people.’ And I feel like I learned that at Point Loma.” Professors modeled that mindset in their lives, even when they walked through struggles, she says. “You could see that they always landed in ‘love God, love people.’ And that has carried through my entire life.”