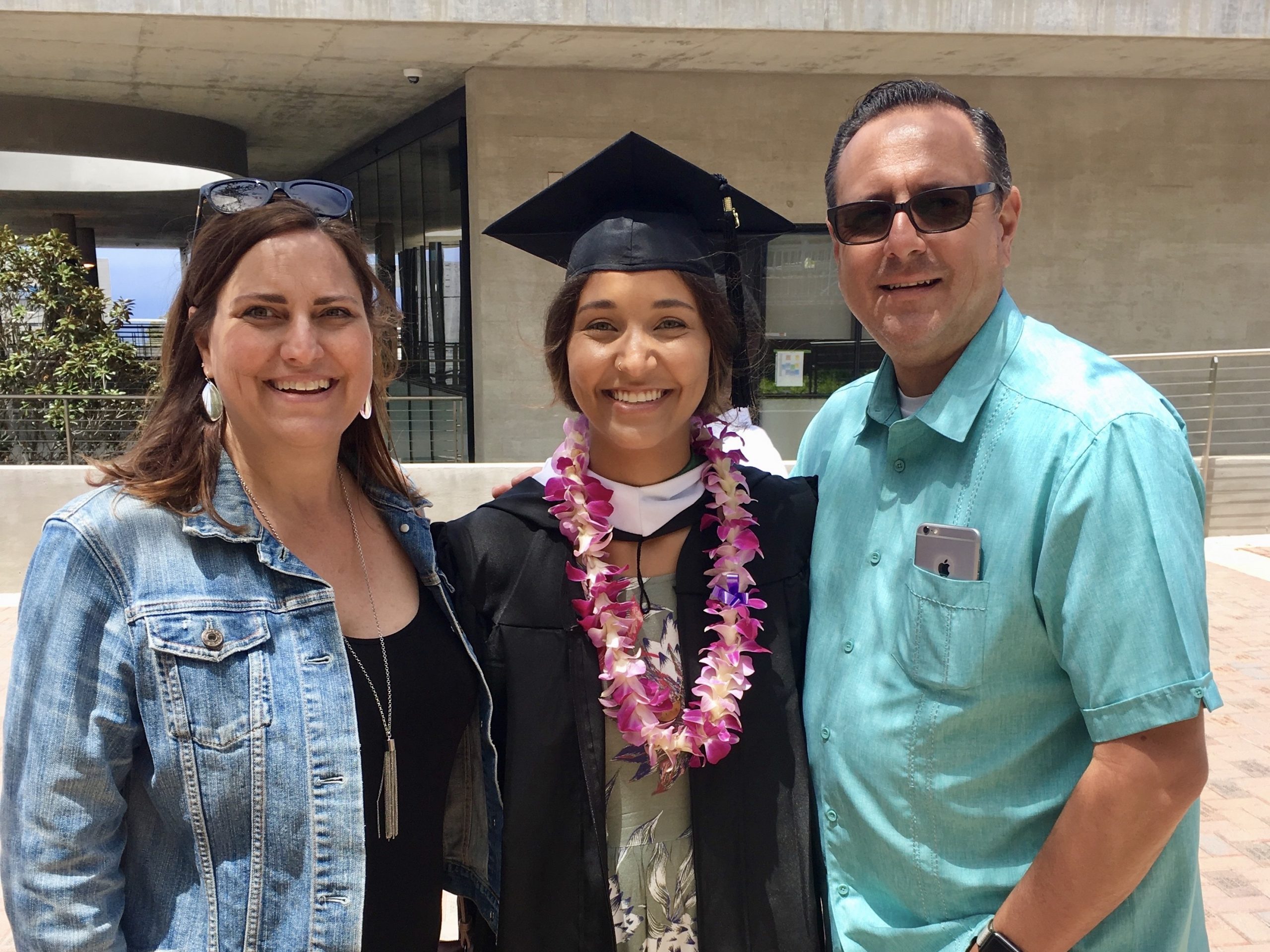 A sneak peek into my years-long journey with some practical steps that might help you, too.

Step one: Make a vow

This might seem a bit over the top for you, but honestly it was the most important step for me. When I felt compelled to start speaking up about racism, I made a vow to myself and to God that I would never, ever, ever in my life allow someone to make a racist comment or joke in front of me without calling them out. This was a commitment. I wrote it down. I needed to hold myself accountable.

Step two: Ease into it

A couple months after making my vow, I found myself sitting in a room with two of my white family members when they started making and laughing at an incredibly racist joke toward Black people. I was so uncomfortable that I wished the couch I was sitting on would just swallow me whole and make me disappear.

Instead of jumping the gun and speaking up in the moment, I waited until I was one-on-one with one of the two who were laughing and joking. It was important for me that my voice wasn’t outnumbered. I said to this person, “Hey remember a couple hours ago when you and _____ made that joke about ghetto Black girls? Well, I’ve been doing a lot of thinking about my own experiences with racism and honestly, I just wasn’t comfortable when you made that joke. I’m just really trying to figure myself out, and given the current state of the world, I think it would be best if y’all toned it down with the racist jokes.”

I was met with denial and defensiveness, to which I responded, “Regardless of what you meant in the moment, I’m just asking that you not do it anymore.” The conversation basically ended there. We sat in silence for an absurd amount of time.

Step three: It doesn’t always have to be a conversation

I think there’s a misconception that all this stuff is so exhausting that it will always require a three-hour conversation. But that is just simply not the case. Out of curiosity one day, I asked one of my favorite and closest white family members who they’d be voting for in the 2016 election. When they told me they’d be voting for Trump, I simply listened. I didn’t tell them why I thought that was a horrible idea. I just sat still.

I was experiencing a deep hurt when the word “Trump” came out of this person’s mouth. Trump’s motto, “Make America Great Again,” was specifically hurtful. For Black people in the U.S., America has never been great. If anything, America is slowly progressing in the direction of more freedom and more rights for Black Americans, so the mere thought of reverting any part of our government back to any period of time before today is a nightmare. But I knew this wasn’t an appropriate time for me to speak my piece. I knew that one day in the future I would want the person to sit still, without defense, and listen to what I would have to say, and that was a moment I knew I needed to earn. So I didn’t express my concern in their vote at that time, and I definitely don’t regret that decision. This person wouldn’t have been ready yet to receive my perspective. It was going to take a lot more time.

At Thanksgiving the following month, I invited my Black cousin and my Mexican best friend to spend the weekend with my white family. I quickly regretted my decision when my white family members seemed to uncontrollably rattle off racist remark after racist remark after racist remark. Instead of angrily screaming at them like I wanted to all weekend, I silently wrote the comments down. By the end of the weekend I had a list in my phone of phrases like: “Blame it on the Mexican!”; “You might’ve been a single mom on welfare, but at least you aren’t Black!”; “Wow, usually the shadow is the darkest thing in the room!”; “Hola, amigo!”; and the list went on.

Watch Now: M’Lynn Martin and Orin Mozon share how we all have a role in creating a more just world.

A few days after Thanksgiving, when we were in a neutral location and far removed from the context, I sat down one-on-one with my white mom, who was present all weekend and even said a couple of the things on my list. When we sat down, I read back to her every single racist remark I had written on my list. Because we were a few days removed, she didn’t have the emotional context to defend any of their actions. All she had were these atrocious words now being read back to her. Tears were streaming down her face, and she apologized profusely. I asked her to speak to the other white adults in my family and let them know that:

By the time Christmas rolled around, the whole family knew where I stood. They knew that I wasn’t okay with racist jokes, comments, sentiments, etc., and they knew I wasn’t gonna let any of it fly in my presence. Many of my family members adjusted quickly to my request that the racist jokes come to any end. Others did not. One in particular (one of my favorites, at that) just couldn’t stop themselves from saying racist things every time I saw them. My confrontation toward them looked like this:

“Really? You’ve known me for over 20 years, and you’re still surprised I’m Black? Get over it.”

“I don’t like it when you make those jokes.”

“Are you kidding me?”

*Insert evidently pissed off facial expression next to every quote*

On one particular occasion, I was driving to help a few family members move some stuff into a new apartment. I knew that particular family member, the one who wouldn’t stop making racist jokes, would also be there. I was looking forward to seeing them because they’re genuinely one of my favorite people on the planet, but I also had a lot of anxiety. I had yet to experience a single visit where they hadn’t negatively brought up the color of my skin, and, honestly, my heart had just taken enough. I decided on my two-hour car ride that if this person made another racist joke about me or in front of me, I was going to give them an ultimatum. They had to stop making racist jokes, or I would not continue to have a relationship with them. This was no easy decision because I love this person so immensely, and I know they love me, too! But I couldn’t keep hurting myself by staying in an abusive relationship.

Sure enough, they said something racist. My response was this: “I don’t understand why you do this. You say that you love me, but you continue to hurt me by saying these things. I have asked you repeatedly to stop making these jokes, and you won’t do it. If you make another racist joke in my presence, I will not continue this relationship. I will not come to see you; I will not talk to you. I can’t do it anymore. This hurts so bad because I love you so much. But I can’t keep hurting myself in this relationship.”

I gave that family member an ultimatum in the spring of 2017. It’s been three years since that day, and they haven’t said a racist thing in front of me since. Don’t get me wrong, I still question A LOT. When racist jokes flow out of a person’s mouth that easily and that consistently, it makes you wonder how they really think and feel about people of color.

Speaking up is scary, but the belief that racism is unstoppable is even scarier.

But regardless of the things that I don’t know, here is what I do know: This person made a change. In fact, so did every single one of the white family members I care about (yes, there are some distant ones I don’t care about, and the Lord is really working with me on that). Some changed in very miniscule and small ways, but some changed in massive ways!

Listen, y’all change is POSSIBLE. It’s ATTAINABLE. It will take TIME. These steps were just in the first year. But in the second year, some of my family members developed a curiosity to learn more and grow more. Before I began speaking up, I had family members boycotting Ben & Jerry’s because they support #blacklivesmatter. Now some of those same family members are marching with me in the streets chanting “BLACK LIVES MATTER” at the top of their lungs and guzzling Ben & Jerry’s by the pint! Speaking up is scary, but the belief that racism is unstoppable is even scarier.

You have a voice. Use it.

M’Lynn Martin (18) studied Biblical Studies during her time at PLNU and is currently earning her MA(TS) from Nazarene Theological Seminary. She works in student ministries at New Life Community Church in Pismo Beach, CA.

Renate Chancellor and Social Justice in the Library Sciences

Gen Z is ready to change the world. They just need you to let them.

Art as Advocacy: Elaine Giles imagines a world where all can flourish