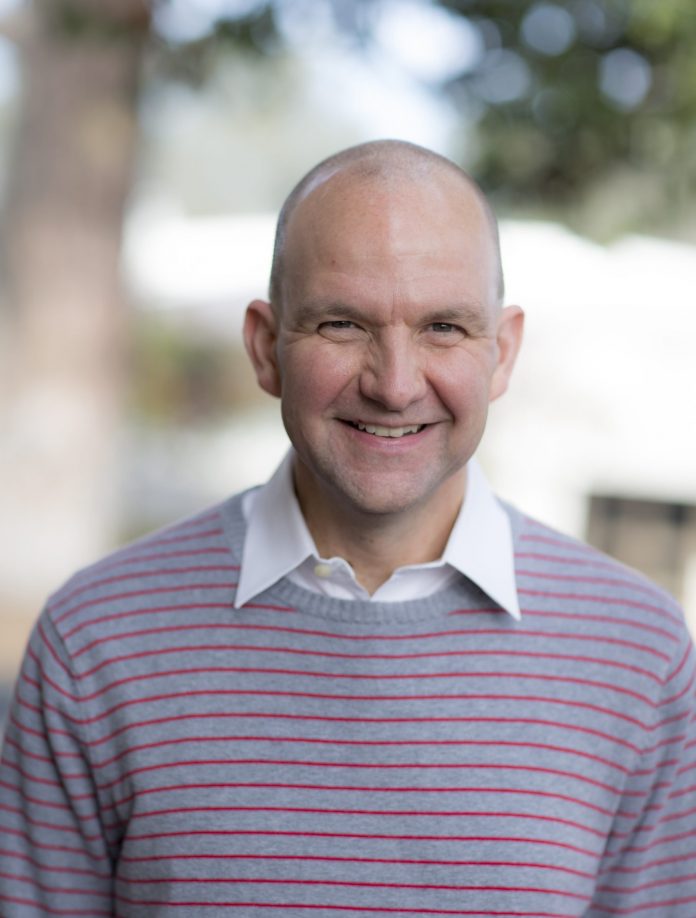 Brad E. Kelle, Ph.D., professor of Old Testament and Hebrew in the School of Theology and Christian Ministry at PLNU, has released a new book entitled The Bible and Moral Injury: Reading Scripture Alongside War’s Unseen Wounds (Abingdon Press, 2020). The title alone prompts several questions, so Kelle (also an ordained elder in the Church of the Nazarene) talked with the Viewpoint about this new book.

VP: What inspired you to take up this project? What is your own personal experience with the topic of moral injury?

Kelle: For a long time I had been working (and wrote a couple books) on warfare in ancient Israel and the Old Testament, as well as the use of trauma theory for the interpretation of biblical texts, especially those in the prophets associated with Jerusalem’s destruction by the Babylonians and subsequent exile in 586 BCE. While working on those matters, I started to come across references to “moral injury” as related to but still different from trauma. I began to sense that this might also provide interesting insights for interpreting biblical texts, especially those related to violence, warfare, and destruction.

VP: Before we go any further, what is moral injury?

Kelle: A non-physical wound (an emotional or psychological pain) that results from the violation of a person’s core moral beliefs — about oneself, others, the world, or even God. Importantly, this violation can come from one’s own actions. But it can also result from the actions of others that affect you or that you witness, especially when someone in authority betrays their obligation to act in moral and ethical ways (or forces you to do the same). Even though it feels new in some ways, there’s already been considerable use of the Bible in works related to MI in fields such as psychology, military studies, moral philosophy, and, of course, Christian theology and pastoral care and counseling. Additionally, happily, there’s also a small but growing number of works within the specific discipline of biblical studies that have recently engaged elements of MI in dialogue with biblical interpretation.

An excerpt from the book says that we can use this moral injury lens to interpret the biblical texts in new ways: “We can become attuned to characters and stories that resonate with issues raised by moral injury — characters who display the characteristics of violating their moral conscience or experiencing betrayal, and stories that illustrate the consequences of and attempts to deal with these experiences.”

VP: Do you have any examples of biblical stories we can look at through this moral injury lens?

Kelle: The story of King Saul (1 Samuel 9-31). Among biblical interpreters, King Saul has often been interpreted as a psychologically disturbed or tragic figure. But insights from moral injury suggest that we might read his story as the tale of a morally wounded warrior showing the effects of moral trauma on character, social trust, and personal survival. Perhaps the opening events of his reign in 1 Samuel 12-15 reveal experiences in which Saul suffered moral injury—most notably in his encounters with the authority figure Samuel. And might we then view the king’s problematic dispositions and increasingly unstable and violent actions across the remaining chapters in 1 Sam 17-31 as consequences of moral injury—negative changes in ethical behavior and attitudes, loss of spirituality, reduced trust in others and social contracts, and feelings of guilt and shame.

As we consider the dialogue between the Bible and moral injury, we study war and its injuries in order to work for peace and its possibilities.

VP: How does this change how we read this story?

Kelle: In Saul’s story, the consequences of MI manifest themselves as failed relationships with his daughters and son, distrust of his own men, suspicion of and violent rage against innocent bystanders, a spiral into despair and isolation, and, ultimately, a battlefield suicide.

The full impact of this is explained further in the book, “The goal of such interpretation isn’t to hide from these realities of war, but to face them full-on with the hope of moral repair. As we consider the dialogue between the Bible and moral injury, we study war and its injuries in order to work for peace and its possibilities.”

The interaction between these two topics is an important one — learning more about what it means to be human — and one that Kelle is inviting us to explore in this new book.