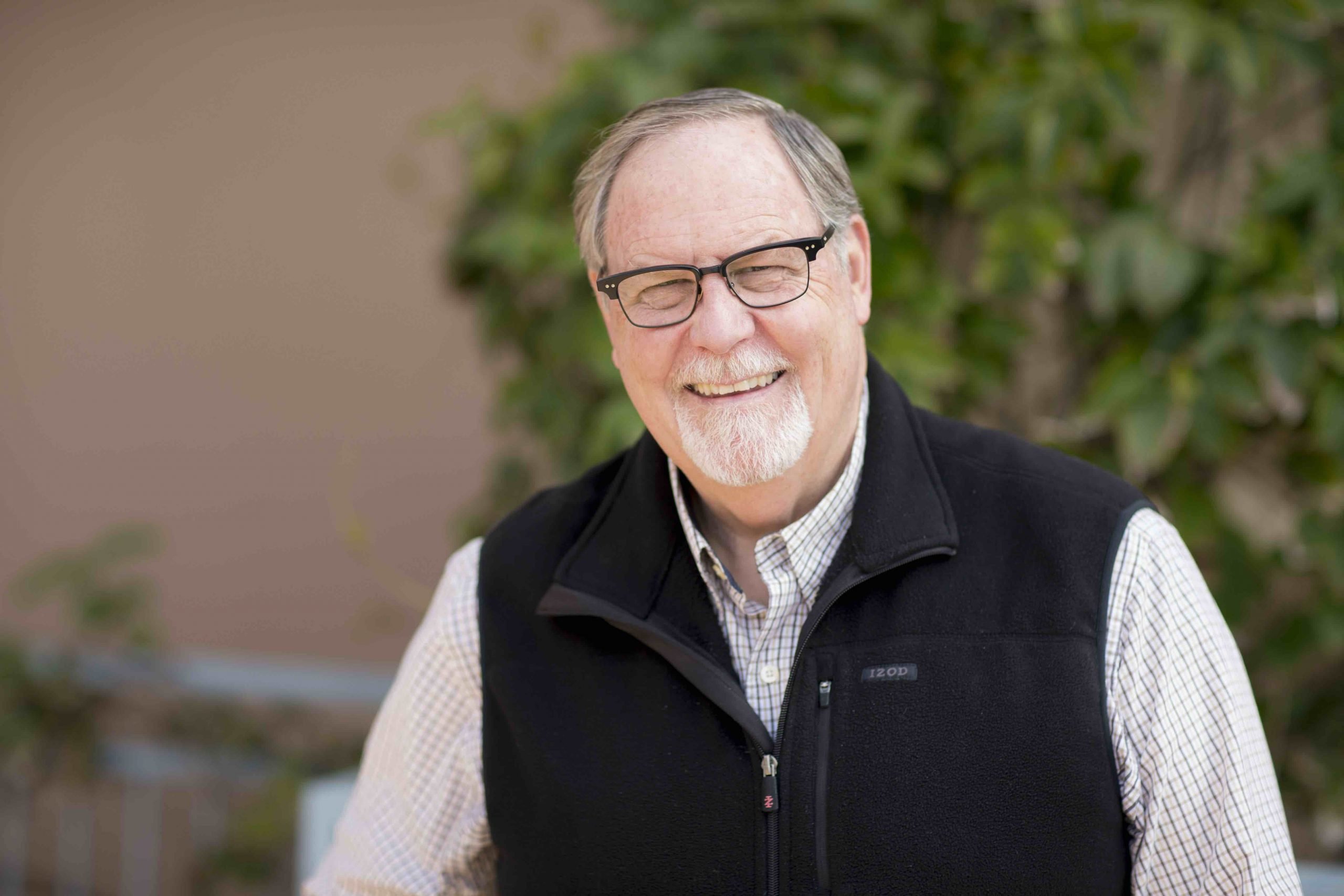 Since the 1970s, public elementary and secondary schools have been required by law to provide special education services to students with disabilities. In California, about one in eight students receives special education services. Some have comparatively mild conditions such as speech delays or impairments while others require assistance with most daily tasks. Thanks to the tireless championing of people like Jim Johnson, Ed.D. (70), students are able to receive the assistance they need to pursue their education.

Johnson is an expert on autism and sensory-motor integration disorders, and he was involved in helping write the current laws that serve all students with exceptionalities. Prior to his years as a professor in both the School of Education and the Department of Psychology at PLNU, Johnson served as an administrator in the public school system. During those years in Sacramento, he helped write special education law and was involved in many legal cases from across the state involving students with special needs. The cases often dealt with issues of inclusion. Johnson testified and provided counsel as the Association of California School Administrators (ACSA) representative to the state legislature, as SELPA director (Special Education Local Planning Agency), and as a state legal representative. Johnson became renowned as a legal expert in disability law – so much so that he was even asked to co-teach a course at UC Berkeley School of Law with the chief counsel from the California State Department. He continues to serve as a legal expert and witness today.

Johnson’s motivation came from his deep faith and love for the students.

“I was focused on advocacy and care for the students,” Johnson said. “This has been my ministry and a marginalized population I have focused on serving.”

Johnson’s passion for relationships has been lifelong. When he was a student at Point Loma (Pasadena College at the time), the people he met had a profound influence on him.

“As I look back at Point Loma, those four years were foundational spiritually and relationship-wise, which I didn’t fully realize at the time. That’s one of the reasons I came here [to serve as a professor] in 1991,” he said.

After graduating with a double major in English and physical education, Johnson went on to earn his master’s degree in supervision/curriculum, also from Pasadena College. He then earned his doctorate in special education/administration with a specialization in learning and behavior disorders from USC. He is also ordained as an elder in the Church of the Nazarene.

Johnson served in public education for almost 20 years in Sacramento. When he received the opportunity to teach at PLNU, he felt it was a “calling.” Johnson taught as a professor in both the School of Education and the Department of Psychology, teaching both undergraduate and graduate level courses. Among them were Foundations of Special Education, Psychology of Personal Development, and Philosophy of Education, which he said “was really a life purpose course.” He retired in 2018 but continued to teach through spring semester of 2021 in psychology.

Because of Johnson’s background, experience, and research of the brain, he enjoyed building learning theories into his courses as well as helping other professors build courses and syllabi in cogent ways that served students well. He served on numerous academic committees, including the Academic Policy Committee and several committees devoted to technology, hybrid, and online learning.

“I was focused on advocacy and care for the students. This has been my ministry and a marginalized population I have focused on serving.”

In addition to his own research on sensory-motor integration and effective practices for people with autism, traumatic brain injuries, and attention disorders, Johnson also enjoyed supporting student research. Memorable projects included presenting a weeklong clinic on neuroscience and working with special populations in the Czech Republic, which led to a published article, co-authored with a student named Daniel. Another project was working with a student named Kristen, who had ADHD, to create an internationally recognized model of service and understanding for ADHD. They were honored to present together at an international conference of educators in London, England.

Many students at PLNU benefitted from Johnson’s knowledge of brain learning theory and of working with special populations. He not only taught future special education teachers but helped many students overcome their own challenges while attending PLNU. He helped create a Peer Mentor Program, now run by Dr. Denise Necoechea since his retirement, that assists students with sensory-motor integration challenges. Peer mentors provide needed emotional encouragement and academic support with cognitive, memory, and processing needs often not necessarily covered with traditional accommodations.

“When it came to hosting Special Olympics, the secret to the continued success was the students,” Johnson said. “Unique to the PLNU campus hosting experience was the creation of a student leadership team, and they planned for a year together, managing everything.” Student volunteers created publicity, garnered donors and sponsors, designed a webpage and social media plan, organized logistics, and trained and led over 500 volunteers each year. “For what purpose? To show Christ to a special population and our community. Loma athletic teams and clubs were involved and volunteers most often shared they learned and received much more than they gave.”

Johnson and colleague Susan Rogers, co-chair of the Department of Sociology, Social Work, and Family Sciences, partnered with the track meet and also another special event – the annual DS Action Easter Egg Hunt, which provided a time of fellowship for families with children who have Down Syndrome. Families and local city and county officials gathered each year coming from across the San Diego County area to the annual campus event. PLNU students served as special friends to the children and helped lead the event.

Another of Johnson’s contributions to people at PLNU and beyond has come through his investment in Gallup Strengths-based initiatives. Johnson is a certified coach, and was named one of Gallup’s Top 20 National Educators, serving on the Gallup National Strengths Education Advisory Board. He has helped pastors, professors, students, and many others learn what their God-given strengths truly are and how to use them more effectively.

“The focus is really on two basic issues in life – our identity and life purpose,” Johnson said. “We are all unique in the way God created us. Strengths help us better understand our purpose in life and what God created us to do and be.”

Although he is fully retired from PLNU as of this fall, Johnson continues to use Gallup Strengths in his consulting organization, Driven by Principle. The organization, which Johnson founded 12 years ago, offers strengths and leadership training for faith, educational, and business leaders. Through Driven by Principle, Johnson helps people develop and understand their life purpose and strengths. His own life purpose statement reads: “I humbly seek by God’s grace to live with integrity in all ways, helping people become aware and comfortable with their strengths and who God uniquely made them to be (identity) and by helping them be effective in what they do best (purpose).”

He has also turned his attention to a new endeavor, a ministry called the Network of Professors with Biblical Perspective. This ministry was born out of a commitment to living, teaching, and sharing with others in faith universities and churches “an orthodox holiness Biblical perspective.” Fellow professors, colleagues, and leaders within higher education from across the nation began contacting him about developing a support network. Like them, he believes in the true and full authority of God’s Word, and Scripture’s ability to impact people’s lives each day. The Network is in support of faith leaders and professors in their respective institutions to stand firm in living and teaching with a true orthodox, holiness Biblical perspective.