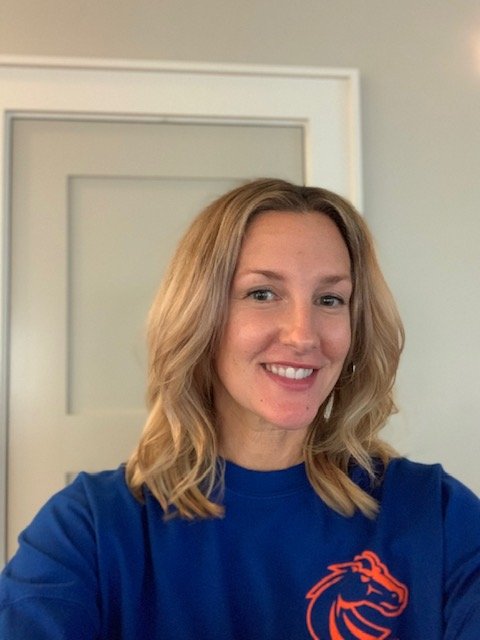 Joelle Powers, Ph.D., (98) didn’t know going to Africa would set the course of her life. She signed up for a short-term mission trip with Point Loma Nazarene University’s LoveWorks program with the intention to serve God and others. While she was in Zambia and Zimbabwe, God used the opportunity to open her eyes to the realities of global poverty and to stir in her a desire to spend her life addressing issues of social justice and poverty.

“The trip to Africa was the first time that I saw poverty and social injustice to such an extreme,” she said. “It changed my world view and the trajectory of my career, certainly, and my life. I decided to dedicate my life to social justice and serving people who are vulnerable.”

Still, she wasn’t sure how she wanted to translate her desire to help people into a career path until she took an introductory social work class her senior year.

“The course was a perfect fit for my heart and beliefs,” she said. The professor talked with Powers about careers in social work and encouraged her to apply to a master’s degree program after graduation. Taking her professor’s advice, Powers applied to San Diego State University. The program challenged her but continued to feel like just the right fit.

“I decided to dedicate my life to social justice and serving people who are vulnerable.”

After completing her master’s, Powers worked as an elementary school social worker, serving children with behavioral health challenges and disability diagnoses, especially those with autism spectrum disorder. Although she enjoyed the work, Powers felt frustrated by a lack of affordable interventions available for teachers and families.

“I started thinking about a career in research and opportunities to develop new solutions,” she said.

That desire led Powers to the University of North Carolina at Chapel Hill where she earned her doctorate. There she connected with a group of people whose mission was school success. After finishing the program, Powers became the director of at-risk services for the Durham public school district. She then returned to UNC Chapel Hill as a faculty member where she enjoyed teaching and doing research. Eventually, the dean asked her to consider becoming the associate dean. Although she hadn’t previously considered a career in administration, she said yes, and the work was a fit.

“I enjoyed solving problems and removing barriers,” she said of the role.

In 2012, Powers and her family moved to Idaho where she accepted a faculty position in the School of Social Work at Boise State University. Several years later, she moved into administration again.

Today, Powers is the associate dean of the College of Health Sciences at Boise State. She supports the success of the faculty as they serve around 5,000 students in the largest college at the university.

“I absolutely love my job,” she said. “I know that is a real privilege. Not everyone gets to say that, but I am passionate about higher education focused on health care.”

For Powers, every day at her job is different.

“I get to visit with faculty and shape policy that impacts students and their success,” she said. “It feels really important and a privilege to be able to shape those things. I am never bored, and I always get to learn new things.”

Powers also carries with her a sense of responsibility to invest in others the way she knows people invested in her. She is willing to admit her own shortcomings and wants others to know she isn’t perfect. Her humility helps her stay grateful for work.

“I feel so fortunate to have found a career that so perfectly aligns with my faith, beliefs, and values. I feel so lucky,” she said.

Joelle is married to fellow PLNU grad Ben Powers (’98). The two have kept their education and careers in sync over the years. Ben attended medical school at UCSD while Joelle earned her MSW. Then he did his residency at Duke while she earned her doctorate from UNC. Both of the Powers’ sons were born in North Carolina. Their oldest will be a high school senior in the fall of 2022 and their youngest a high school freshman.

When Powers isn’t working, she has developed a love for cooking.

“It brings me so much joy,” she said. “I don’t think I’m a very creative person by nature, but that’s the exception.”

She also enjoys walking and doing hot yoga most days of the week.

“We are fortunate to have some of our closest friends from Point Loma live here and both sets of our parents,” she said. “Spending time with all of those folks is a privilege.”

In addition to the lifelong friends the Powers made at Point Loma, Joelle is grateful for the way her college experience has influenced her life and career.

“I will always be grateful to Point Loma because that is where this career path started for me,” Powers said. “Point Loma was just a critical part of my growth and formation — more so than I certainly ever expected at age 19. I credit a lot to being able to attend there and the ripple effect that still plays out in my everyday life. I wouldn’t have even known to hope for that.”