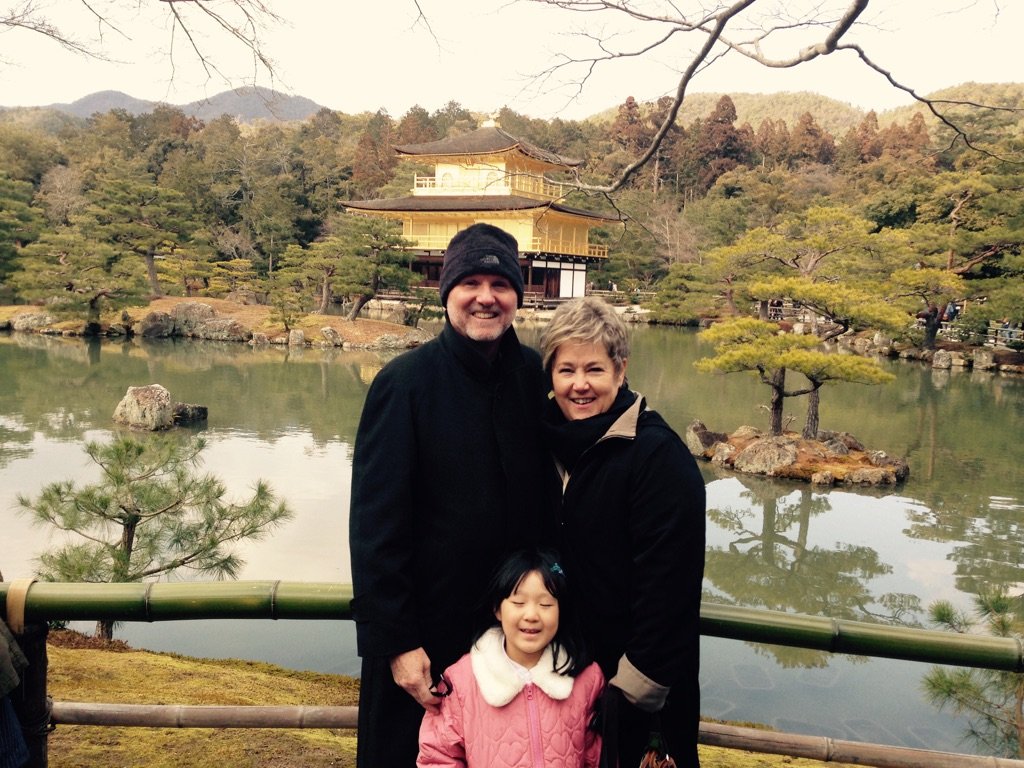 A young girl completes her education, thanks to the church. Another child graduates after being sponsored and returns to the community to serve and support others. A group of siblings grows up with a deep love and respect for cultures different than their own.

These are stories from the lives of John (74) and Vicki (74) Moore. Through more than 35 years of ministry, the Moores have witnessed God’s people making a difference in their lives and in the lives of others. They’ve learned that people from cultures around the world can teach each other new and valuable ways of living lives of faith.

“It has been an immense privilege to see the church globally,” John said. “To see the mosaic that God has created of his people is one of the highest privileges that we could have been afforded.”

John and Vicki were prepared for their ministry during their time at PLNU.

“Both of us would probably say the impact the university had on our lives was huge,” John said. “We were both shaped personally and our marriage was shaped there because of the professors who spoke into our lives and, of course, because of our studies.”

We were both shaped personally and our marriage was shaped there because of the professors who spoke into our lives and, of course, because of our studies.

“The people there made me thirst for more knowledge and better character – stronger character,” said Vicki, who was an English letters major.

Vicki recalled a specific time after she and John, who were already married at the time, had traveled with one of the university’s singing groups. The professor, Dr. Frank Carver, knocked on their door after they returned. He apologized to them because he felt his spirit had lacked humility on the trip.

“Wow, if that doesn’t shape your character!” Vicki said of the encounter. Her professor’s willingness to apologize to students made a lasting impact.

Carver also had a significant influence on John.

“I remember as a freshman, Dr. Carver said in a theology class, ‘God is a God of grace. You could go out and do the worst thing imaginable as a human being, and he wouldn’t love you any less. You could live as perfectly as imaginable, and he wouldn’t love you any more. I was so impacted by that … I left the class, and I was weeping. I remember trying to hide in some bushes by the library. It was a cleansing moment in my life.”

After graduating from Point Loma, the Moores moved to Kansas City in 1977 so that John could attend Nazarene Theological Seminary while Vicki worked as a teacher.

Subsequently, John and Vicki were asked to plant a new church in Chino, California, where they served for 10 years. In 1987, they were called to Australia, where they moved with their children, who were 10, 8, and 5 months old at the time. They taught at Nazarene Theological College in Brisbane for five years; John also pastored the church plant on the campus. In 1992, the Moores were called to Concord, California, to pastor John’s home church. During their time there, the church provided services in five different languages. In 2006, the Moores moved to Budapest, Hungary, where John served as district superintendent, assistant field strategy coordinator (FSC) of Northern Europe, and as the Eurasia Region’s Evangelism and Church Planting Coordinator.

“We served in various countries where the church had recently entered and needed resourcing and development,” John explained.

Five years later, in 2010, the Moores moved back to Australia, and John served as the Asia Pacific Regional Education Coordinator and the FSC for Australia and New Zealand. From there, he became the Global Mission Capacity Development Coordinator in 2019. In this role, he works to equip FSCs globally.

Having prepared for a teaching career at PLNU, Vicki initially taught in an underprivileged Title I program in Kansas City. While she views her primary place of service as the home among her four children, their spouses and 6 grandsons — and finally a granddaughter on the way — she has had an extended teaching career in a number of world areas including China, some countries of the former Soviet Union, Australia and New Zealand, India, Switzerland, Denmark, Germany, the UK, and other countries in Asia and Eurasia. Her administrative responsibilities have extended to oversight of missionary and field teams in the areas of finance, compassionate ministry, education, and work and witness.

Since the pandemic in 2020, the Moores have continued to serve in a remote capacity from Merced, California.

For both John and Vicki, in each place they have ministered, the relationships they formed have been the most meaningful aspect of their experience.

“Getting to know people around the world, how they live, what moves them, how they raise their children, what they value – that has been the most rewarding part,” said Vicki. “People talk about the sacrifices we’ve made to serve the church in world missions, but I don’t feel like we’ve sacrificed.” 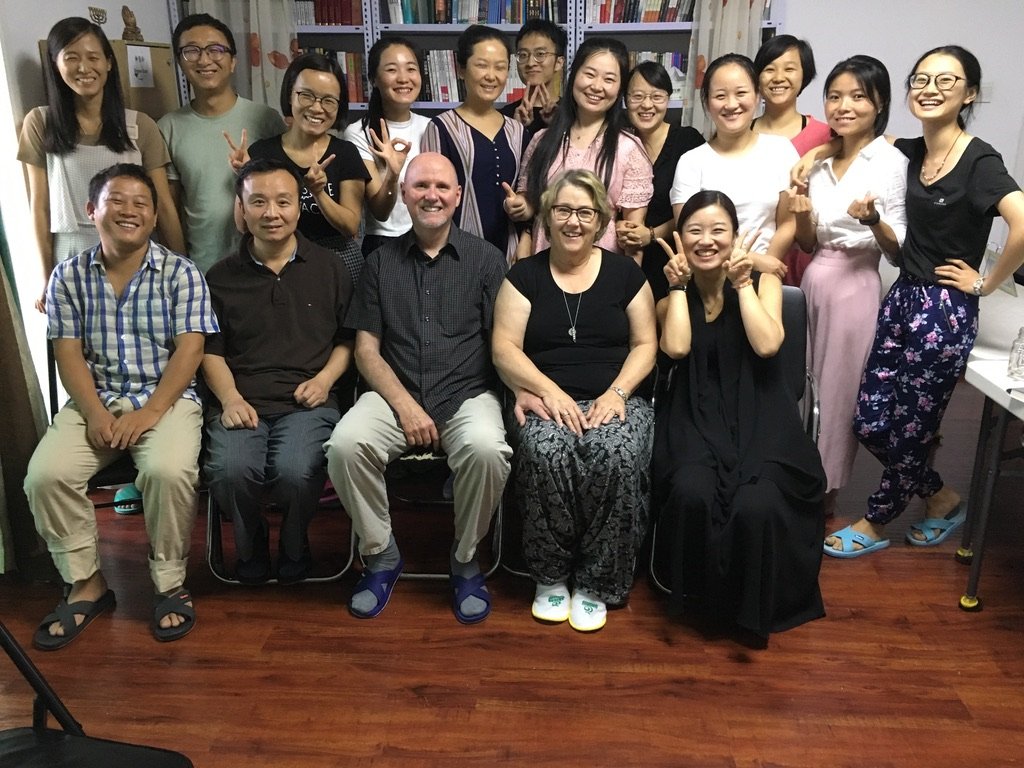 Getting to know people around the world, how they live, what moves them, how they raise their children, what they value – that has been the most rewarding part.

However, relationships have also provided the greatest challenges and opportunities for growth at times.

Accepting that conflict is a natural part of ministry and seeking to serve and grow through hard times has been a worthwhile challenge.

“I think we tend to idealize the church as a community that is faultless,” John said. “We weren’t into the pastorate in Chino six months before we hit our first conflict.”

Facing conflicts and criticisms is difficult and may prompt some pastors and missionaries to consider quitting. “You have to ask yourself why are you doing this and for whom?” John said. “Even to do it on behalf of the church isn’t enough to get you through. It has to be something higher.”

The Moores have tried to see difficult arenas as opportunities for grace, asking “How do I love? How do I leave this person better?” John and Vicki have built their lives around sharing Jesus’ love with others – in both easy and difficult circumstances.

“Point Loma said, ‘We are a Christian school and we are going to encourage you to figure out what that means for your life,” John said. “A person comes out equipped to deal with whatever questions arise. I think that’s one of the reasons we really wanted our kids to go to Point Loma. We trusted the staff and the process not to tell them what to think. We had raised our kids to think for themselves and to come to their own conclusions within a framework that we tried to offer them. We are really grateful to Point Loma for the stewardship of our children.”

John and Vicki’s children are: James, who attended PLNU from 1994-1996 before transferring to MidAmerica Nazarene University to study agriculture; Alyssa (01); Alex (09), and Melissa, who joined the Moore family during their time in Concord. Melissa was a part of their church youth group and needed a home. “We unofficially adopted her and she has been one of ‘ours’ since,” Vicki explained.