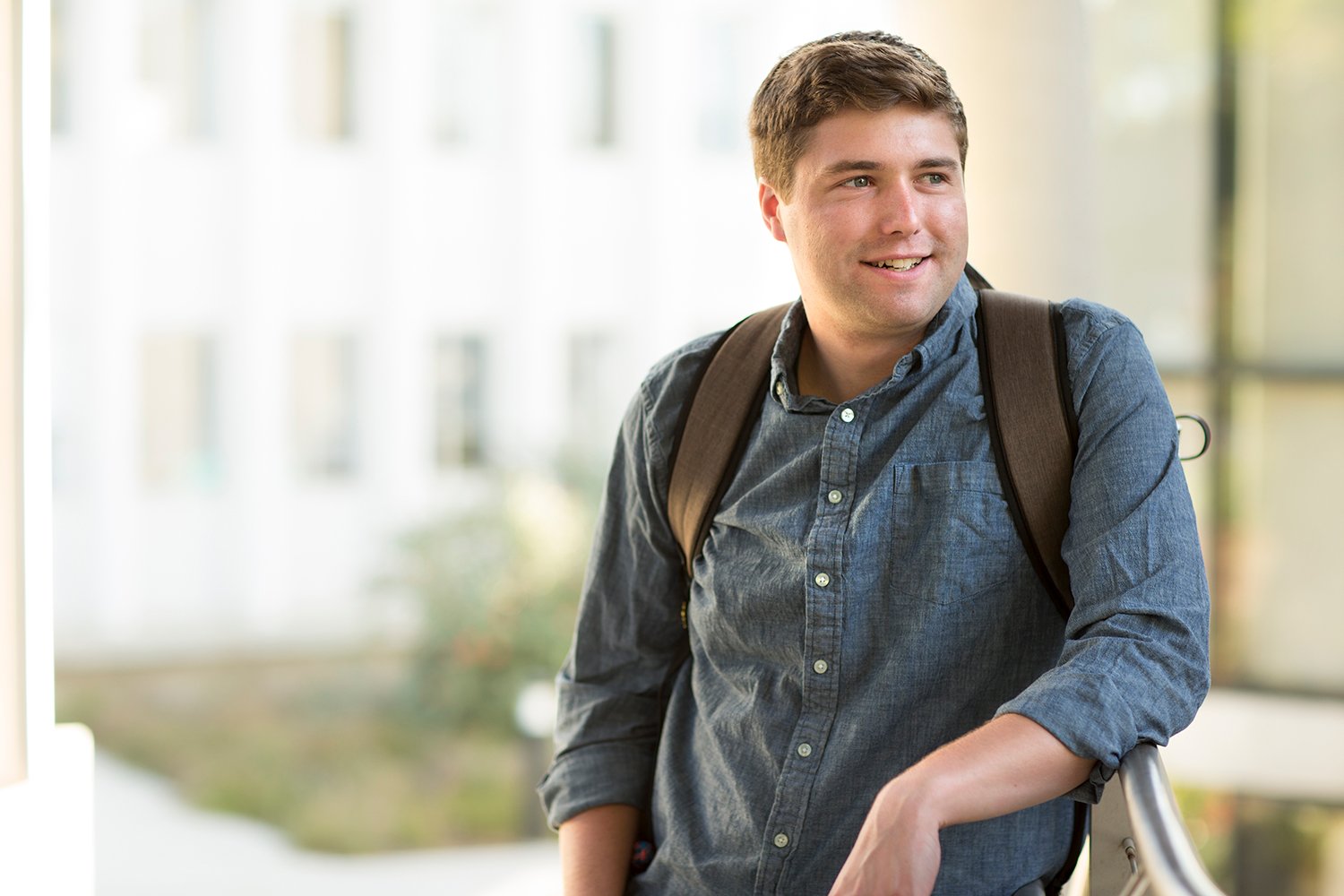 Josh Cypert (18) grew up in the Visalia Church of the Nazarene. By fourth grade, he knew he wanted to be involved in missions work in some form or another. By his senior year of high school, he knew he wanted to serve others by pursuing nursing as a profession. He was ready and excited to be attending PLNU, a school he had visited many times with his church.

Cypert didn’t seem predisposed to have a rocky first year. His struggle with depression and a poor self-image was unexpected. But despite his faith and his focus, Josh did find himself struggling.

“The first semester there are a lot of things you — and your parents — have to get acclimated to,” he said. “There are also so many social factors to navigate. My second semester, I was able to focus on my school work better.”

Still, his sophomore year, after Cypert took a free depression screening offered by PLNU’s Wellness Center, he was advised to pursue counseling offered by the university.

“I went to counseling, and my counselor helped me discover a lot,” he said. “I also found a church home that I wanted to go to regularly, and I talked to my home pastor. Having established a few solid friends really helped improve my point of view.”

Cypert’s unanticipated need for help with depression deepened his compassion for those struggling with mental health issues. He was still interested in pursuing both nursing and missions work, and he also felt fulfilled when he worked with youth at his church — especially youth who were going through depression, abuse, or other difficult situations. Cypert’s spring nursing clinical rotations at the locked psych ward of Rady Children’s Hospital showed him how all these passions could coalesce into a career. He realized after 16 hours at Rady that he wanted to pursue a nursing focus of adolescent psychiatry.

Related Article: It wasn’t faith that Stephanie Ruiz found at PLNU. It was love. And truly understanding God’s love proved to transform both her faith and her life. 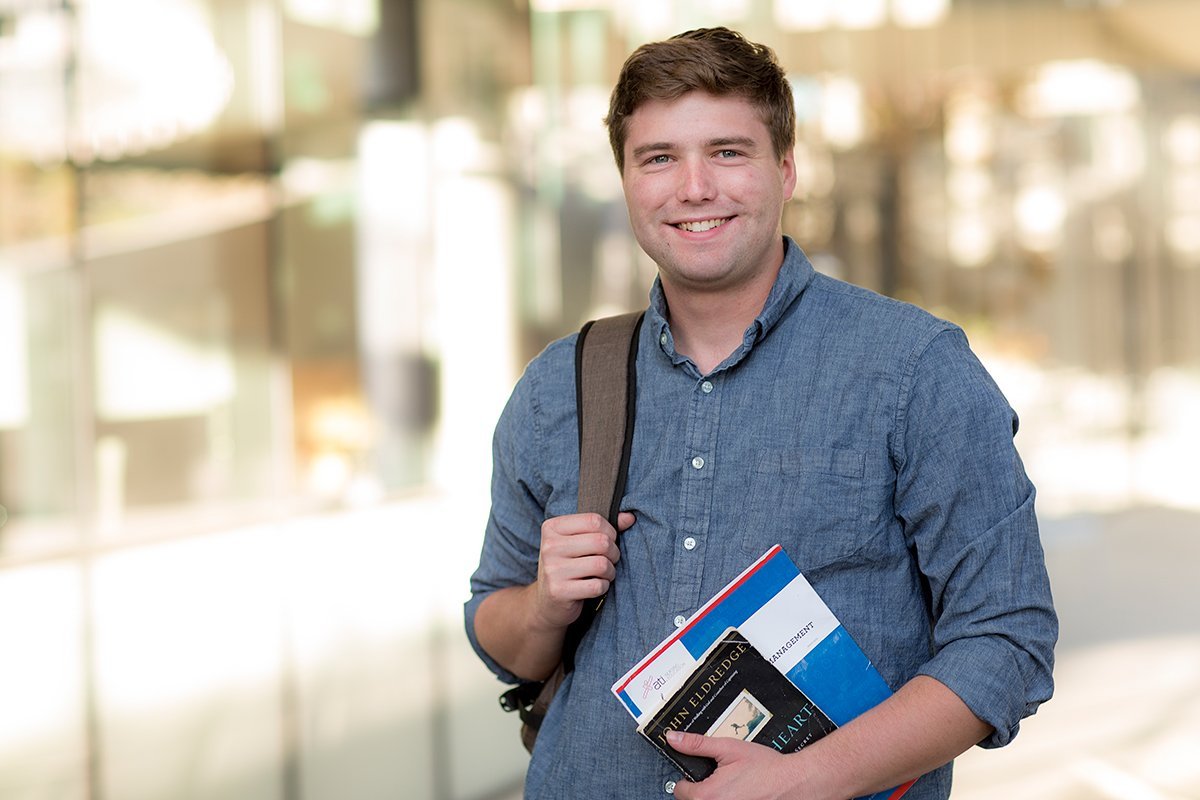 Cypert’s unanticipated need for help with depression deepened his compassion for those struggling with mental health issues.

“I feel I can make the biggest impact for God in the adolescent psychiatry setting,” Cypert said. “Bringing the light of Christ into that setting can have a really positive impact. In nursing, we learn about the spiritual care of patients. Even though you can’t openly initiate conversations about God, you can respond if someone brings it up. And my professors are giving me the tools to be able to preach the Gospel without ever having to say a word.”

Cypert felt a strong connection to many of the children he met at Rady. One girl in particular was exhibiting behaviors characteristic of severe autism even though she wasn’t autistic. It turned out, her behaviors were the result of abuse. When Cypert saw her beginning to interact with others in her class, he knew this was something of which he wanted to be a part. In fact, he applied for a job to assist in that unit while he finished school.

Another formative experience for Cypert was being part of a LoveWorks short-term missions team to Romania.

“In Romania, we got to see how mental health works in the mission field,” he said.

Cypert and his team worked with Open Door, an organization responsible for establishing the first emergency shelter for victims of trafficking in Romania. Cypert and his team not only helped with building projects but also provided counseling and support for the young women at the shelter.

“I did counseling with girls whose language I can barely speak,” he said. “I learned how we can show God’s love even with those who are from a different culture and language. I learned how to love people that most people don’t think are lovable. It made me realize how much of a brother I am called to be.”

Related Article: The world has never been an easy place. But choosing risk and vulnerability over differences can create change.

“I learned how we can show God’s love even with those who are from a different culture and language. I learned how to love people that most people don’t think are lovable.

Cypert was exposed to deeply troubling stories and statistics.

“When I heard that up to 90 percent of children from the Romanian gypsy village experience sexual mistreatment by the age of 10, I knew I would have to learn how to make sure I keep myself in check despite my anger. It taught me a lot about how God works in broken places. I saw some of the girls get significantly better.”

For instance, once he returned to the U.S., Cypert was heartened by the news that one young mother he had met at the shelter had just finished chef school.

“Now she has the ability to get a job and provide for her son,” he said.

Cypert knows he wants to be part of stories like that. He wants to be part of helping his nursing patients heal from their past hurts and psychological pain, and he wants to return to Romania. His passion for missions has not waned, and he knows that with his adolescent psychology nursing focus and education from PLNU, he will be equipped to make a difference by letting God’s love shine through him. Having now graduated, in October, Cypert will begin the nursing new graduate program at Rady. He is also currently involved with his church’s anti-human trafficking ministry.